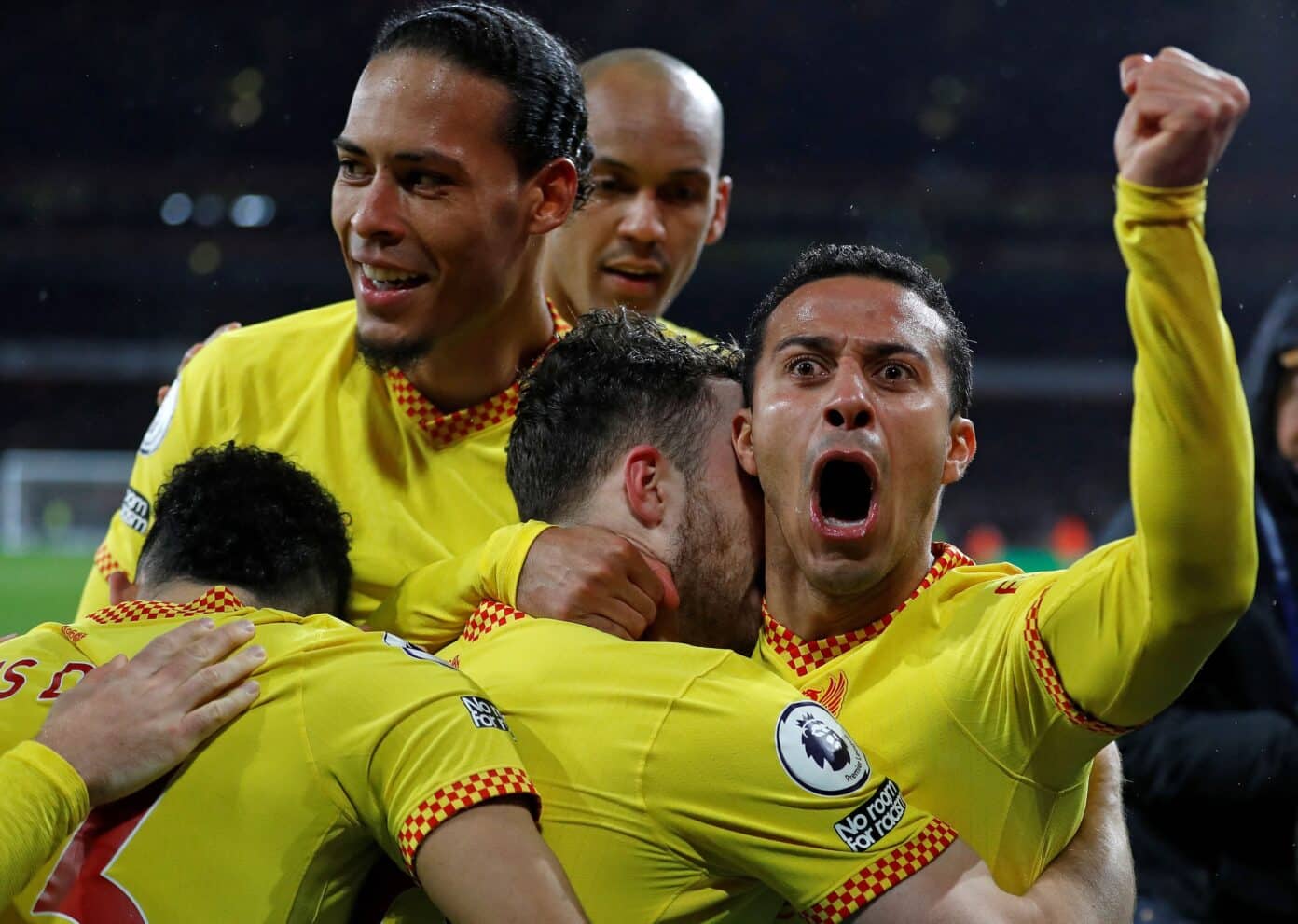 Liverpool beat Arsenal 2-0 at the Emirates on Wednesday night as they narrowed the gap with Man City at the top of the Premier League table to just one point.

Liverpool struggled to exact any kind of control on proceedings in the first half, which saw an early chance for Virgil van Dijk but little else on the attacking front as both sides remained at a stalemate at the break.

Diogo Jota handed the Reds the lead through an excellent left-footed finish that squeezed in at the near post before substitute Roberto Firmino's deft finish found the back of the net from close range to make it 2-0.

Despite Arsenal's best efforts, Liverpool thwarted any opportunities from arising as they saw out a crucial victory that sees them move within touching distance of Pep Guardiola's side, with all focus now turning to the FA Cup quarter-final clash against Nottingham Forest on Sunday. 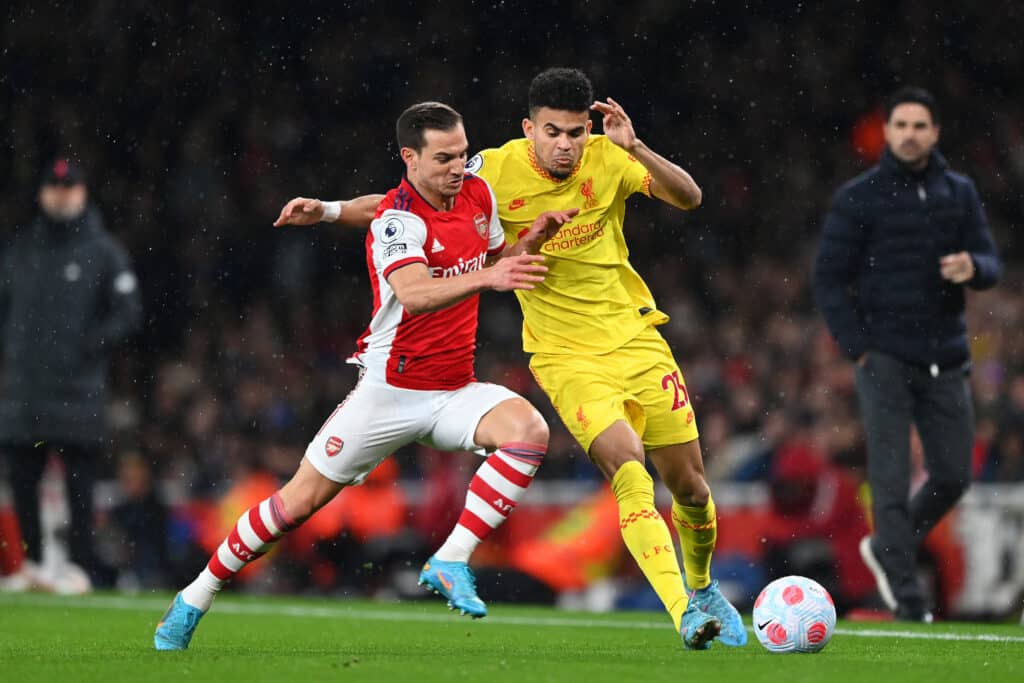 Jurgen Klopp made two changes to the side that beat Brighton at the weekend as Thiago came into midfield in place of Naby Keita and Diogo Jota replaced Mohamed Salah in attack, with the Egyptian only fit enough to start from the bench.

Virgil van Dijk did well to peel away from the crowd from a Trent Alexander-Arnold corner as he connected with the cross and directed his header towards the bottom corner, but goalkeeper Aaron Ramsdale was up to the task as he turned the ball behind.

Arsenal began to dominate the ball and threaten through the likes of Gabriel Martinelli and Bukayo Saka, who led the way for the hosts and put together some promising moves, but the final ball was often lacking.

Liverpool struggled to find any attacking rhythm in retaliation, with Arsenal sticking to a compact shape and picking their moments to push up high and knit together a quick counter-attack.

Whilst Arsenal's threat somewhat waned after the midway point, the Reds were unable to gain the upper hand as both sides cancelled each other out, although their attempts to gain the ascendency were undoubtedly frenetic. 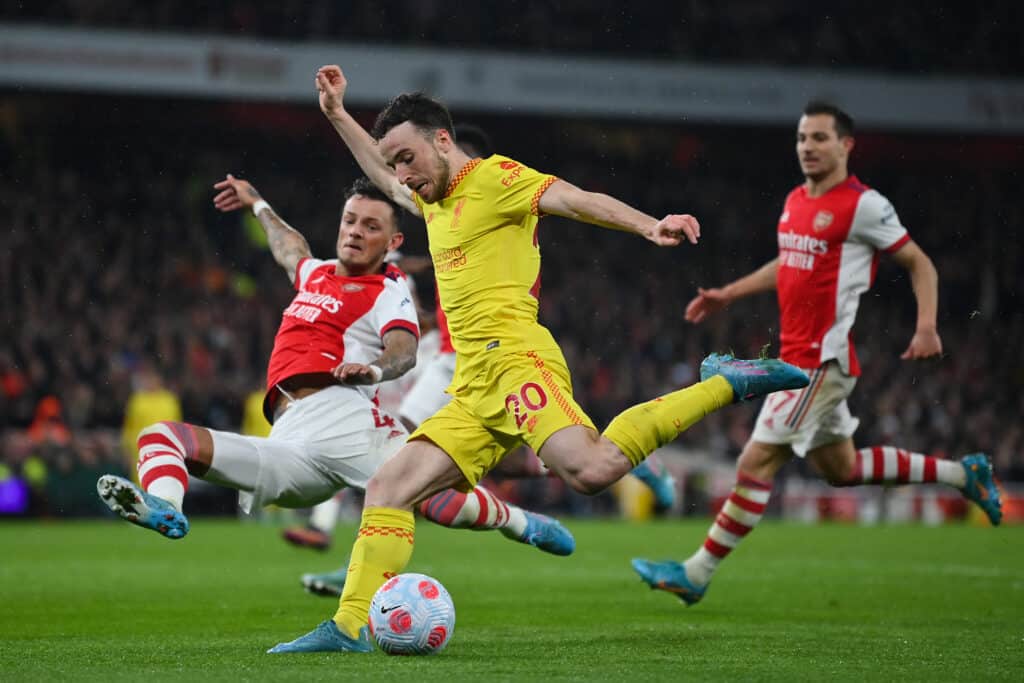 An incisive lofted ball by Alexander-Arnold found Mane's run in behind Arsenal's defence just seconds before the half-time whistle, but he could only fire over the crossbar from close range.

Liverpool thought they’d broken the deadlock seconds after the restart as Jordan Henderson’s threaded ball to Mane was calmly finished by the Reds forward, but the linesman rightly disallowed the goal for offside.

A careless back-pass by Thiago allowed Alexandre Lacazette in, who in turn found Martin Odegaard, but Alisson made an excellent save to deny the Norwegian and save Thiago's blushes.

But the Reds finally took the lead minutes later as Thiago slipped in Jota, with the Portuguese international squeezing a low left-footed strike past Ramsdale at the near post to make it 1-0.

He immediately made way for Roberto Firmino, with Diaz also being withdrawn in place of Salah, who took up his usual position down the right, with Firmino leading the line and Mane going back to the left. 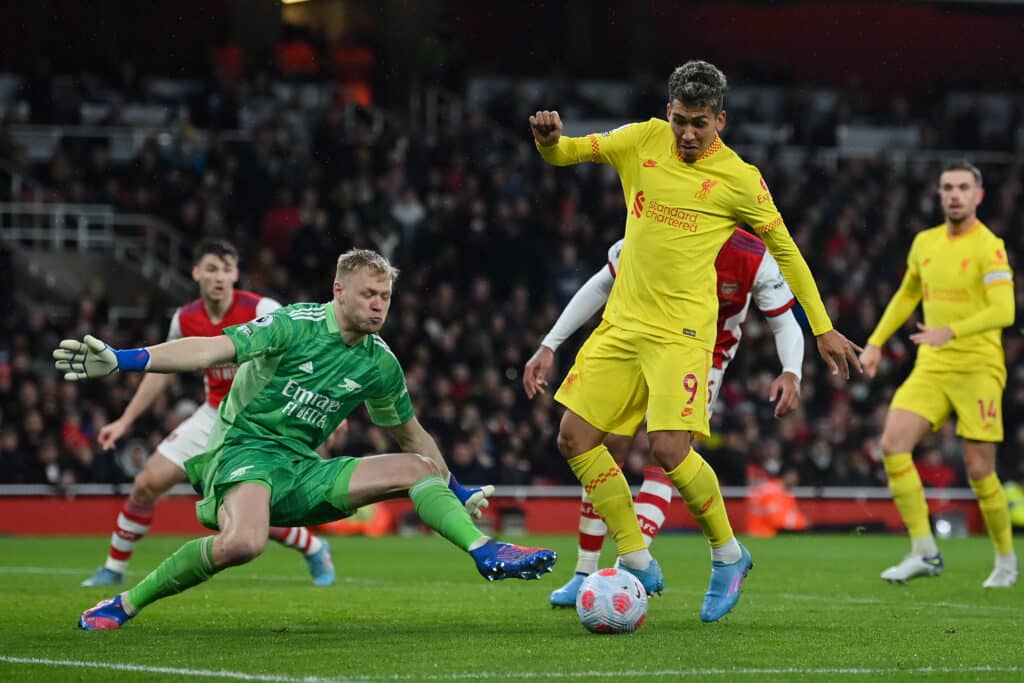 It didn't take long for the substitutes to make a difference as Salah saw his effort blocked and cleared before Andy Robertson won the ball back down the left and found Firmino at the near post with a drilled low cross, with the Brazilian's delicate touch squeezing under Ramsdale to give the Reds a 2-0 lead.

Liverpool took the sting out of the game for much of the remaining minutes, with the Reds well-drilled defensively and plugging any gaps to ensure no way back for Mikel Arteta's side.

Martinelli found space inside the box late on and looked favourite to find the far corner with a side-footed finish, but the ball failed to curl inside the post as it went behind without troubling Alisson as it ultimately finished 2-0 to the Reds.