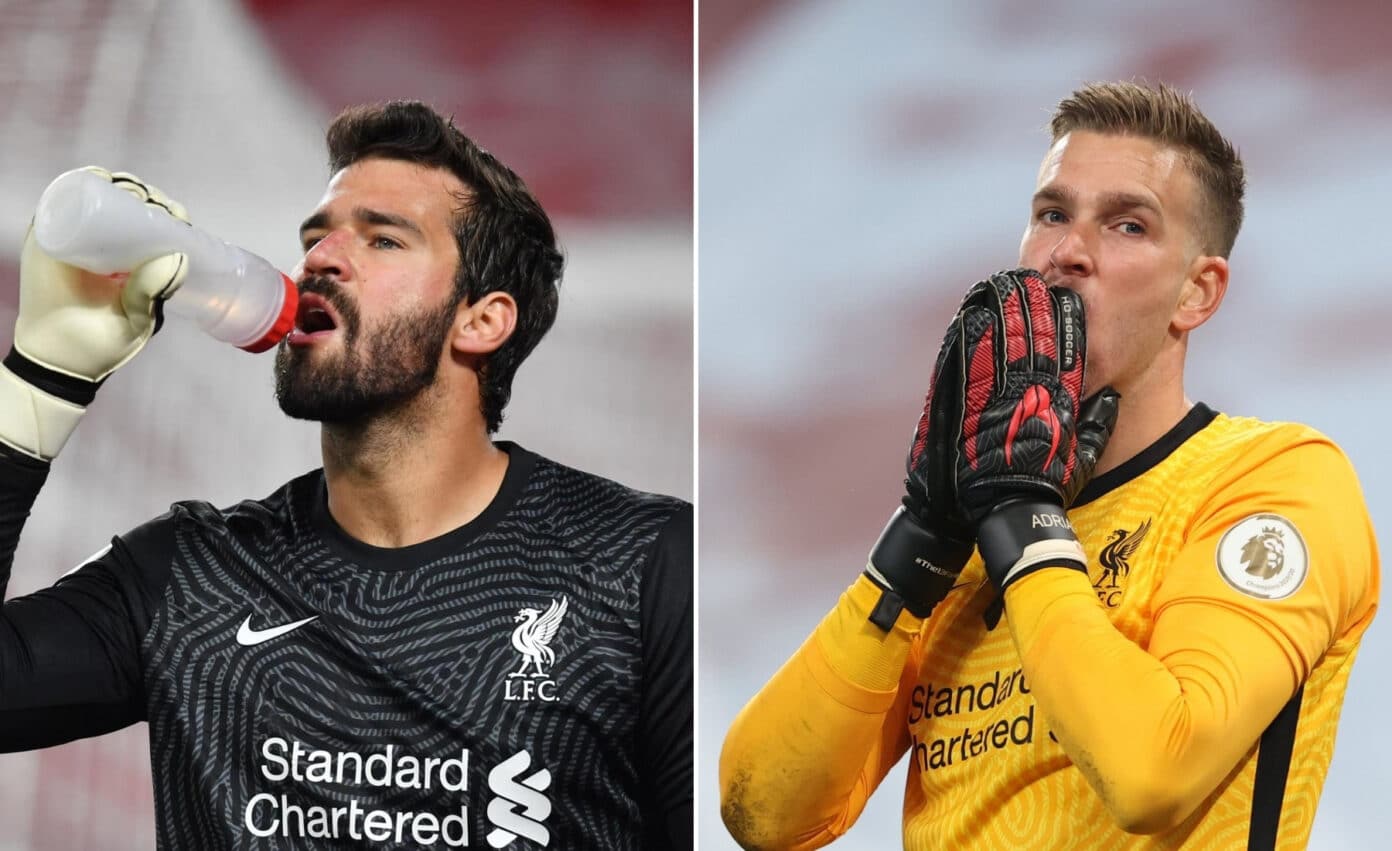 Liverpool goalkeeper Alisson is set to be sidelined for up to six weeks, Jurgen Klopp said after the Reds' humiliating 7-2 defeat against Aston Villa.

It was a night to forget for Liverpool as a hattrick by Ollie Watkins and goals from John McGinn, Ross Barkley and Jack Grealish gave Villa a shock 7-2 win against Klopp's side.

Alisson missed the fixture after sustaining a shoulder injury in training on Saturday. Klopp confirmed before the clash that the Brazilian would be unlikely to return for the Merseyside derby after the international break.

He did not put a timeframe on the injury, but speaking after the defeat on Sunday night, he revealed Alisson could miss between four to six weeks of action.

"I don’t want to put a timeframe on it but four weeks could be possible, six weeks is maybe more likely, but I don’t know. We have to assess this thing, that’s how it is."

Should Alisson miss the full six weeks - as Klopp says is likelier - he could miss seven games, including the first round of Liverpool's Champions League fixtures and a clash against Manchester City at the Etihad.

Adrian will fill in during Alisson's absence, but his error for Aston Villa's opener will not instil confidence in many supporters' minds.

However, Klopp insisted Adrian "was not the problem" as he defended his deputy goalkeeper from any forthcoming derision.

"But not only because of tonight, it’s now easy and people are like this – I’m not sure if journalists are like this as well – but now people will go for Adrian and stuff like this," Klopp said.

"Yes, the first goal was not cool, of course. But apart from that, I don’t think he had anything to do with all the other goals pretty much. We didn’t help him tonight, let me say it like this, or we even did the opposite.

"He’s a really good goalie who played 11 [Premier League] games for us last year and I think we won pretty much all of them. It’s all fine.

"Tonight our goalie was not the problem. Only around the first goal. And the reaction for that first goal was not his problem, that was then our problem. 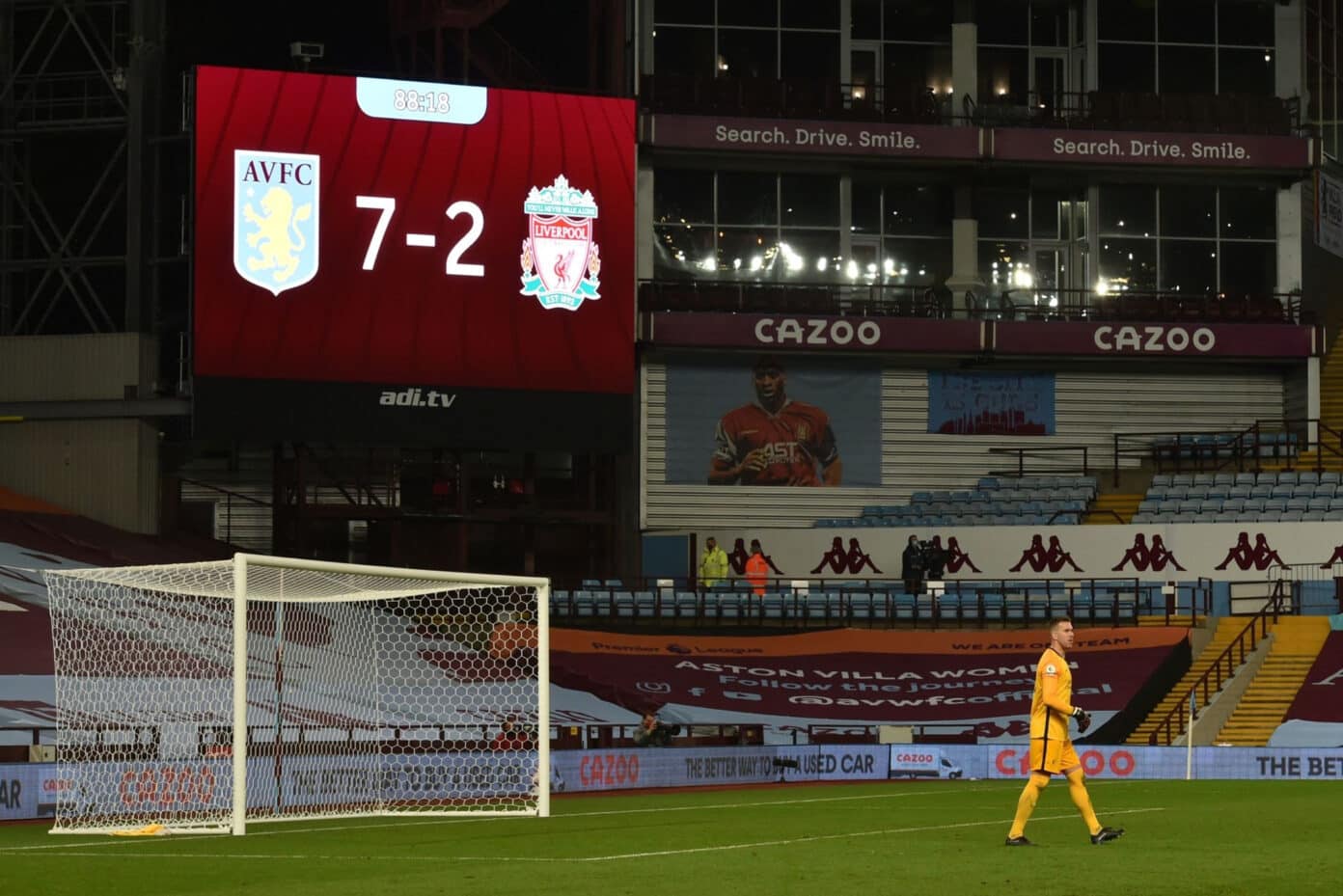 "We have to do that better, we can do that better. It’s quite strange when you see a game like this, not that I saw these games like 20 times from my team, I see all these things and I’m old enough to know strange things can happen in life and in football.

"But I saw all the things that happened tonight and I know that if you lose the decisive challenges you will lose football games. We did that tonight.

"If you protect your own offensive stuff not properly, you will get in trouble. And we got in trouble tonight. And all these things happened tonight.

"You could see in moments – and I don’t think I had to say that a lot – but tonight in different challenges Aston Villa definitely wanted it more than us.

"That’s something I saw and I don’t like obviously, but now the boys go to their national teams and when they come back – hopefully healthy, all of them – then we have two days’ time to prepare the Everton game and then we have the chance to do better."