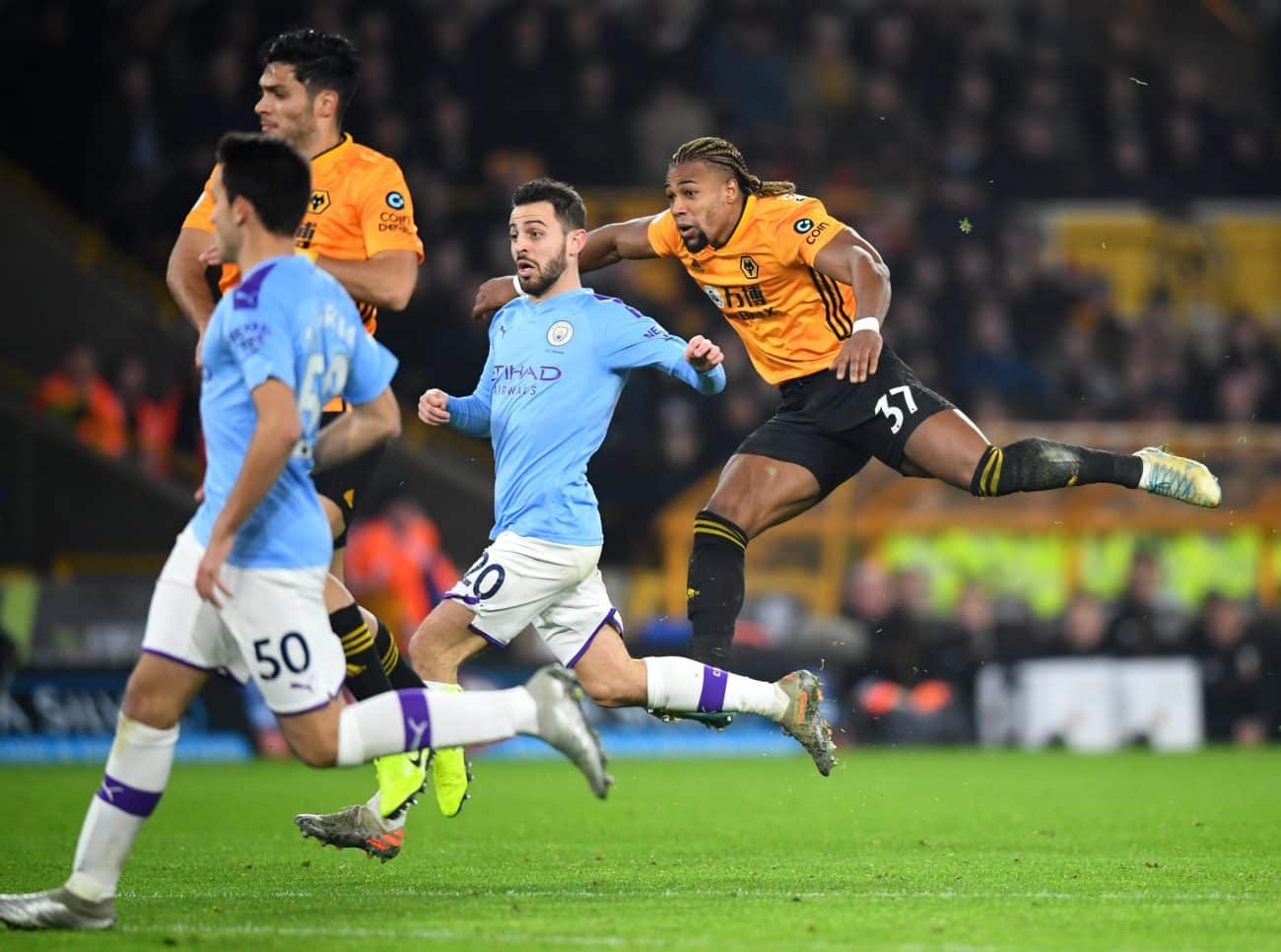 Liverpool were handed a further advantage at the top of the Premier League as Manchester City fell to a 3-2 defeat at Wolves.

The result leaves Liverpool a staggering 14 points ahead of last year’s champions, with a game in hand, whilst they hold a 13-point lead over second-placed Leicester City, who they thrashed 4-0 on Thursday.

The Reds face Wolves at Anfield on Sunday as they look to further strengthen their position at the top of the table with a win in their last game of 2019. 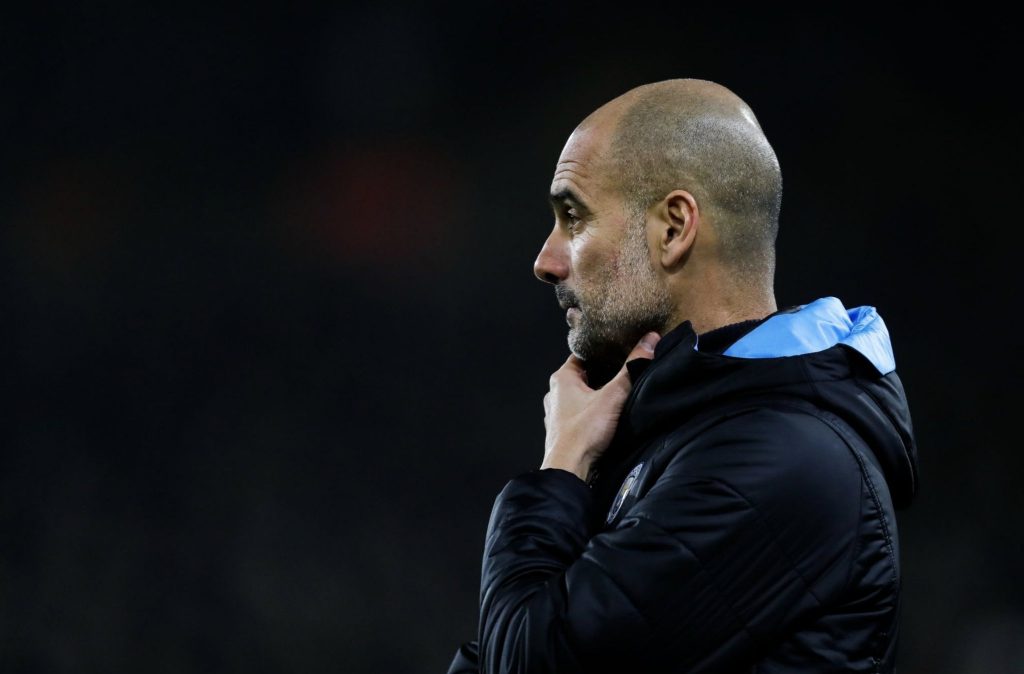 City got off to the worst possible start in front of a raucous Molineux crowd as goalkeeper Ederson was sent off for a challenge on Wolves forward Jota.

Raheem Sterling could have given the visitors the lead after VAR ruled a penalty in favour of City, but the England international had his penalty saved by Rui Patricio.

In a remarkable twist of events, VAR ruled the penalty to be retaken after Conor Coady was adjudged to have infringed the box. Sterling went the same way only for Patricio to save again. However, the rebound fell straight back to the City forward, who tucked home with ease.

City doubled their advantage five minutes after the break as Sterling grabbed his second of the game. 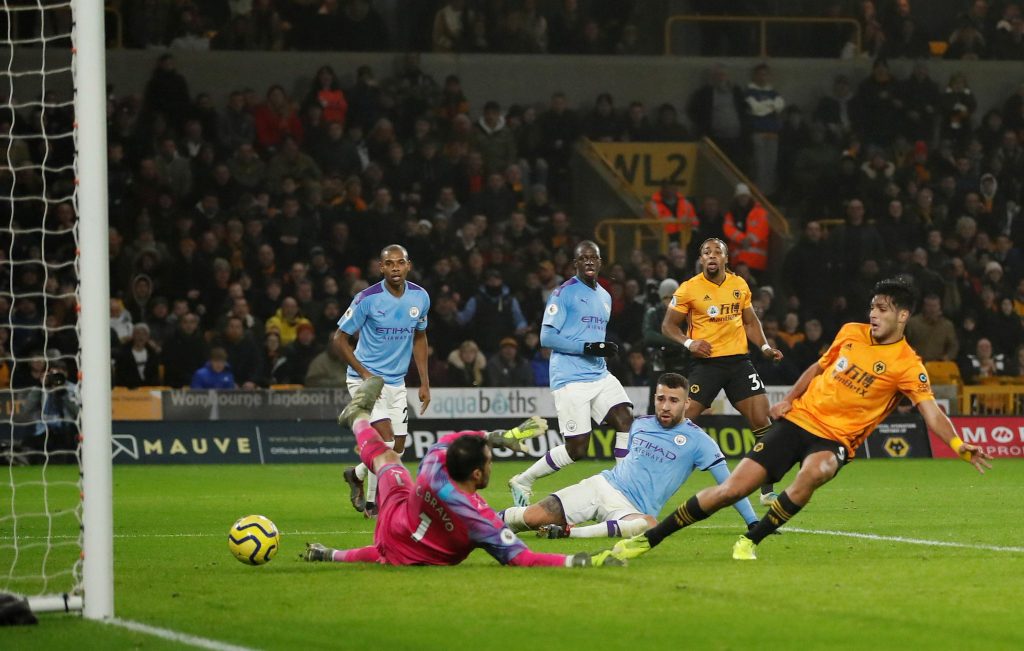 However, Wolves were not willing to lie down as Traore fired home from long-range past the outstretched Claudio Bravo to get themselves back in the game.

Wolves began to make the one-man advantage count and grabbed an equaliser with a little less than ten minutes left through Jimenez, who tucked home after good work from Traore.

A draw would have been a disappointing enough result for Guardiola. However, things got even worse in the final minutes as Doherty scored a fantastic goal from outside the box to hand Wolves a remarkable 3-2 win.

The reigning Premier League champions are now 14 points adrift of Jurgen Klopp's side, who remain huge favourites to lift the trophy in May.

Disclaimer: Wolves vs Man City highlights are provided and hosted by external sources, notably DailyMotion, Youtube and allstreamup.com. We help you discover publicly available material and act as a search engine. We do not host or upload this material and are not responsible for the content.