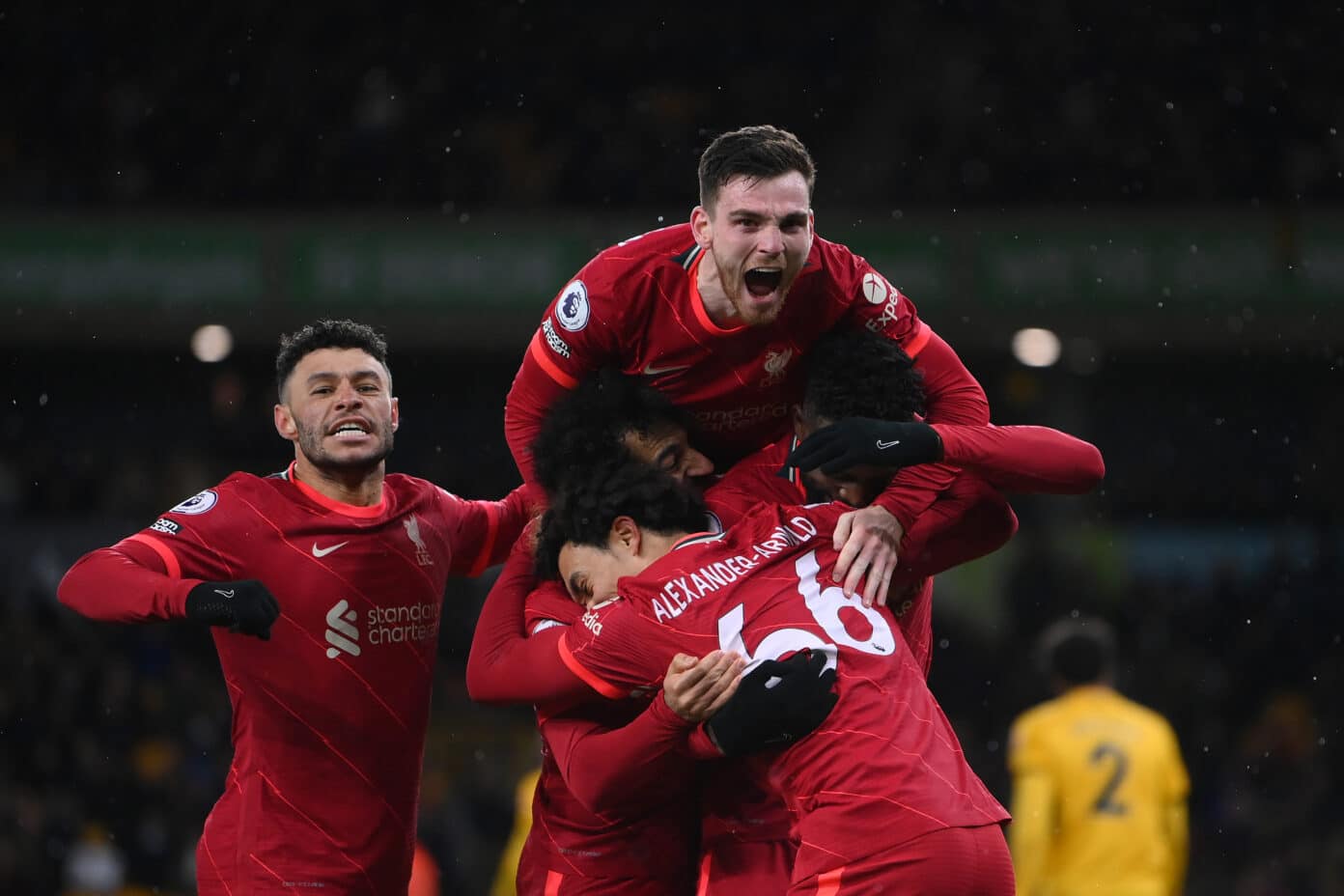 Wolves 0-1 Liverpool highlights: Watch all the highlights as Liverpool beat Wolves 1-0 thanks to an injury-time goal from Divock Origi.

It was a frustrating afternoon of football for the Reds, who dominated the majority of possession but often lacked the final ball against a well-drilled Wolves side.

Chances for Diogo Jota, Thiago and Sadio Mane all went begging as the Reds looked to settle for just the point, but substitute Divock Origi gave them a late three points to take back to Merseyside.

Virgil van Dijk's long ball was controlled by Mohamed Salah before the Egyptian drove into the box and found Origi, who pivoted at the edge of the six-yard box and sent a low finish into the back of the net.

The win puts Liverpool on 34 points - one ahead of Chelsea, who lost against West Ham earlier in the day, and two ahead of Manchester City, who play Watford in the late game on Saturday.