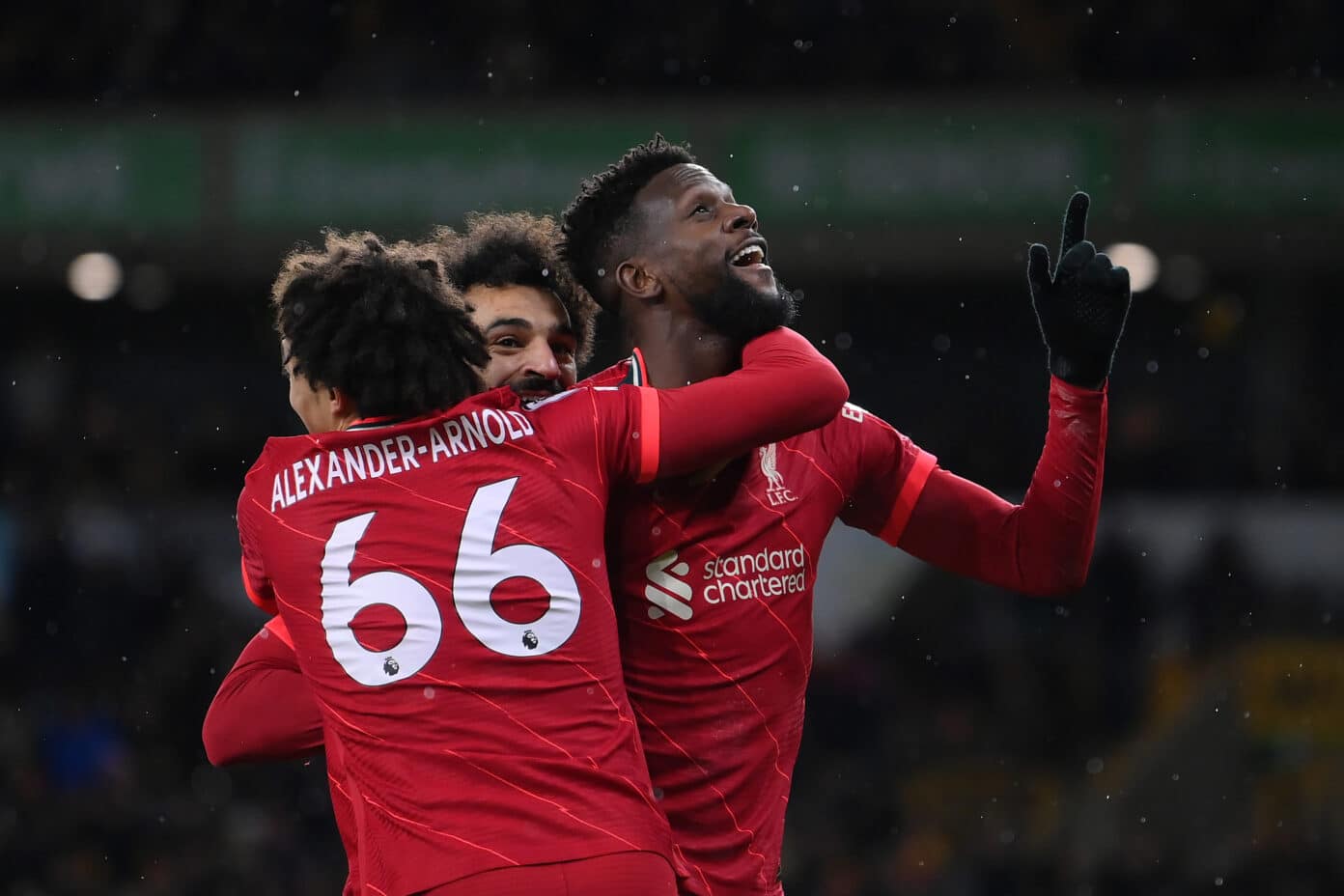 Divock Origi scored in injury time to give Liverpool a remarkable 1-0 victory against Wolverhampton Wanderers at the Molineux on Saturday.

It was a tight first 45 minutes between the two sides, with Wolves digging in deep to ensure Liverpool had little room to exploit and create any openings.

The game looked set to finish goalless after the Reds missed a number of opportunities, most notably one from Diogo Jota, who hit the ball directly at Conor Coady on the line after a mistake from goalkeeper Jose Sa.

But the Reds stole all three points in the final minutes as substitute Divock Origi met Mohamed Salah's low ball inside the box before turning and finishing past Sa to send Liverpool to the top of the Premier League table ahead of Man City's clash at Watford later in the day. 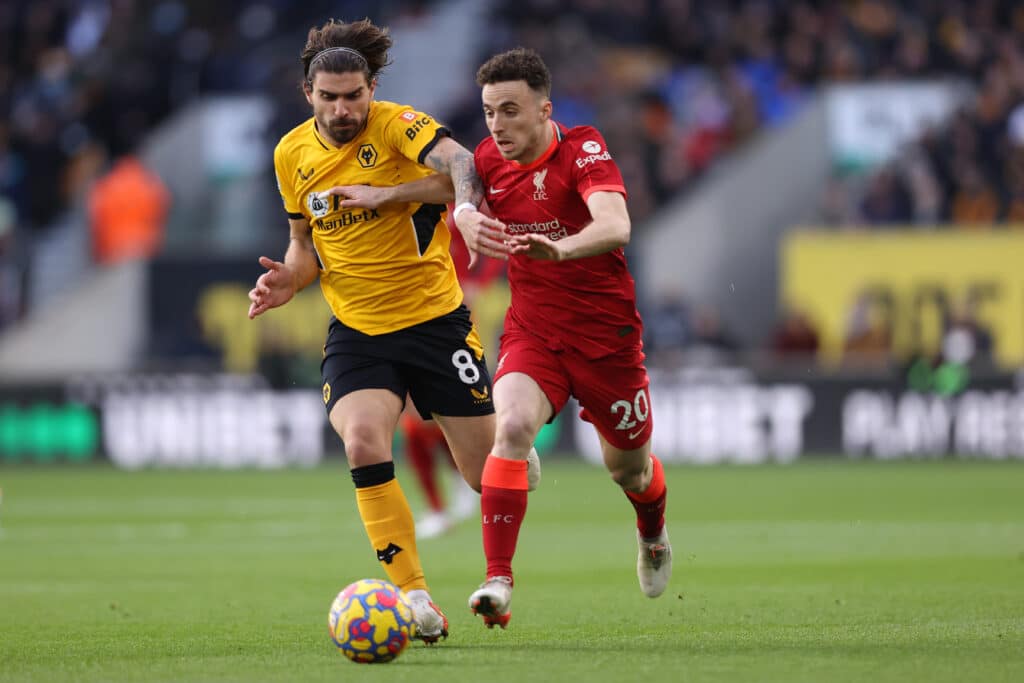 It's not often manager Jurgen Klopp names an unchanged starting eleven, but the boss sent out the same side that convincingly beat Everton in midweek to the pitch against Bruno Lage's side.

Neither team were able to take control of the early proceedings, with both sides pressing high and looking to get on the ball.

An excellent ball from the outside of his boot by Trent Alexander-Arnold found Diogo Jota in space inside the box, but the former Wolves forward’s strike was blocked before his header from the ensuing corner was also intercepted.

A couple of inventive passes in midfield from Jordan Henderson threatened to open up the Wolves defence, but the hosts did well to close off any gaps and congest the area outside their box.

Andy Robertson’s pull-back failed to be met by a Reds shirt before the fall reached Thiago at the edge of the box. The Spaniard picked out Alexander-Arnold with a fantastic lofted pass, but the Reds right-back was unable to keep his close-range volley on target. 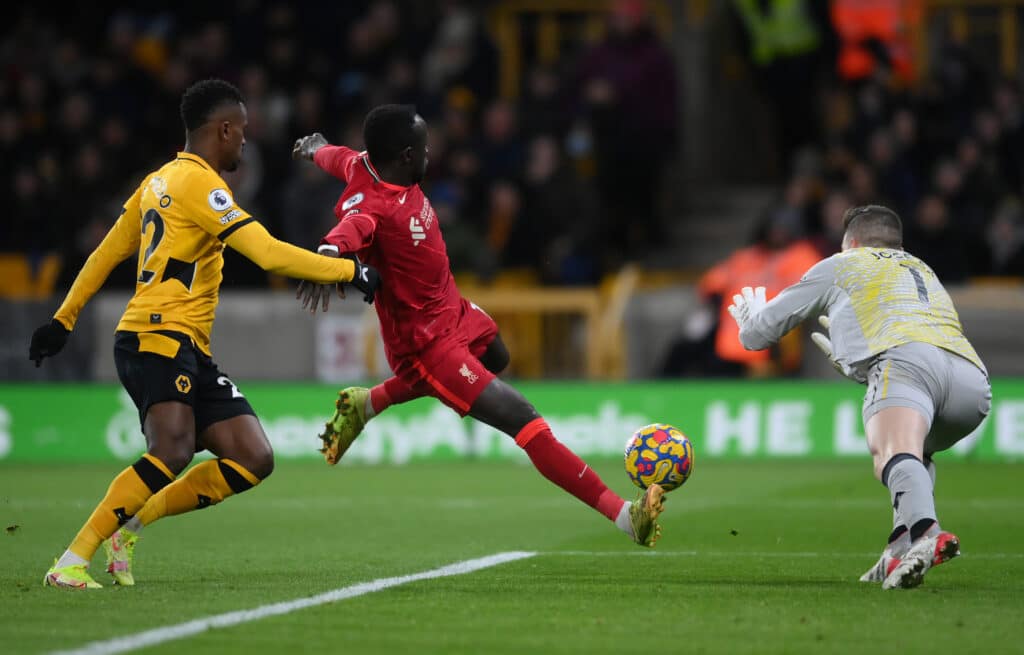 The Reds began to up the ante around the half-hour mark as a well-worked move led to Alexander-Arnold’s inch-perfect cross being met by Jota, but he failed to direct his header towards the right side of the post as a glorious chance went begging.

An excellent move saw Jota combine with Andy Robertson before the latter sent a low cross in towards Mohamed Salah, who looked favourite to tap the ball home, but Romain Saiss made a crucial intervention to nick the ball away from the Egyptian.

Alisson kept the ball away from Adama Traore just before half-time when it looked like the forward was set for a tap-in from Ait Nouri’s cross as both sides went in level at the break.

An unconventional corner saw Salah receive the ball at the far post and drill it towards Thiago, who was unable to convert despite three quick-fire attempts that saw deflections off Raul Jimenez and goalkeeper Jose Sa.

An error by Sa allowed Jota the chance to run through clear on goal but the Portuguese remarkably struck the ball directly at Coady - one of two players on the line - as the Reds missed their biggest opportunity of the afternoon. 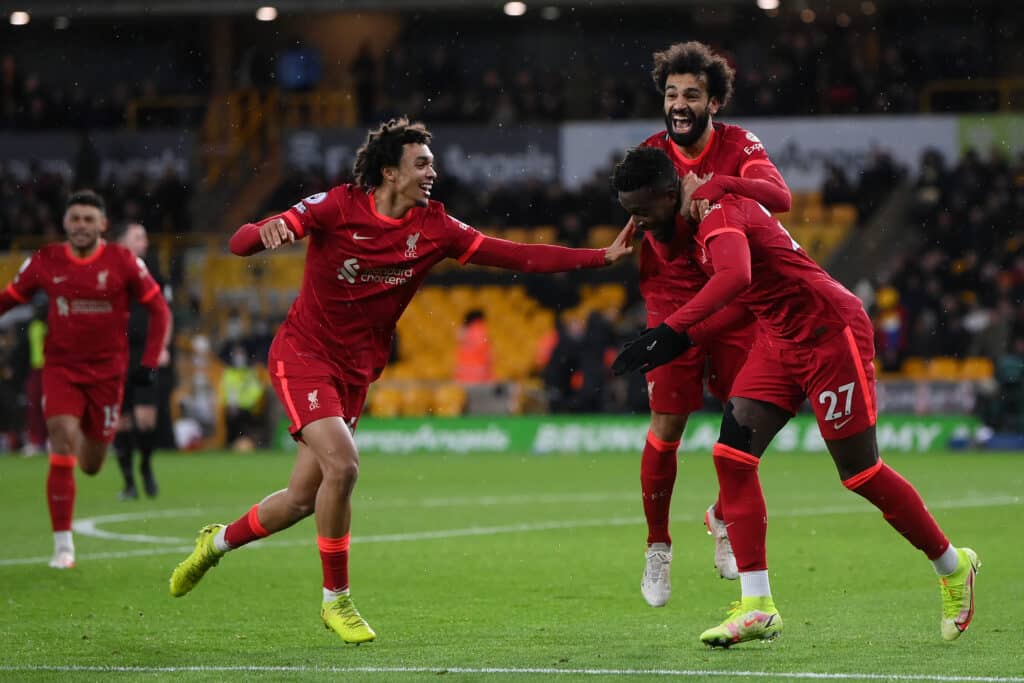 Klopp made a surprise change with a little over 20 minutes left on the clock as Henderson made way for Divock Origi, with Jota dropping deeper towards the midfield.

A supreme combination between Salah and Mane saw the latter played through on goal, but Sa smothered Mane’s effort to keep him out.

Robertson played a one-two with Origi before looking to do the same with Jota as he burst into the box, but Wolves did well to get in the middle as they thwarted yet another Reds chance.

Jota made way for Oxlade-Chamberlain in the final 10 minutes as Klopp looked to add another dimension to his midfield in search of a winner.

The ball fell to an unmarked Mane inside the box in the final stages as he went for an outside-of-the-boot finish, but Sa made an excellent save to deny the Senegal international.

Salah’s turn and shot at the edge of the box was also kept out low to his left by Sa, who was undoubtedly Wolves’ man of the match.

But Sa could do nothing about what was to come as Salah controlled a long ball excellently and found Origi, who turned at the edge of the six-yard box and unleashed a low effort into the back of the net to give the Reds all three points with virtually the last kick of the ball.