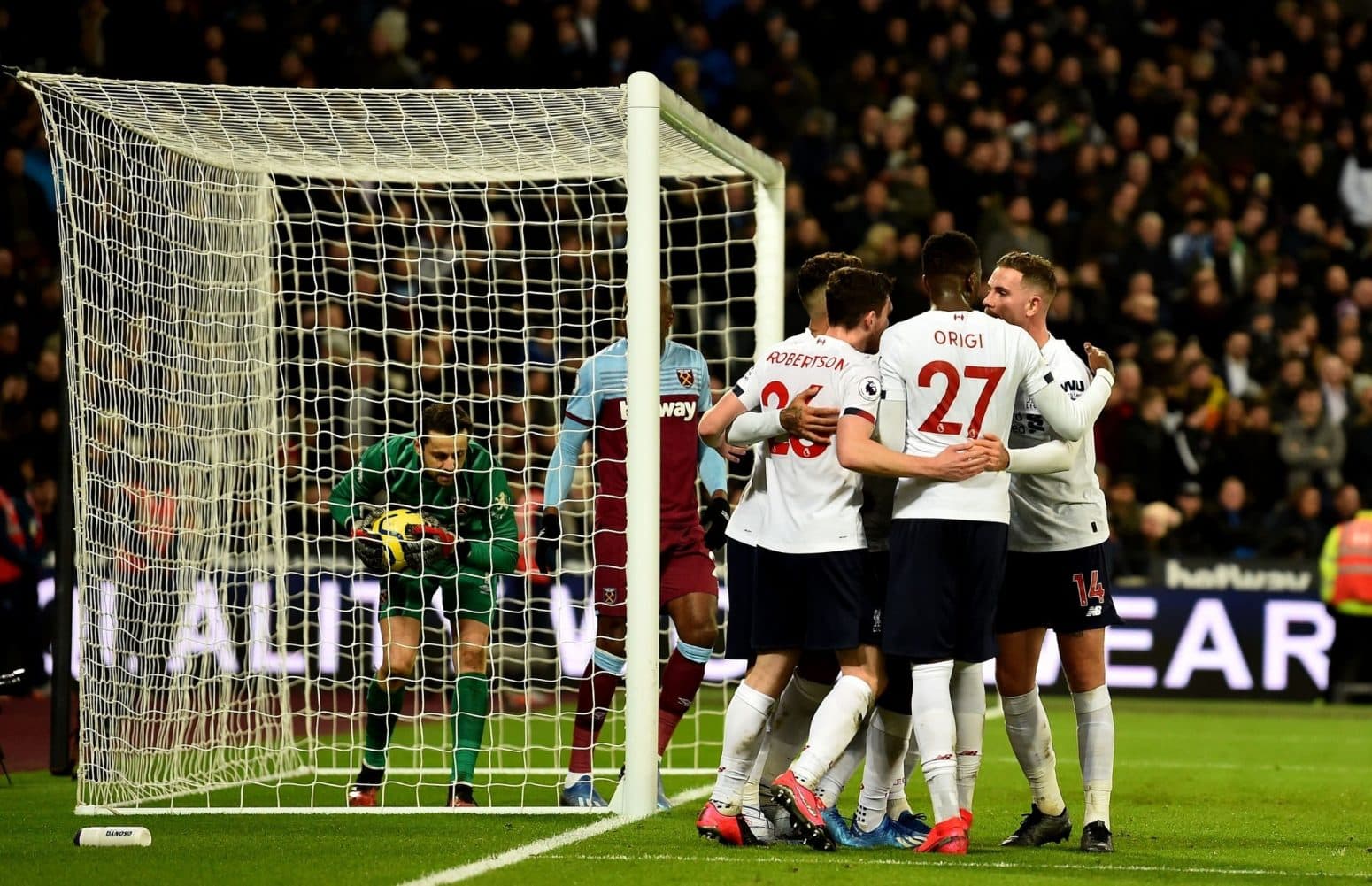 Jurgen Klopp brought back his big guns against the Hammers, with Divock Origi the only player to retain his place in the starting eleven from Sunday's 2-2 draw against Shrewsbury in the FA Cup.

Liverpool found it hard to get create any openings against a well-drilled West Ham defence in the opening half hour. David Moyes' side were intent to sit back and wait to capitalise on any errors and counter when given the chance.

A brilliant move down the left saw Andy Robertson through on goal, but the Scotsman's dinked effort over Lukasz Fabianski agonisingly rolled away from the far post. 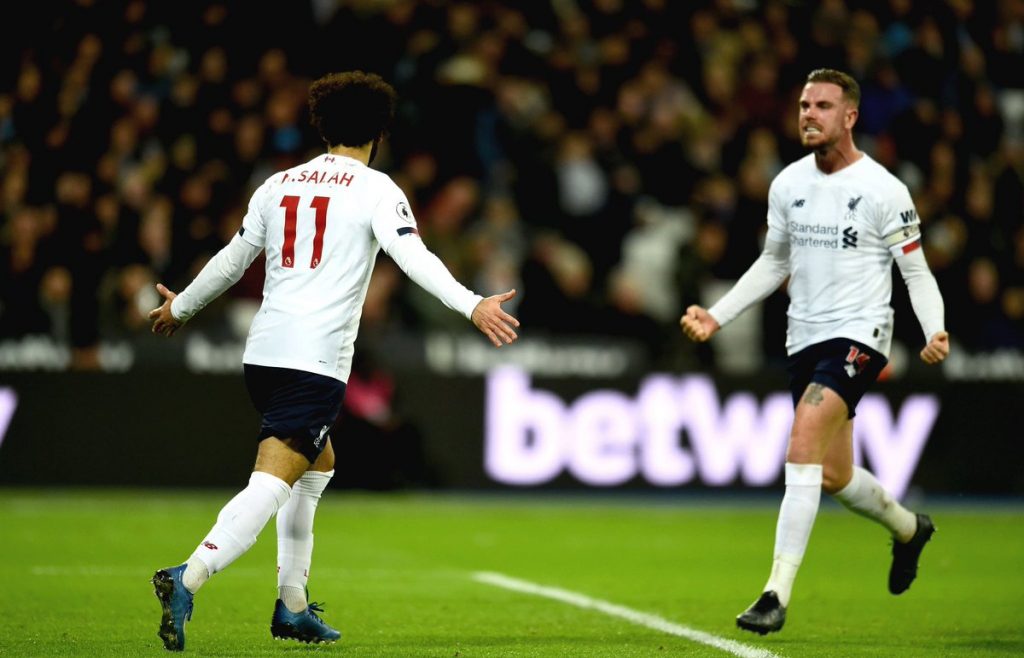 Minutes later, Robertson sent in a fantastic low ball across the face of the goal, however, neither Divock Origi or Salah were able to capitalise in the middle.

It didn't take long after that for the Reds to take the lead, however, as a rash challenge by Issa Diop on Origi saw Liverpool awarded a penalty.

VAR replays examined a possible handball by Roberto Firmino in the build-up, however, the spot-kick was given as Salah stepped up to the mark and smashed the ball past Fabianski.

Liverpool nearly doubled their lead five minutes into the second half as Firmino swivelled and shot powerfully from close-range. However, Fabianski was alive to the danger as he made an important save for Moyes' side. 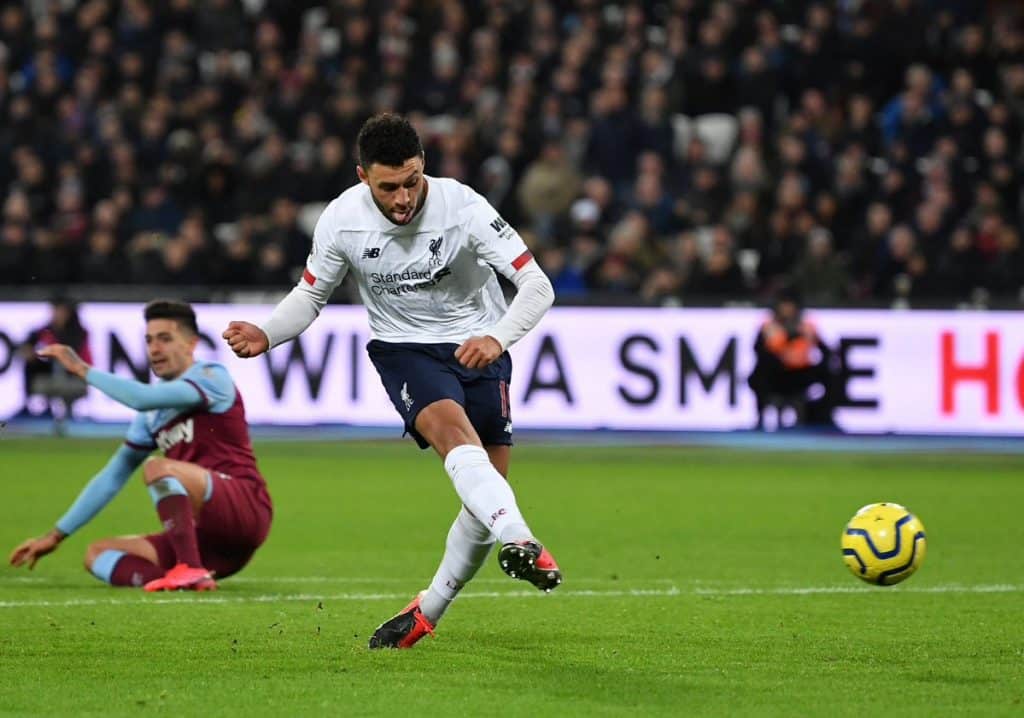 Less than two minutes later, a quick Liverpool counter-attack from a West Ham corner saw Salah put Oxlade-Chamberlain through on goal. The Reds midfielder showed good strength and coolly slotted the ball into the back of the net to put the visitors in total control of the game.

Salah looked likeliest to get another for the Reds as the second half wore on, first failing to divert a header on goal and then hitting the post with a well-struck shot from the edge of the area.

Fabinho, Naby Keita and Curtis Jones all came on from the bench during the latter stages, with Liverpool cruising to a comfortable victory at the London Stadium.

The result sees Liverpool reach 70 points after just 24 games, with the Reds cementing their position as firm favourites for the Premier League.

Liverpool's lead over reigning champions Manchester City now stands at a staggering 19 points, with Klopp's side looking a certainty to clinch the Premier League title.

Disclaimer: West Ham vs Liverpool highlights are provided and hosted by external sources, notably DailyMotion, Youtube and allstreamup.com. We help you discover publicly available material and act as a search engine. We do not host or upload this material and are not responsible for the content.