"We'll be back" - Jurgen Klopp reacts to Liverpool's second-placed finish Jurgen Klopp has vowed that Liverpool will be in the contention for the title once again next year after being pipped to the top by Manchester City.

Klopp's side finished the season on 98 points after a 2-0 victory over Wolves, one behind title rivals Man City, who beat Brighton 4-1 at the Amex.

Liverpool have shown unbelievable consistency this season and whilst coming short is hard to take, supporters can look back on this campaign with hope for the future.

The Kop sung in defiance at the full-time whistle, reflecting on the events of the season. It's hard to point exactly where it went wrong for the Reds, because in truth - it never did.

They were met by a monstrous side in Man City, who win the Premier League under Pep Guardiola for the second year running, dropping just two points from a record-breaking 100 points tally last season.

"Congratulations to Manchester City. We tried everything to make it as difficult as possible but not difficult enough. I couldn’t be more proud of the boys," Klopp said.

"It’s incredible what they did all season and today was a strange situation. We were really good until 1-0, what happened then was clear. You can’t tell the people to calm down. At that moment (when Liverpool fans celebrated Brighton's goal) it was a shock for everyone and Wolves were there. We had to fight. In the end we scored two and kept a clean sheet. It’s nice but not how we wanted it.

"It’s clear we had to work hard and City too. Our target during the week was to get 97 points, we got that – that’s special. We want to write our own history and we did. Today feels not so good but we have plenty of time to prepare for an important game in three weeks."

"The team made so many big steps in the last year. The boys were all there from last season apart from Alisson. He had a big impact but all the rest were here last season.

"It’s a very special season, a better season than I played with my team (Borussia Dortmund) when we were champions in Germany. But we cannot ignore one team were better. 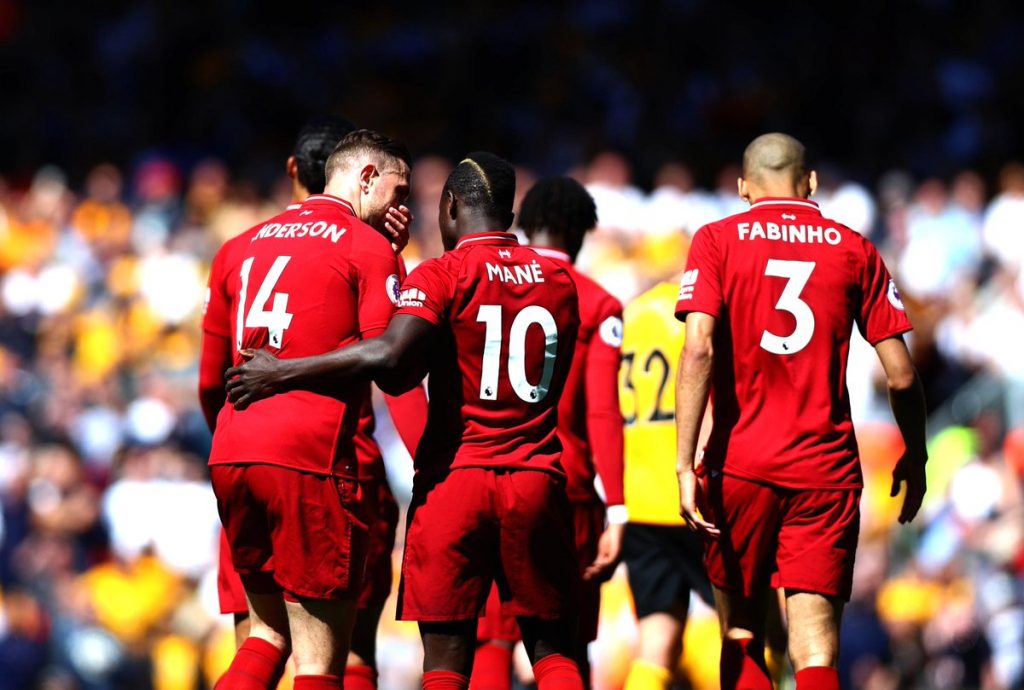 "It’s clear we were lucky in moments, like City were. We were unlucky against City but scored in the last second against Everton and late on against Newcastle, they could have been draws as well.

"The season is a very long, hard one. You have to deal with setbacks. We were always competitive. City got the points they have because we were there. They have 198 points in two years, that’s special. We made such big steps. It’s only the first step and we’ll be there again.

"Being second in the Premier League isn't what we wanted tonight but we'll take it. This is a first step, that’s how we see it. The team who played the last couple of weeks were together last year apart from Alisson.

"We were 25 points off last season. If we do those same steps again that will be a season.

"I do my job. The boys deserve 100%. Congratulations to Manchester City, they played a good season. They took 198 points in two seasons, not bad."

Liverpool still have a chance of lifting silverware under Klopp this year as they face Tottenham in the final of the Champions League in Madrid on 1 June.