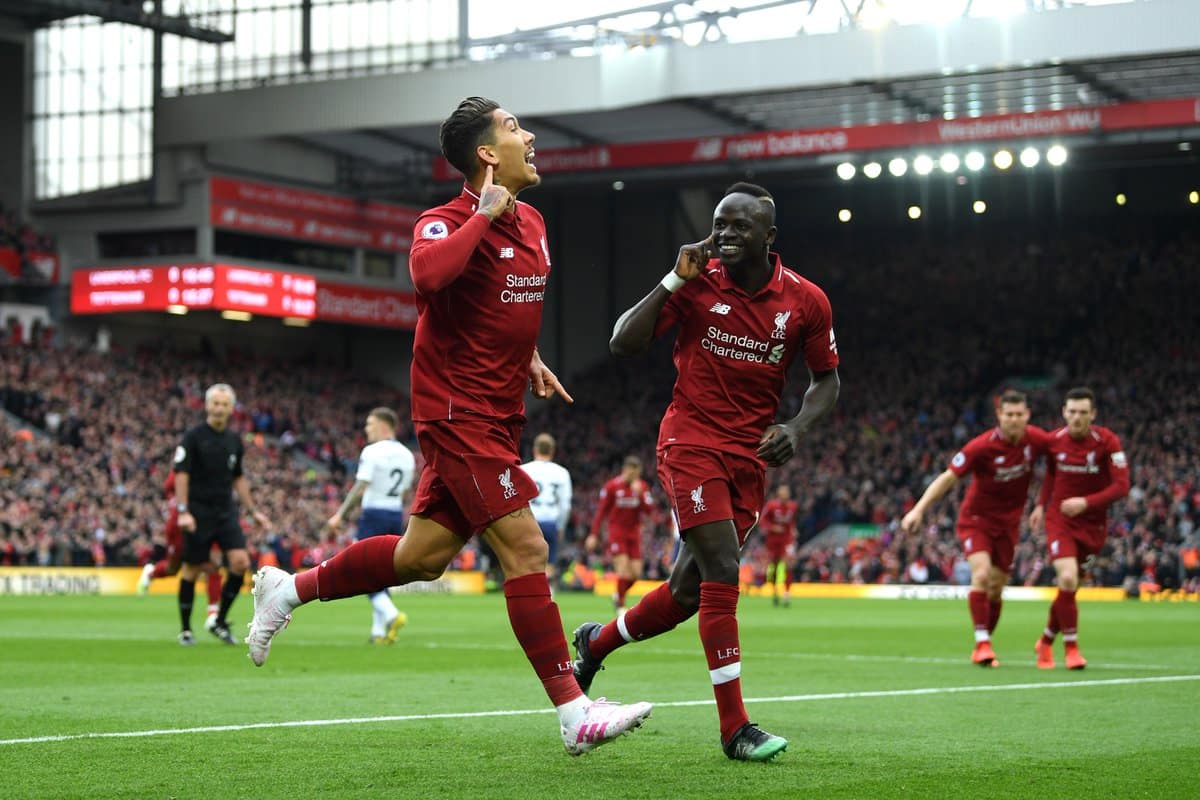 Roberto Firmino scored to put Liverpool 1-0 up against Tottenham Hotspur after a lively start to the game in the first-half.

With Tottenham deploying a 5-3-2 lineup, Jurgen Klopp's side countered them magnificently in the opening 20 minutes, winning the tactical battle with Spurs.

The Reds looked sharp in possession and dominated much of the proceedings and were rewarded in the 16th minute when Firmino put them ahead.

A brilliant ball into the box by Andy Robertson was headed home by the Brazilian past Hugo Lloris.

Liverpool continued to trouble Spurs after the opener as they look to be in the mood for all three points this afternoon.

Should the result stay the same, Liverpool would go back above Manchester City in the Premier League, albeit having played a game more.