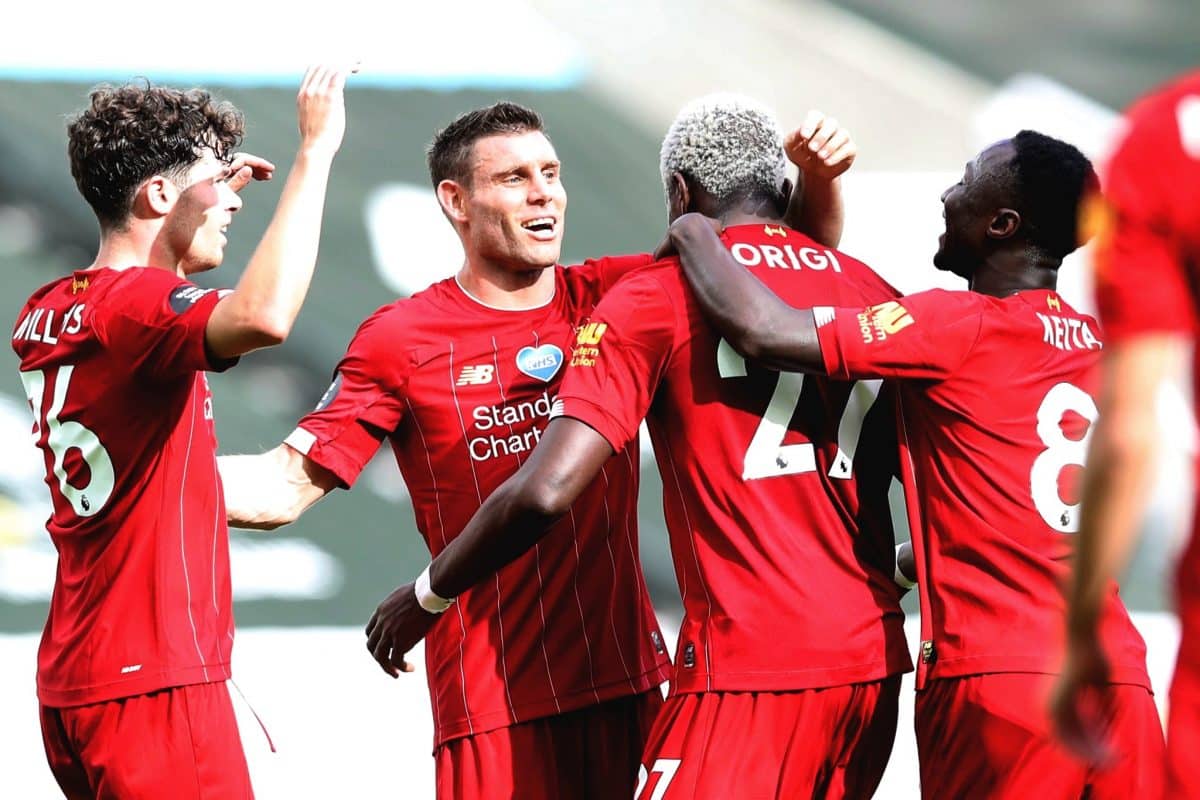 Liverpool capped off their title-winning season with a 3-1 win over Newcastle United on the final day of the 2019/20 Premier League campaign.

The Premier League champions earned a record-equalling 32nd win of the season as they came from behind to win in their final fixture of the season.

Dwight Gayle put Newcastle ahead in the opening 30 seconds, but goals from Virgil van Dijk and Divock Origi put the Reds in front before substitute Sadio Mane rounded off the victory with a fine finish in the latter stages. 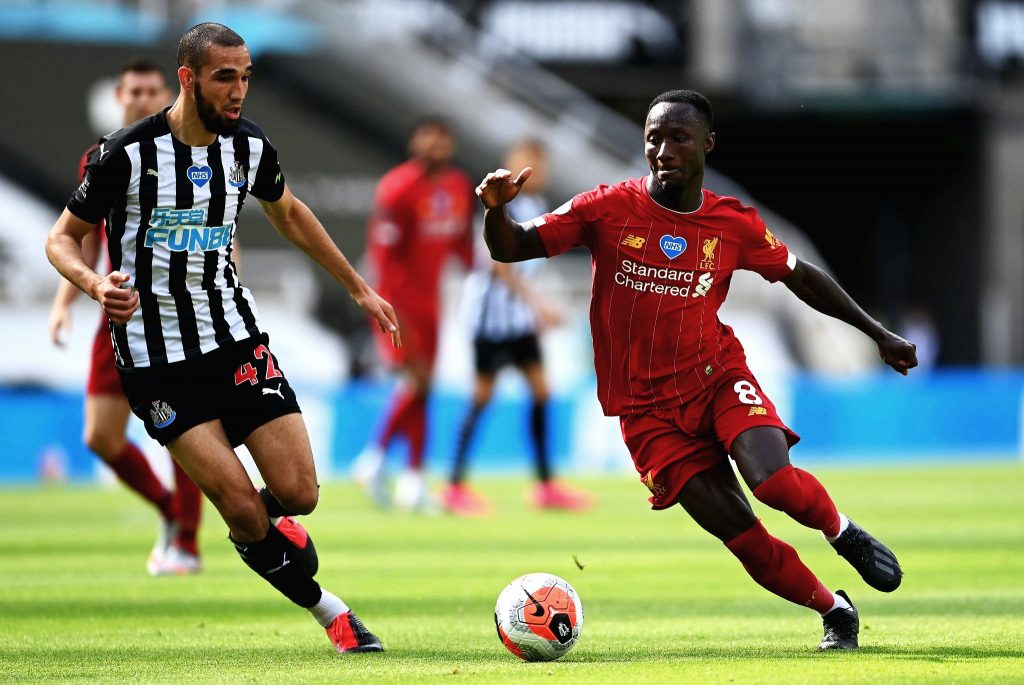 Having spoken of the need for "fresh legs" before the game, Jurgen Klopp made five changes to his side with the likes of Neco Williams, James Milner, Alex Oxlade-Chamberlain, Takumi Minamino and Divock Origi named in the starting eleven.

Remarkably, the Reds were caught flat-footed inside the opening thirty seconds as former Reds player Jonjo Shelvey took a quick free-kick and played Dwight Gayle in, with the Magpies forward narrowly beating the offside trap and finishing past Alisson.

Liverpool responded well and knocked the ball around with confidence, but they looked short of ideas in attack without their usual front three.

Naby Keita impressed in the opening 20 minutes as he carried the ball forward with purpose, but the home side managed to snuff out any danger.

The Reds were limited to shots from distance, with Origi having an effort blocked on the edge of the box before Minamino's powerful strike towards the top left corner was saved by Martin Dubravka. 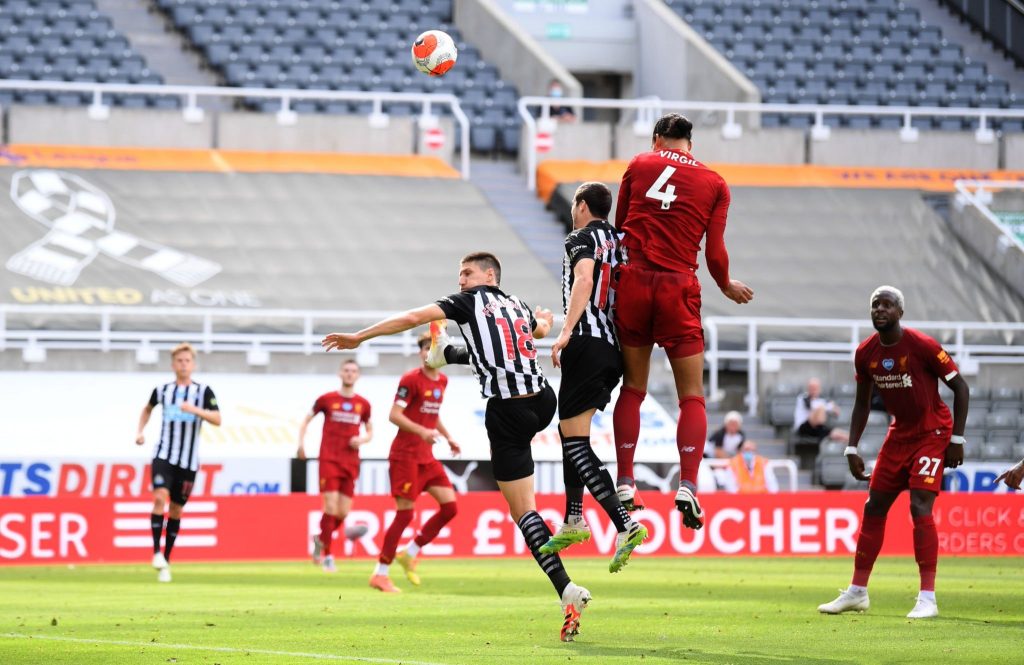 But Klopp's side stepped it up towards the latter stages of the first half and drew level through Virgil van Dijk, whose header looped into the back of the net following a pinpoint cross from Oxlade-Chamberlain.

Oxlade-Chamberlain went close himself a couple of minutes later as his powerful drive from the edge of the box went inches wide of the woodwork.

It was more of the same after the break as Liverpool looked to quicken their play and create openings through the middle of the park.

The Champions went 2-1 up just before the hour mark as Origi opened up half a yard of space on the edge of the box and smashed a curling effort into the bottom right corner to score his first goal since December 2019.

With a little under thirty minutes left, Oxlade-Chamberlain, Minamino, Origi were all withdrawn as the usual front three of Mohamed Salah, Roberto Firmino and Sadio Mane came on from the bench.

Salah nearly made it 3-1 with his first touch as the ball fell to him on the half-volley, but his strike crashed against the near post and ricocheted to safety. 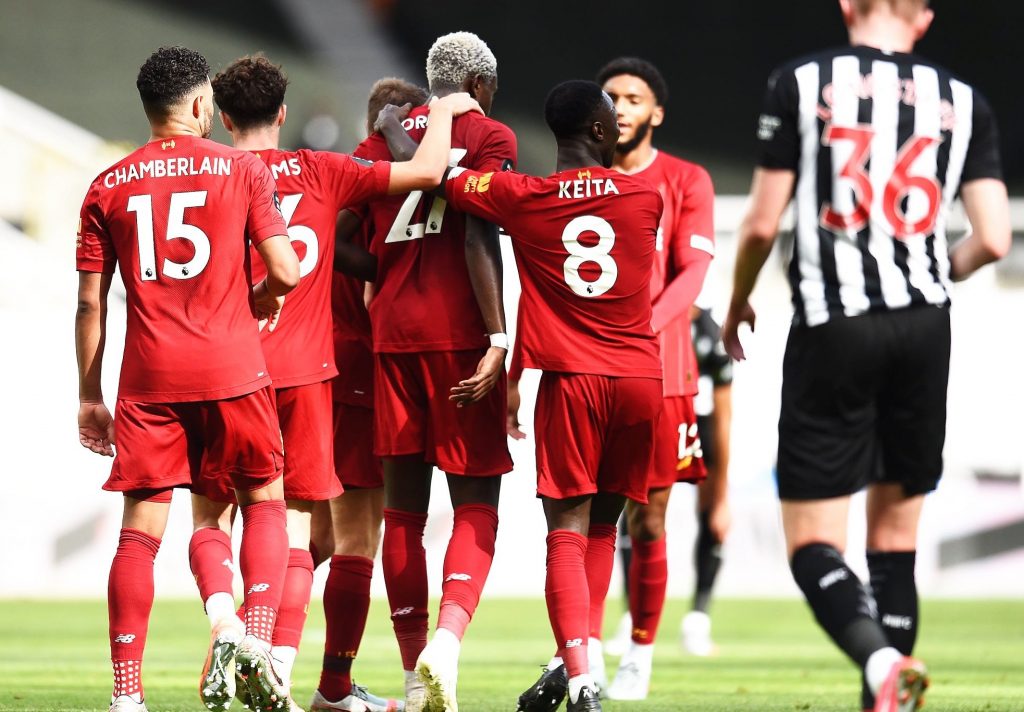 The front three's impact was clear from the off as Salah went close again after an excellent ball by Firmino, but Federico Fernandez blocked his close-range effort when he looked favourite to score.

With just a few minutes remaining, the Reds put the icing on the cake as substitute Mane cut inside from the left and curled the ball past Dubravka with an excellent finish to make it 3-1 to Liverpool.

The result means the Champions end the season two points better than last - on 99 points - setting the club record for most points in a league season.

Now, the Reds will jet off on their holidays to reminisce on a historic season, before they do it all over again as they report back for pre-season in a couple of weeks.

Disclaimer: Newcastle vs Liverpool highlights, goals and full match videos are provided and hosted by external sources. We help you discover publicly available material and act as a search engine. We do not host or upload this material and are not responsible for the content.