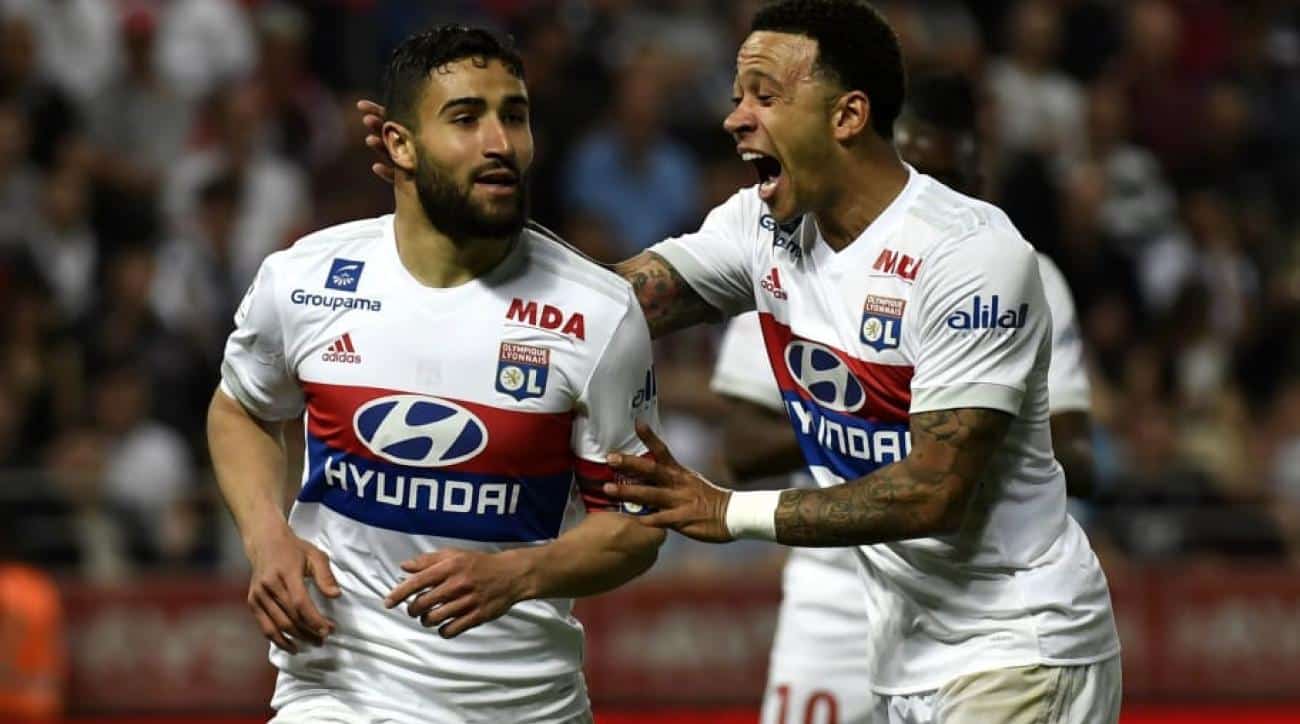 Nabil Fekir produced a brilliant assist against Nice as rumours of a possible move to Liverpool gather pace in the French media.

With Marseille winning against Amiens, the French side needed to win to guarantee Champions League football for next season.

Lyon entered the break trailing 1-0 at half-time, with their grip on the third and final Champions League spot in France loosening.

Fekir, who has been linked with an imminent move to Liverpool, however weaved through the opposition box three minutes in to the second half as he looked to equalise for his side.

The French international set up ex Manchester United winger Memphis Depay, who stroked the ball in to the back of the net.

Depay went on to score an impressive free-kick 17 minutes later, before completing his hat-trick four minutes from time. Nice pulled another back to make a nervy ending, however Lyon held on to secure the win.

Fekir has been widely linked with a move to Liverpool, with Canal+ - broadcasters of the game - claiming a deal is "99% done".

Ahead of the game, Lyon manager Bruno Genesio believed the 24-year-old would fire his side to Europe, but also hinted Saturday's clash against Nice could be his last game.

“We have to put aside everything related to emotion. For some, this may be the last game,” he said.

“It must give [those players] even more strength because you have to say: ‘[I will] leave by qualifying this team for the Champions League’.

“There is also the World Cup. The very great players are able to ignore all this. I think Nabil will play a big match on Saturday.”

The midfielder has certainly answered his manager's call. Watch Fekir's assist for Lyon's equaliser against Nice below.