The Reds were made to wait to lift the trophy after clinching the title with seven games spare, but the ceremony was a fitting end to a remarkable year for Jurgen Klopp's side.

Although there were no supporters in the stands, it was undoubtedly one of Liverpool's biggest nights in their illustrious history.

There was another glimpse of skipper Henderson's trademark shuffle as he lifted the trophy over his head. 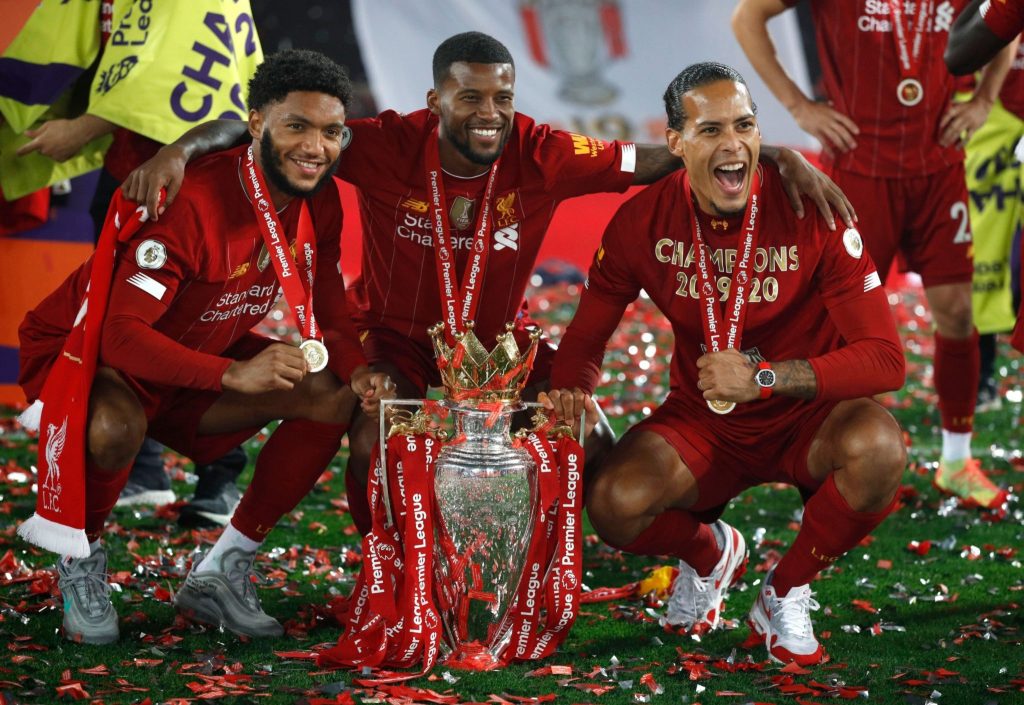 It's Liverpool's fourth trophy since the end of last season, with the title-winning Reds showing unbelievable levels of consistency and quality to become champions of England.

The celebrations followed a 5-3 win against Chelsea, with five different scorers for the champions.

Naby Keita, Trent Alexander-Arnold and Gini Wijnaldum steamed Liverpool ahead at half-time before Roberto Firmino scored in the Premier League at Anfield for the first time since March 2019.

Despite a resurgence from Chelsea, and substitute Christian Pulisic in particular, Liverpool wrapped up the game with a vintage counter-attack as Alex Oxlade-Chamberlain made it 5-3.

The night will be remembered for much more than the game itself, but it was a game reminiscent of Klopp's early days in charge of the Reds.