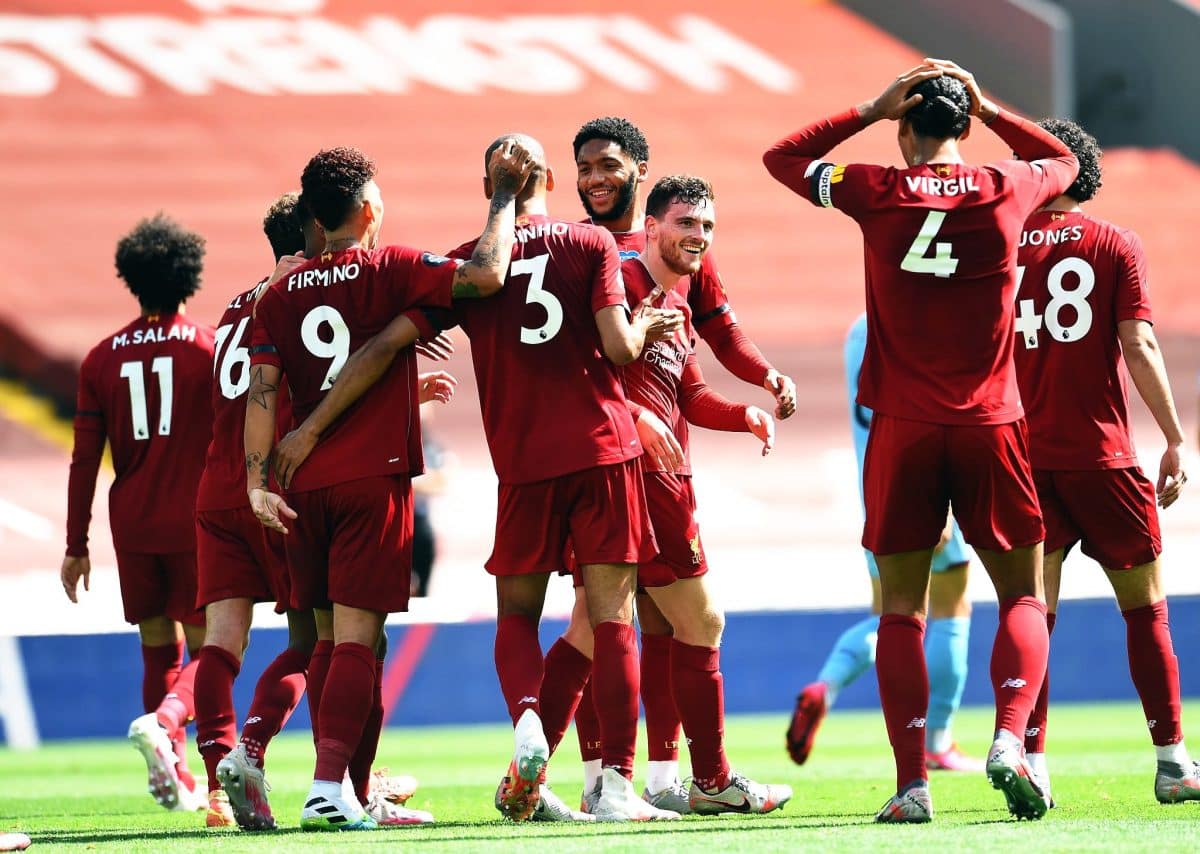 Liverpool failed to make their dominance count as they drew 1-1 against Sean Dyche's Burnley on Saturday afternoon.

Liverpool dropped points in the Premier League at Anfield for the first time in eighteen months as Burnley came from behind to draw 1-1.

Andy Robertson put Liverpool ahead in the first half with an exquisite header, but Jay Rodriguez's strike after the break earned Burnley a point. 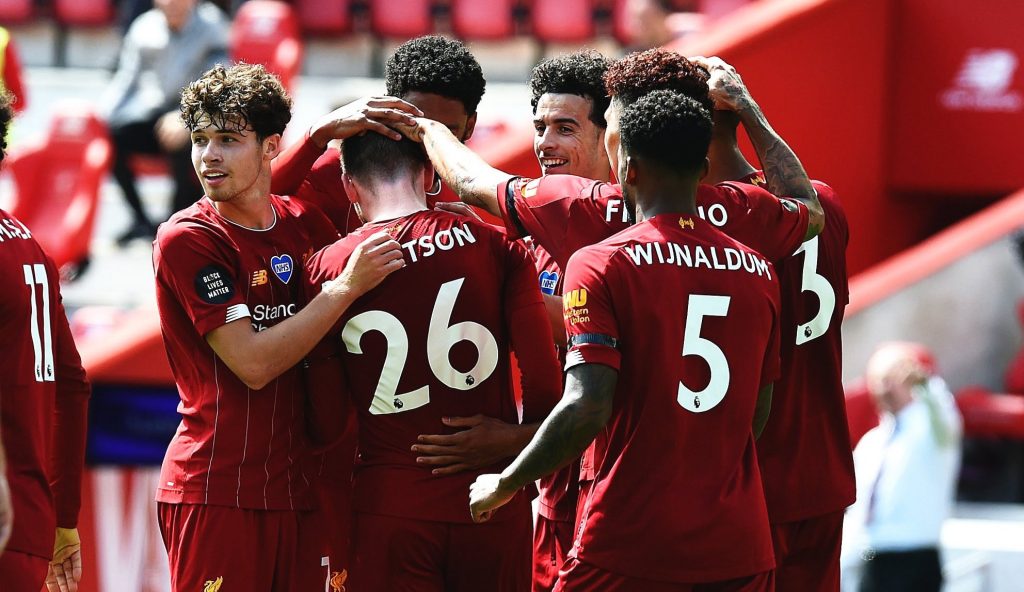 Jurgen Klopp made four changes to the side that beat Brighton in midweek as Curtis Jones, Fabinho, Gini Wijnaldum and Sadio Mane returned to the starting eleven. Meanwhile, youngster Neco Williams continued in defence.

Liverpool had an excellent chance to take the lead as Joe Gomez's raking pass forwards found Robertson. The Reds left-back centred for Mohamed Salah in the middle, but Kevin Long was on hand to make a goal-saving block.

Another searching ball forward by Gomez led to Roberto Firmino setting up Salah, whose powerful right-footed volley was saved by Nick Pope in acrobatic fashion.

Liverpool upped the ante just before the first drinks' break as they expertly worked the ball in and around Burnley's area and knocked on Pope's goal.

Salah went close with another effort just after the half-hour mark as he capitalised on the Clarets losing the ball inside their own box. But the Egyptian couldn't squeeze his low shot past the goalkeeper as another chance went begging. 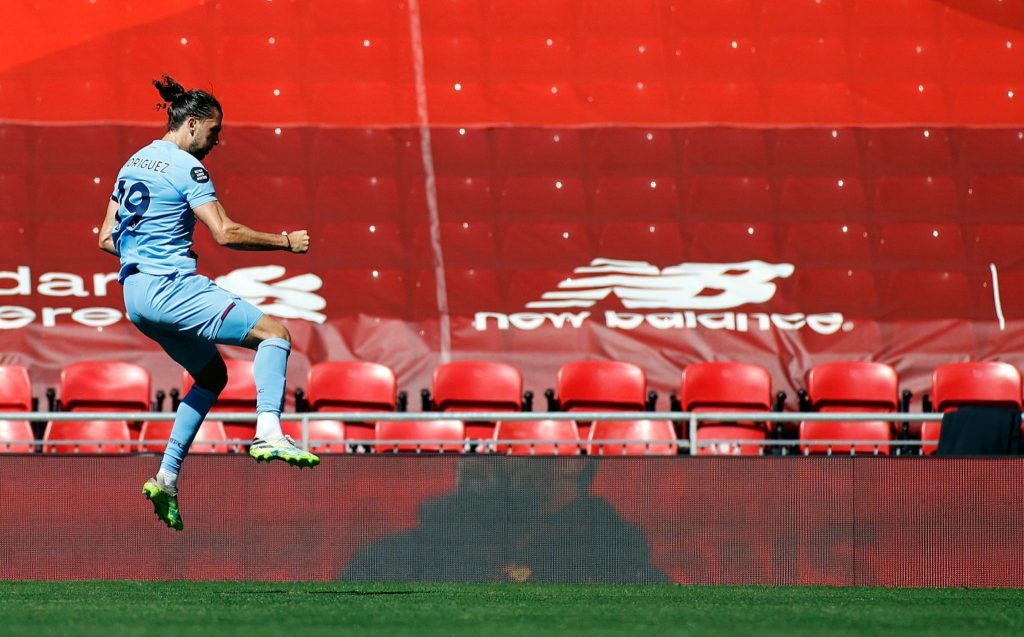 However, it didn't take long after for the Reds to make the breakthrough. Fabinho's lofted ball was met by Robertson on the right, with the full-back's header curling brilliantly into the back of the net to make it 1-0.

Rodriguez had a rare glaring opportunity to level for the visitors just before the break having beaten the offside trap. But the forward dragged his shot wide when he looked favourite to trouble Alisson in goal.

Sadio Mane could have made it 2-0 with the last kick in the first half as he danced away from the defence and rifled a shot goalwards. But Pope kept the visitors in the game with his second excellent save of the game.

Liverpool continued knocking on the door at the start of the second half as Firmino struck the woodwork from a tight angle before the lively Jones went just wide of the left post.

Jones and Williams were both withdrawn with a little over 20 minutes left, with Naby Keita and Trent Alexander-Arnold coming on for the impressive youngsters.

Burnley drew level against the run of play as the ball fell to Rodriguez inside the box, with the Englishman smashing the ball past Alisson to make it 1-1. 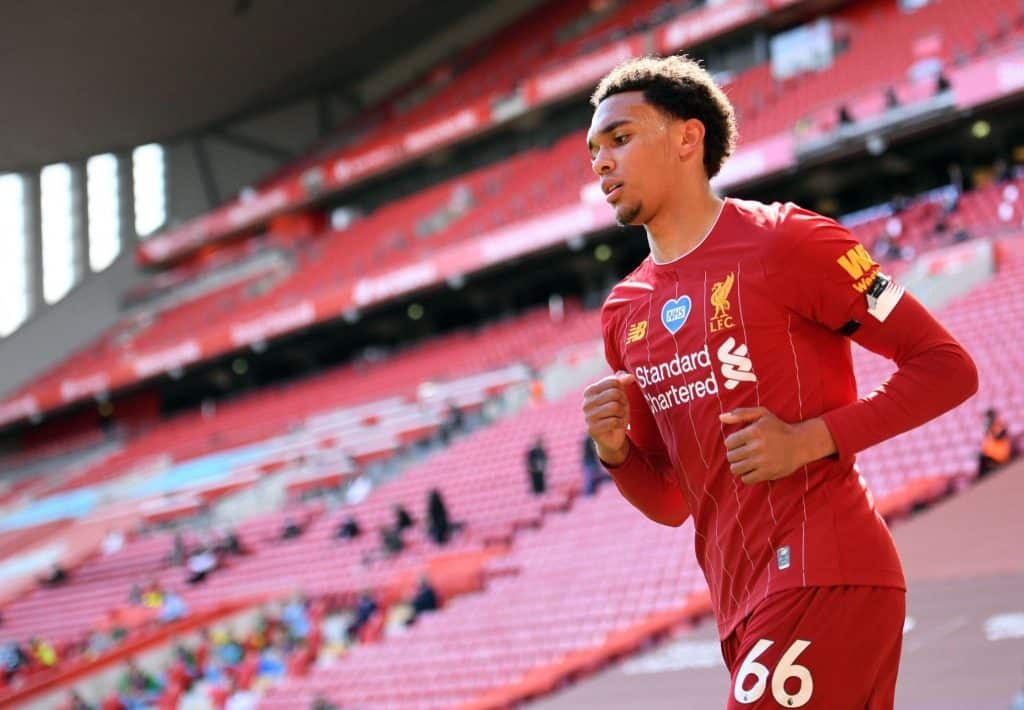 The Reds should have been two or three ahead before then, but their knack of scoring late goals was tested as the Alexander-Arnold and Mane both had long-range attempts straight at Pope.

Johann Gudmundsson almost gave the visitors a shock lead four minutes from time but his effort from inside the box smashed against the crossbar.

With time running out, Salah had another golden chance to get on the scoresheet and put the Reds ahead. The Egyptian had plenty of space in the box as he met Alexander-Arnold's cross, but he failed to get enough power on his shot.

Disclaimer: Liverpool vs Burnley highlights, goals and full match videos are provided and hosted by external sources. We help you discover publicly available material and act as a search engine. We do not host or upload this material and are not responsible for the content.