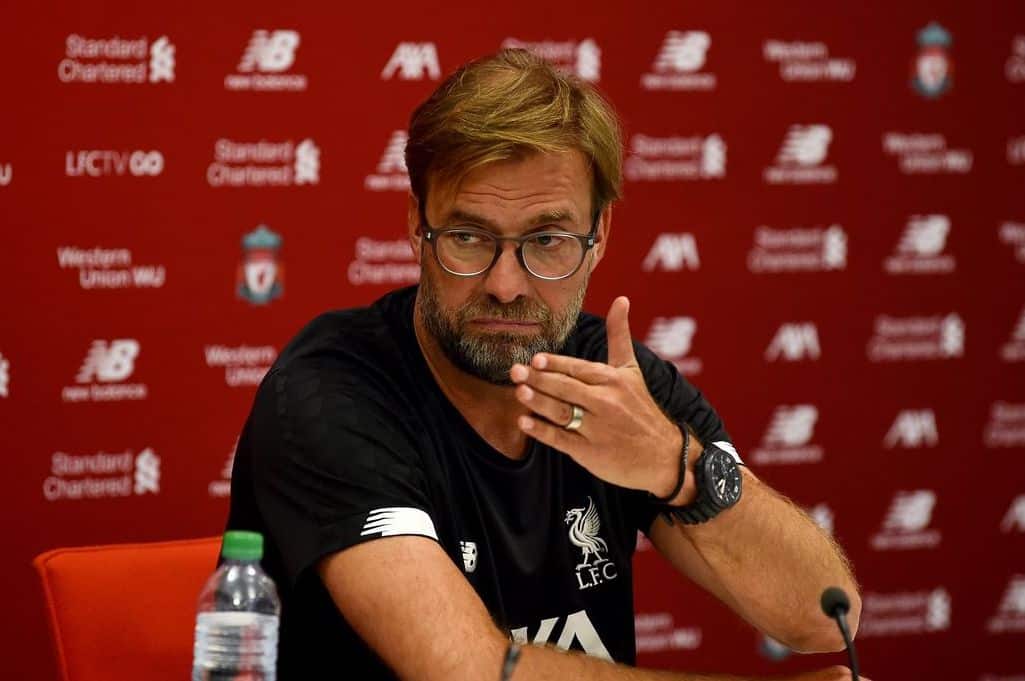 Jurgen Klopp spoke to reporters at Melwood on Friday ahead of Liverpool's Premier League meeting against Bournemouth.

The Reds overcame Everton in the Merseyside derby with a 5-2 win over their local rivals, but they now turn their attention to a trip to the south coast.

Klopp's side visit Bournemouth on Saturday afternoon as they look to consolidate their position at the top of the table with their seventh consecutive league win.

The Liverpool boss provided a fitness update on his squad, saying: “In the moment, it looks OK.

“But it’s like, if somebody wakes up and feels a little bit here and there, then I need to know that. When I know that, then I have to deal with that information.

“Nobody is ruled out, yet, so that’s good, but there are still three hours until we train, so there is still a bit of time.

“But in this moment, they all should be fine.”

The boss also indicated that he would make a few changes to his starting eleven, having already made a number of changes for the Reds' win over Everton in midweek.

“We have to see who we can use, especially when it’s three days between two games,” he said. “Wednesday-Saturday is always a massive challenge and we have to be sensible and sensitive in the same moment with the decision-making about the line-up because Bournemouth will be really demanding, they will ask for everything.

“We have to again be really spot on, intense, all that stuff. They are not happy with their situation so we need a good intensity in that game again. That’s what we try to make sure with the line-up, but then still the boys have to do the job and hopefully they can do it.”