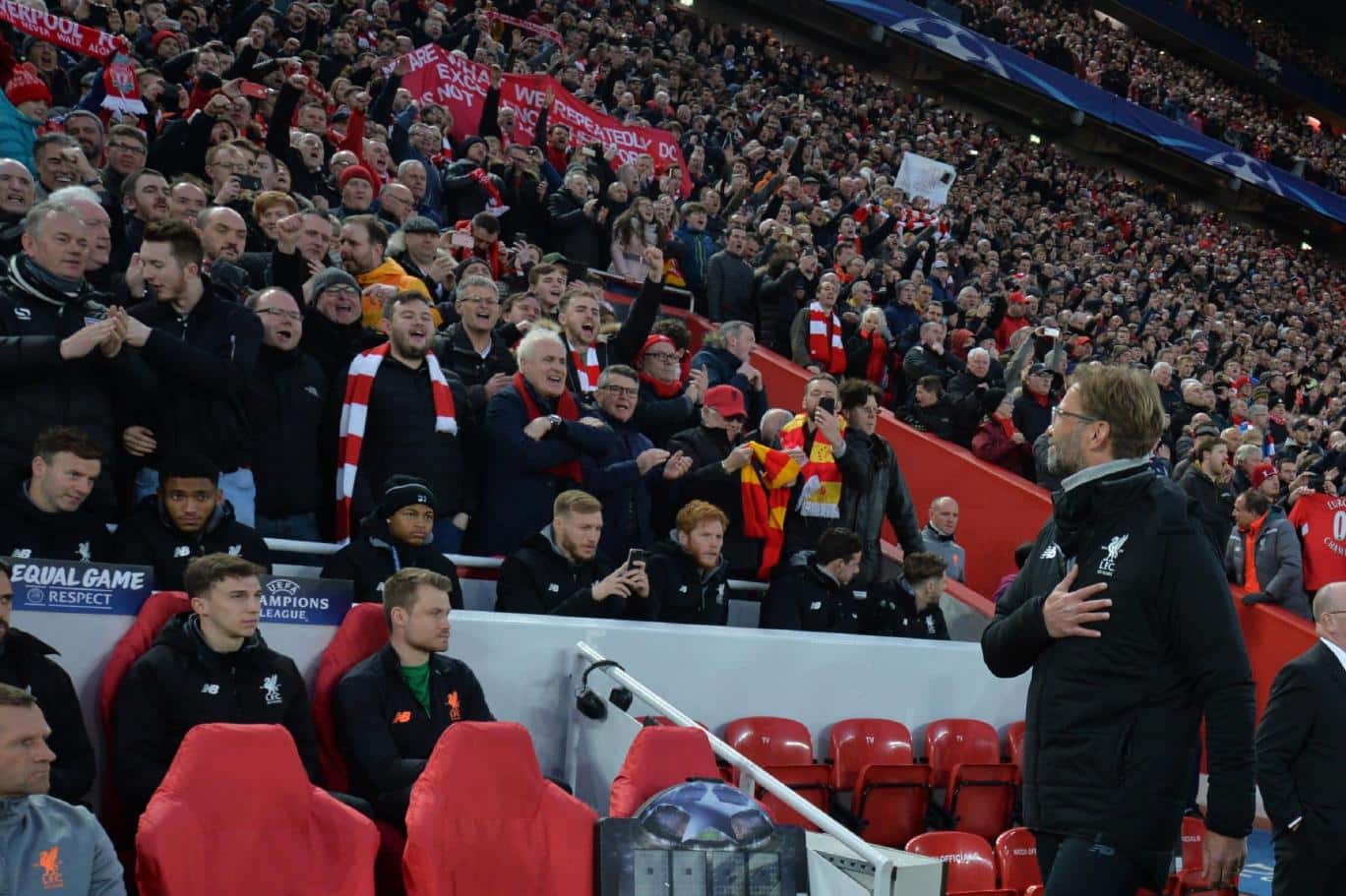 However, with 90-plus minutes still to contest, Klopp stressed the tie is far from over given the quality Pep Guardiola's side possess.

Jürgen Klopp warned his squad that ‘it’s half-time, nothing more’ after the Reds secured a resounding advantage in the first leg on Wednesday evening.

Klopp speaks to the press

On whether it was a ‘perfect’ performance…

It was really good. They were two different halves. In the first half we were very active in all parts of the game, perfect in the spaces and very lively in closing the gaps. In this kind of defensively dominant, not too deep, being in the right area of the pitch so if we win the ball then there is a big opportunity for us to use the space they have to leave open, because you cannot have this kind of football with all these fantastic patterns when you cannot use all the space and be immediately compact again. It’s impossible. We used that really well and scored three fantastic goals.

Second half, we defended with no shots on target, very deep and concentrated. I like it as well but when we have the ball we have to play more football – that should be clear. We can do that, so there is still space for a lot of improvement but of course the result is the most important thing. I never expected a perfect performance, I only expected us to be a real challenger and we were a real challenger. Now we are 3-0 up, that’s better than being 3-0 down, 100 per cent. But it’s not a decision. Everybody knows that.

We go to Manchester City and they want to strike back; they didn’t play badly, they only didn’t create the usual number of chances they do normally because we defended in a lot of moments outstandingly good. Trent had a fantastic game, Robbo on the other side, both centre-halves really spot-on. All three midfielders were absolutely brilliant and our three offensive guys were in the right spaces. That’s the only way to get anything against Man City. We did it. Because of our quality, it’s 3-0 instead of 1-0. But, it’s half-time not more.

Probably, yes. How can you be dominant against City over 90 minutes? If that would happen, it would be a real surprise for me. They had no shot on target – I don’t know how we did that. Usually you cannot even plan that, you cannot tell the boys, ‘if they have no shot on target I am really happy’. That would be completely crazy. But they didn’t. That’s pretty rare, they are a fantastic football side. They didn’t play badly, they only didn’t create because we were in the right spaces in the right moments.

And in the first half especially, we put them under pressure in the right moments, in their build-up. The boys up front did outstandingly well; these little runs from Sadio and you see the really cool, full of confidence guys – Otamendi and Kompany – play kind of under-pressure back passes. Then you know you are on a good way. That doesn’t mean you use these situations but tonight we used them and that gave us the opportunity to win the game.

I don’t make a comparison, I’m not interested in being ‘better’ than City. We played against them and we will play again. We know it’s not decided, I have no problem with that. It’s how it should be in a quarter-final. We’ll try to go to the next round and City will try again. They still have a chance, I know that but no problem with that. 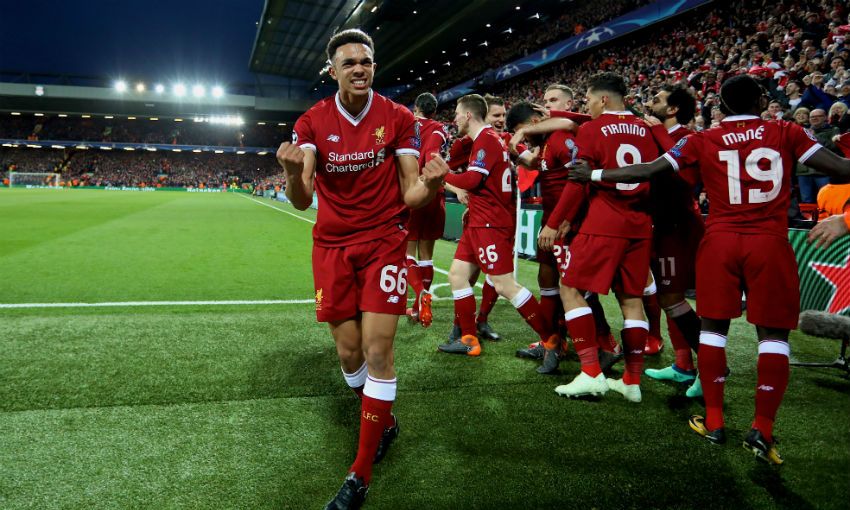 On why he is convinced the tie isn't over yet...

I am too long in the business [to talk about whether it's over]… Years ago, I played with Dortmund at Real Madrid and we lost 3-0. Afterwards, everybody told me it was done. I was really angry about it when they said it. At home, we won 2-0 with six or seven changes in the team – and everyone who saw the game knows we should have won 5-0, 100 per cent, without a shadow of a doubt. I know these things can happen. Being against us, 3-0 and needing to open a little bit, maybe we can use it – I don’t know. It’s not decided. It’s better than only 1-0, it’s better than 3-1, it’s much better than 3-2, but it’s nothing else – it is only half-time. Today it was 3-0 at half-time and nobody was in the dressing room dancing around and celebrating the half-time result. Now it is exactly the same situation. This tie is 190 minutes or so, that’s it.

On the importance of City not scoring an away goal…

It makes sense [for us] to score there [at the Etihad], but it will be difficult again. We have conceded five already there, so how can I say it’s not possible? I said before the game that first of all it makes sense to stay with 11 [players]. I don’t think it makes it more likely that we’ll go through if I feel already we are through. I don’t feel it. I think we have to work and I have no problem with that.

You have to celebrate the party when the party starts, not four weeks before. I cannot ignore that we have to play another game in between, so whatever will happen - I sit here after two things we didn’t want to happen happened [Henderson suspension and Salah injury]. I think really the only place where the people are more happy about the result other than here is at Goodison; all the Everton fans think, ‘Yes, nice and intense – now come here…’. We have to fight there and then we have to fight again. That’s our life, but it will not be easy. 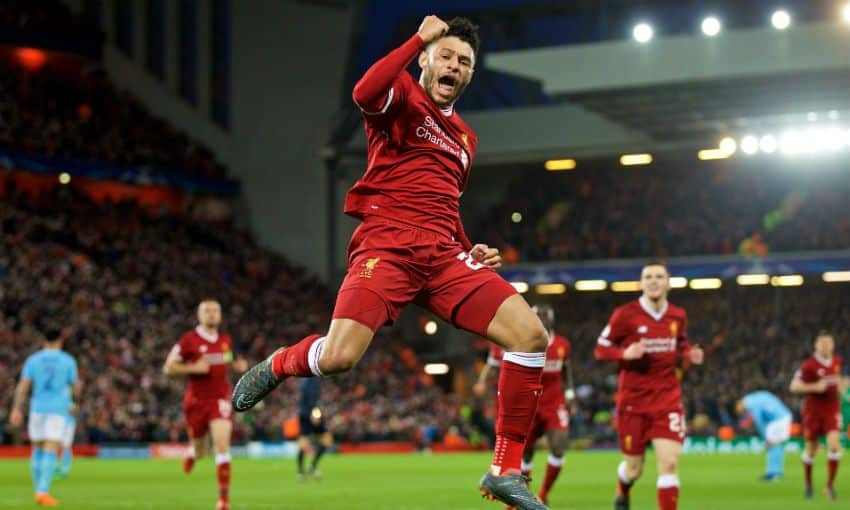 I don’t have to compare that, I am not interested in it. It was good - really, really good. When you beat the best team in the world, you have to have a really good performance. I don’t think about things like that [where it ranks]. I think I said I have never been part of the best team in the world, but I always knew it was possible to beat them because it’s always possible. It’s really rare because they are so good.

With all the things I could say now and be very positive, I would make them even more angry. If I start answering your questions in the way you want me to answer, he only has to put the newspapers in the dressing room and say, ‘That’s what Klopp said… go!’ We will really have to work there again like hell. It was good tonight but I am not interested in being good in a game against Man City – in this competition it is about going to the next round.

We are not in the next round, so why should I celebrate it? Let’s talk about it after the second game and we’ll see if we talk about the same thing or not.