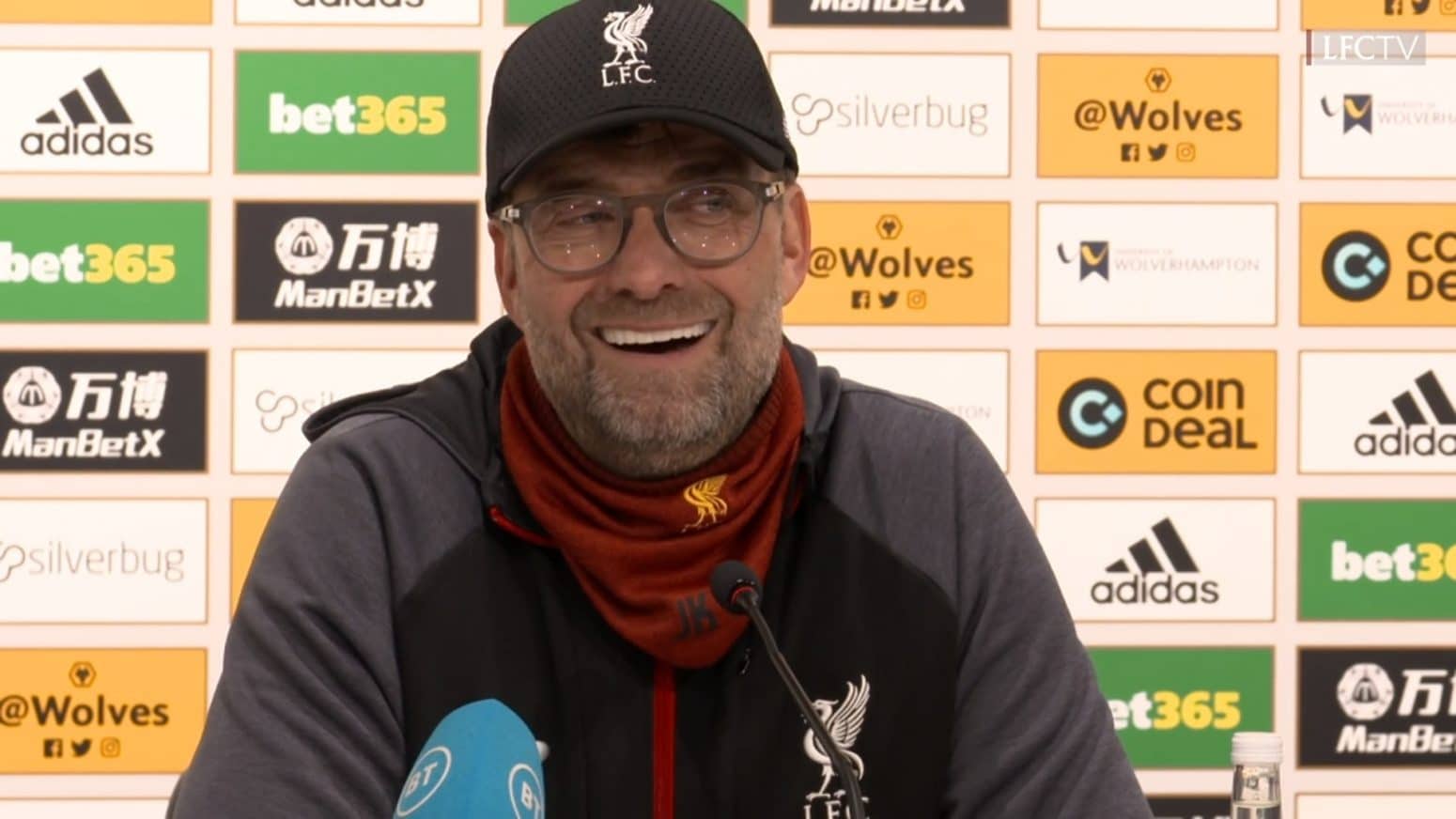 Jurgen Klopp spoke of his delight after Liverpool continued their immense run in the Premier League with a 2-1 win over Wolves.

The Reds got off to the perfect start as Jordan Henderson nodded home Trent Alexander-Arnold's corner in the eighth minute to put the visitors in front.

Wolves played their way into the game and had the Reds on the ropes for several periods of the game as Adama Traore starred for Nuno Espirito Santo's side.

They grabbed an equaliser six minutes into the second half as Traore paced down the right and found Raul Jimenez in the box, with the Mexican heading home past Alisson in goal.

Liverpool had to be careful of Wolves' threat on the counter whilst attempting to search for a winner themselves and they got their break six minutes from time.

Henderson nudged the ball to Roberto Firmino, who kept his cool and slotted the ball past Rui Patricio with an excellent left-footed finish to give Liverpool the win.

"We don’t go for perfection, we go for a perfect reaction if possible, that’s what we try to do, that we really fight back in difficult situations in the game. That’s what the boys did again and so, we won the game, which is really unbelievable.

"We knew before, we said it before [the game] and rightly so, this would be a really, really tough game – everybody knew it, pretty much. Wolves are doing so unbelievably well, they are so different to everything else you face during the year. 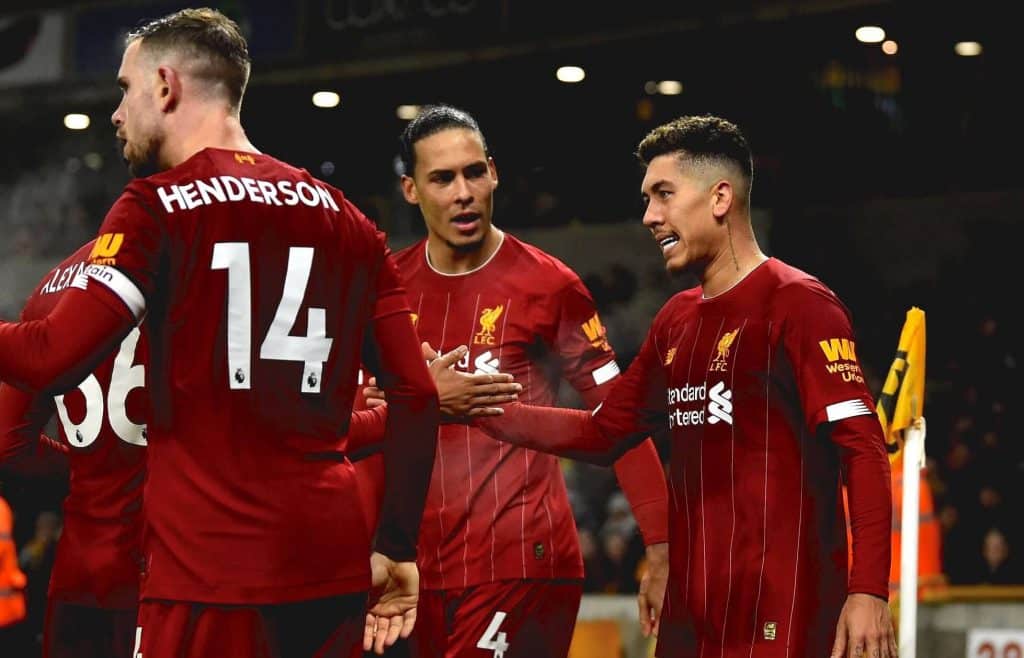 "How Nuno sets it up is just really good. Since we played here last year, he replaced three or four players – not replaced them, but now Saiss is in, Dendoncker is in, where Bennett and Boly played. And Traore now, in the moment, I would say he is pretty much unplayable.

"I have said it now a couple of times and it’s the truth. He is not only a winger anymore, he now keeps the ball, holds the ball and sets up goals. That makes it difficult; the way they defend and then each ball you use is 100 per cent a counter-attack and half a goal, but for that they had not too many chances.

"They scored a goal, a super goal, and have a really big one with an Ali save. I think we were four or five times in a one-on-one situation with the goalie, so there we could have scored.

"We scored a wonderful goal after a set-piece, but again not the second, not the third means everything is open and then it gets intense. They scored and then another five to 10 minutes, [it was] Wolves time and then we could calm the game down again and control it. 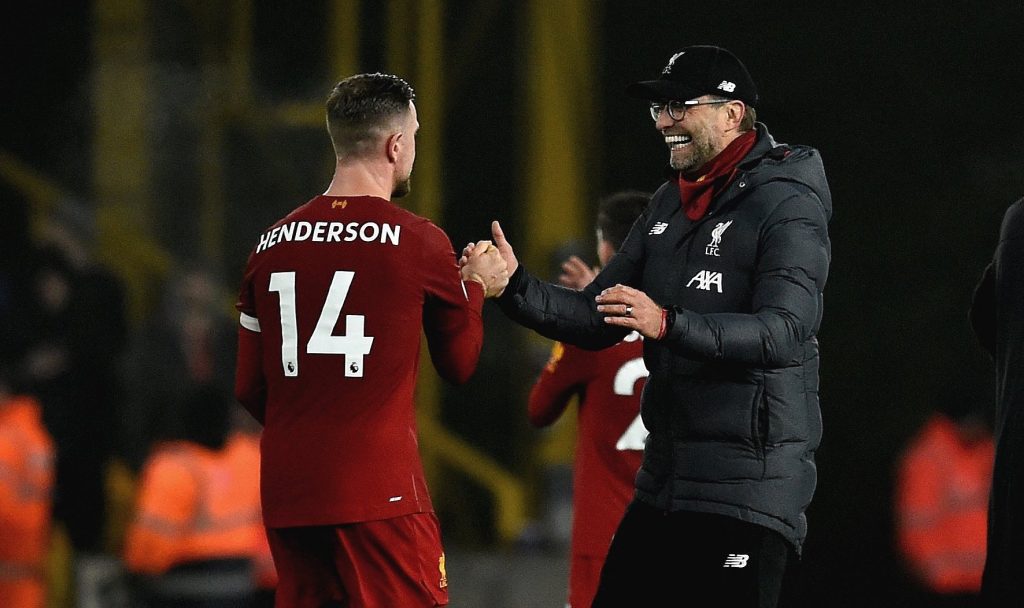 "Wolves felt now as well and we had again chances. Mo again, Bobby alone in front of the goalie. Then a worldie from Bobby, a super, super, super goal.

"That we can control a game again and that we have the set-pieces we have, we have still pressing situations, we have still counter-press situations, that gives the boys the opportunity to stay in the game because that’s what you need.

"It’s not only hard for us, it’s hard for the opponent as well. I think the two teams who played the most football so far played against each other, so nobody had an advantage and nobody had a disadvantage. I am really, really pleased, as you can imagine."

The boss also provided an injury update on Sadio Mane, who was forced off the pitch in the first half with a suspected hamstring injury.