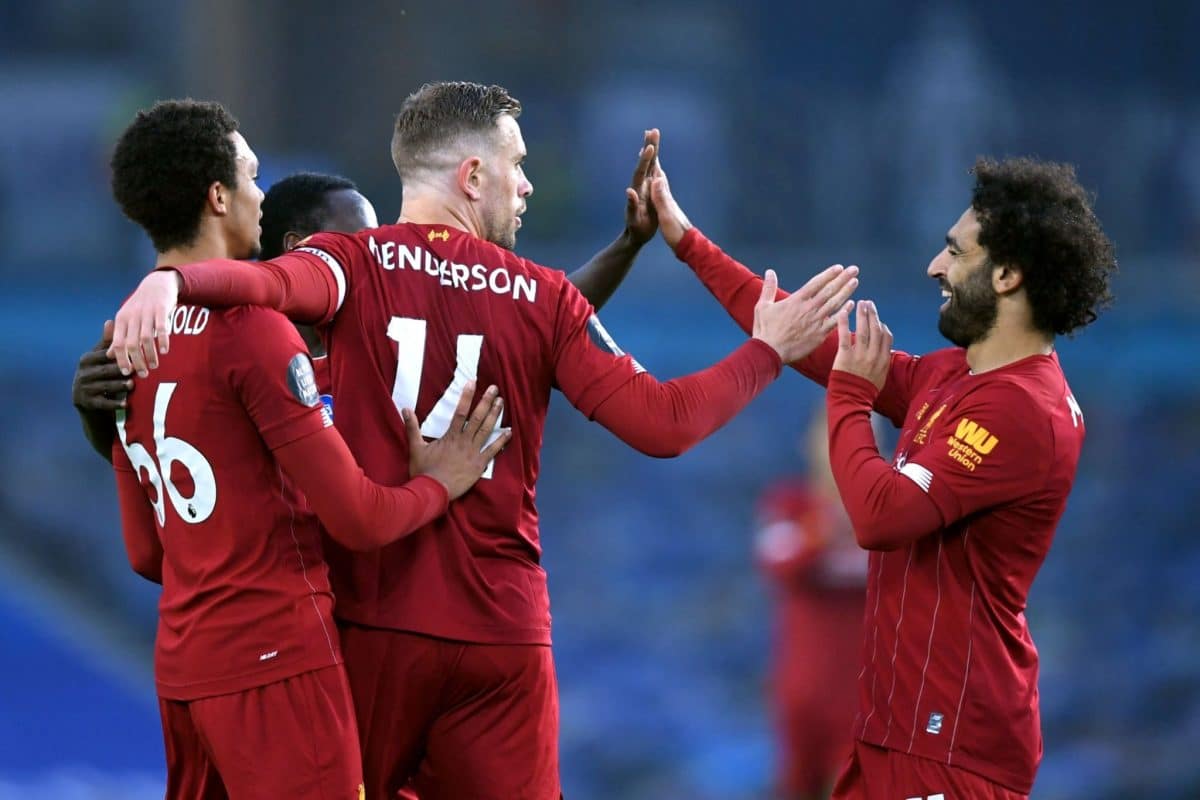 Brighton vs Liverpool highlights - Liverpool beat Brighton 3-1 thanks to a Mohamed Salah brace either side of a Jordan Henderson strike.

Liverpool ended their barren run as they earned their first away win in their last six outings with a 3-1 victory against Brighton and Hove Albion.

It wasn't vintage Liverpool by any means as they struggled to break down the visitors for much of the game, but Mane and substitute Jones netted in the final 20 minutes to give the champions another three points. 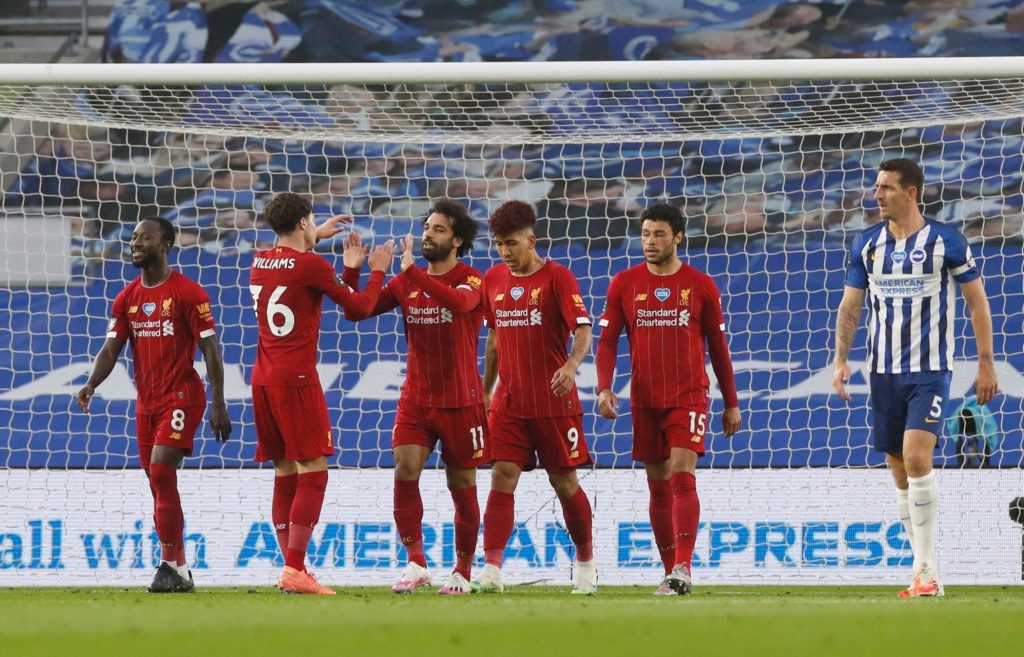 Liverpool hadn't scored away from home since February, but it took them under eight minutes to score twice against Graham Potter's side.

The Reds deployed a high press and reaped the rewards almost immediately as Naby Keita dispossessed Davy Propper and squared the ball to Mohamed Salah, who smashed the ball into the back of the net.

Liverpool's pressing paid off again just two minutes later as Keita nicked the ball in midfield again. The ball reached Salah, who teed it off for the onrushing Jordan Henderson. The skipper whipped the ball home with a fantastic finish to make it 2-0.

Brighton had an excellent chance to equalise after lacklustre defending from the Reds set Leandro Trossard up for a strike, but Williams came across to make a goal-saving block on his debut.

Trossard had the ball in the net a minute after the end of the first drinks' break, but the linesman flagged for offside in the build-up. 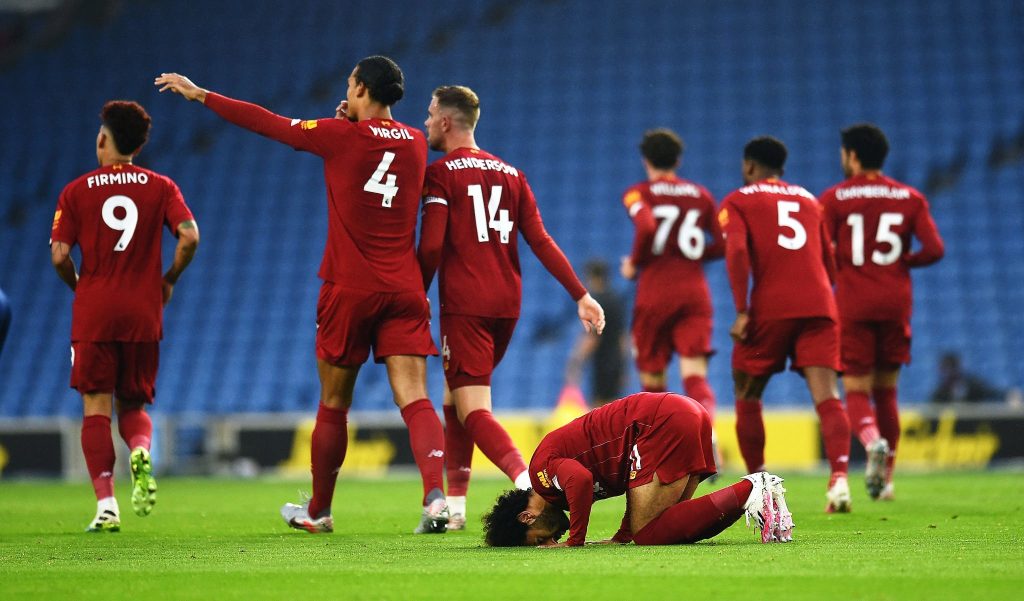 Brighton created plenty of uncomfortable moments for Liverpool and they were rewarded for their efforts just before the break. Tariq Lamptey centred towards Trossard, who took the ball early and fired a powerful half-volley past Alisson.

Andy Robertson came on in place of Williams at half-time, with right-back Lamptey looking increasingly threatened down Liverpool's left.

But it was more of the same in the second half as Lamptey and Brighton probed at the Reds' defence.

Fabinho and Sadio Mane came on at the hour mark as the impressive Keita and largely quiet Alex Oxlade-Chamberlain made way for the duo.

A good move between Robertson and Mane down the left led to Henderson having another pop from outside the box. His shot was deflected behind, with the Reds converting the ensuing corner.

Robertson swung the ball towards the front post as Salah made his way to the front of the pack and glanced home inside the near post to make it 3-1.

James Milner and Takumi Minamino came on in the closing stages as Liverpool cruised to victory and took their points tally to 92 in the Premier League.

Disclaimer: Brighton vs Liverpool highlights, goals and full match videos are provided and hosted by external sources. We help you discover publicly available material and act as a search engine. We do not host or upload this material and are not responsible for the content.