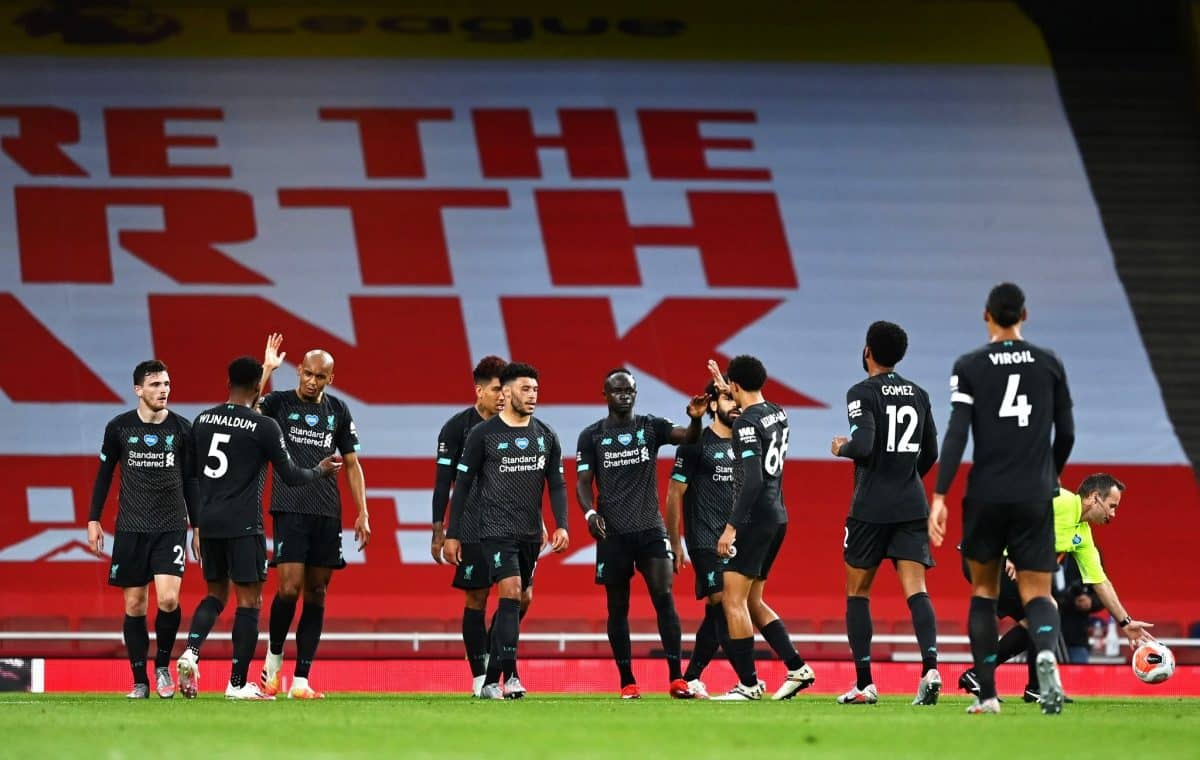 Liverpool suffered their third Premier League defeat of the season as Arsenal ran out 2-1 winners over the champions.

Jurgen Klopp's side failed to capitalise on their dominance as the Gunners come from a goal behind to win 2-1 at the Emirates.

Sadio Mane put the visitors ahead midway through the first half but mistakes from Alisson and Virgil van Dijk proved costly as Alexandre Lacazette and Reiss Nelson sealed three points for Arsenal. 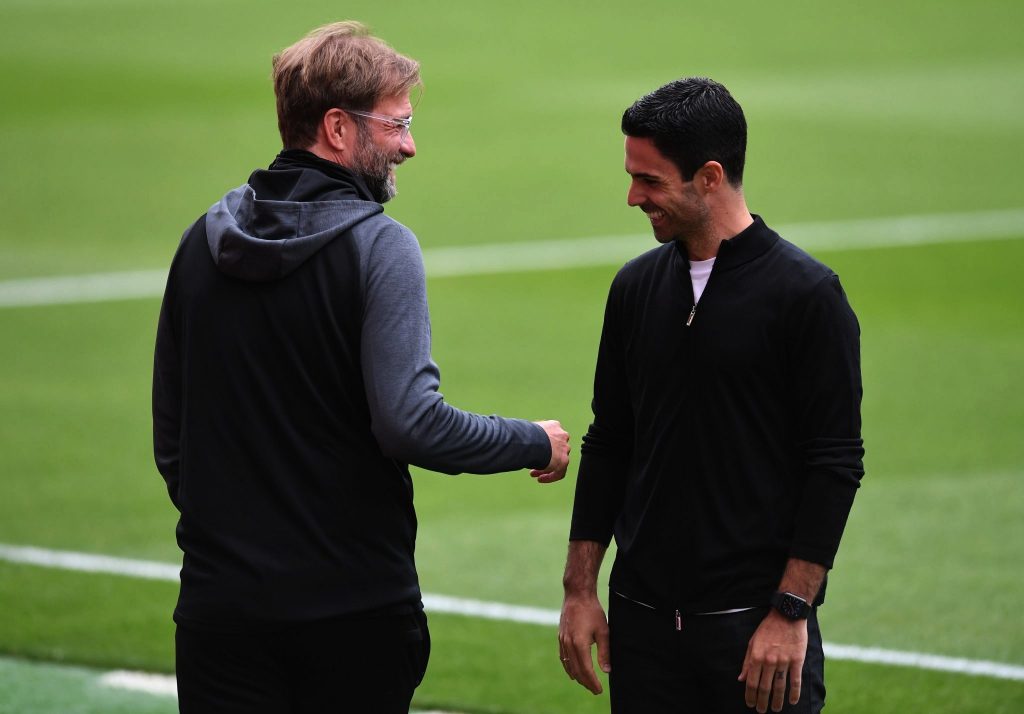 Liverpool stifled the home side in the opening fifteen minutes as they pressed up high in the Arsenal half.

Their pressing nearly paid off as Roberto Firmino closed down goalkeeper Emi Martinez and blocked his clearance, with the ricochet agonisingly hitting the woodwork and going behind.

They got their breakthrough in the 20th minute as a well-worked move between Firmino and Andy Robertson saw the Reds left-back supply Mane in the middle.

Mane evaded the Arsenal defence and tucked the low cross home with a simple tap-in to put Liverpool, scoring his 21st goal in all competitions in the process.

Mikel Arteta's side struggled to get out of their own half as Liverpool dominated possession and showed great patience in order to dictate the rhythm of the game. 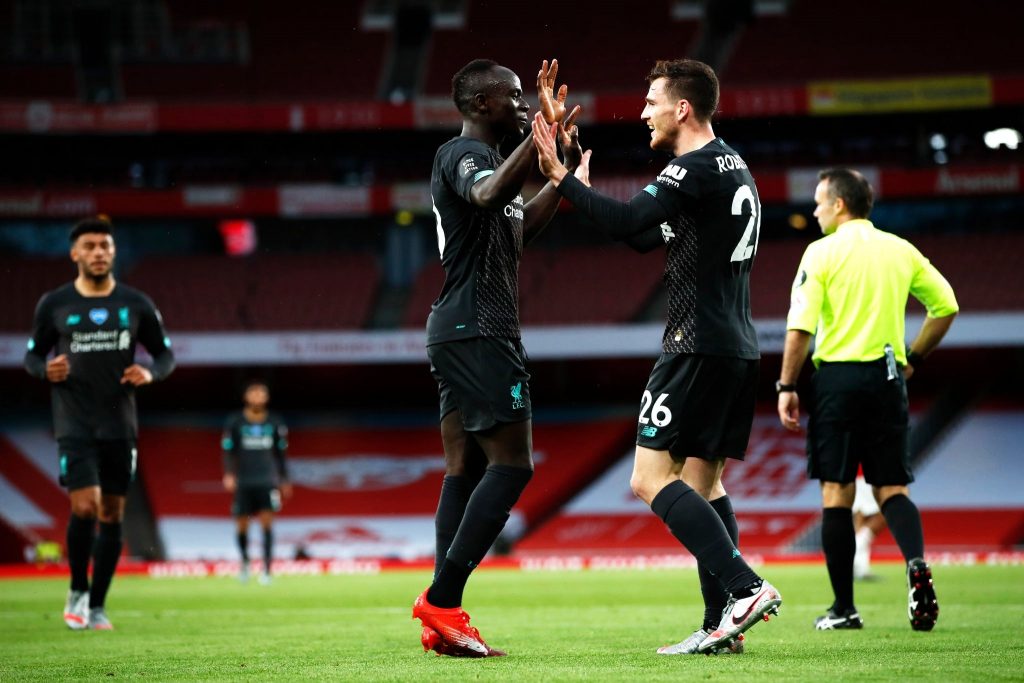 But Arsenal equalised against the run of play as Van Dijk's wayward pass between Fabinho and Alisson was pounced upon by Lacazette.

The Frenchman rounded the Reds goalkeeper and slotted the ball into the back of the net with Arsenal's first attempt on goal.

Liverpool made another remarkable howler just before half-time as Alisson gave the ball away to Lacazette, who found Nelson in the box, with the youngster side-footing the ball home.

Klopp's side should have equalised at the start of the second half as panic in the Arsenal defence saw Trent Alexander-Arnold, Robertson and Mohamed Salah all shoot in quick succession. But the trio were unable to turn the ball home.

They came close again as Alexander-Arnold's cross was met by Salah, who dragged the ball away from the defender and clipped in a shot, with Martinez saving a certain goal at full stretch.

With an hour gone and the Reds still trailing, Naby Keita and Takumi Minamino came on in a double substitution, with Alex Oxlade-Chamberlain and Firmino being withdrawn. 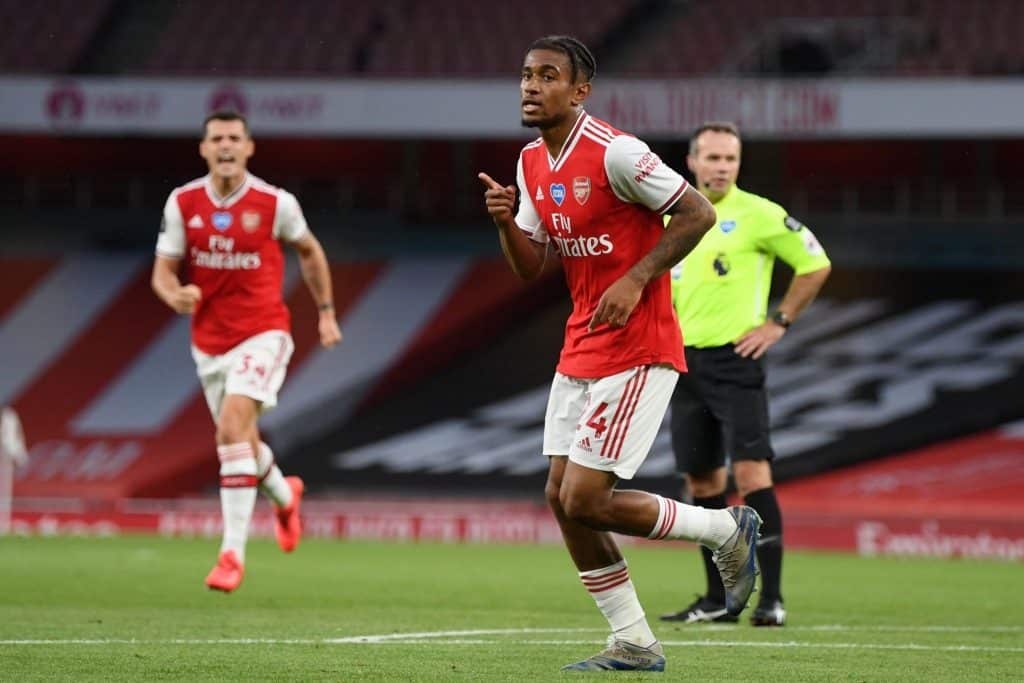 It was one-way traffic during the ten minutes after the change as Liverpool had a staggering 92% possession. But Minamino and Salah couldn't convert from the chances that fell their way.

Liverpool pressed on in the final minutes as Divock Origi and Xherdan Shaqiri came on, with the latter making only his second appearance this calendar year.

Despite a late chance for Mane, the champions failed to create many opportunities as they suffered their first defeat to Arsenal in over five years. It means the Reds can no longer set the record for most Premier League points, with a maximum of 99 now achievable.

Disclaimer: Arsenal vs Liverpool highlights, goals and full match videos are provided and hosted by external sources. We help you discover publicly available material and act as a search engine. We do not host or upload this material and are not responsible for the content.