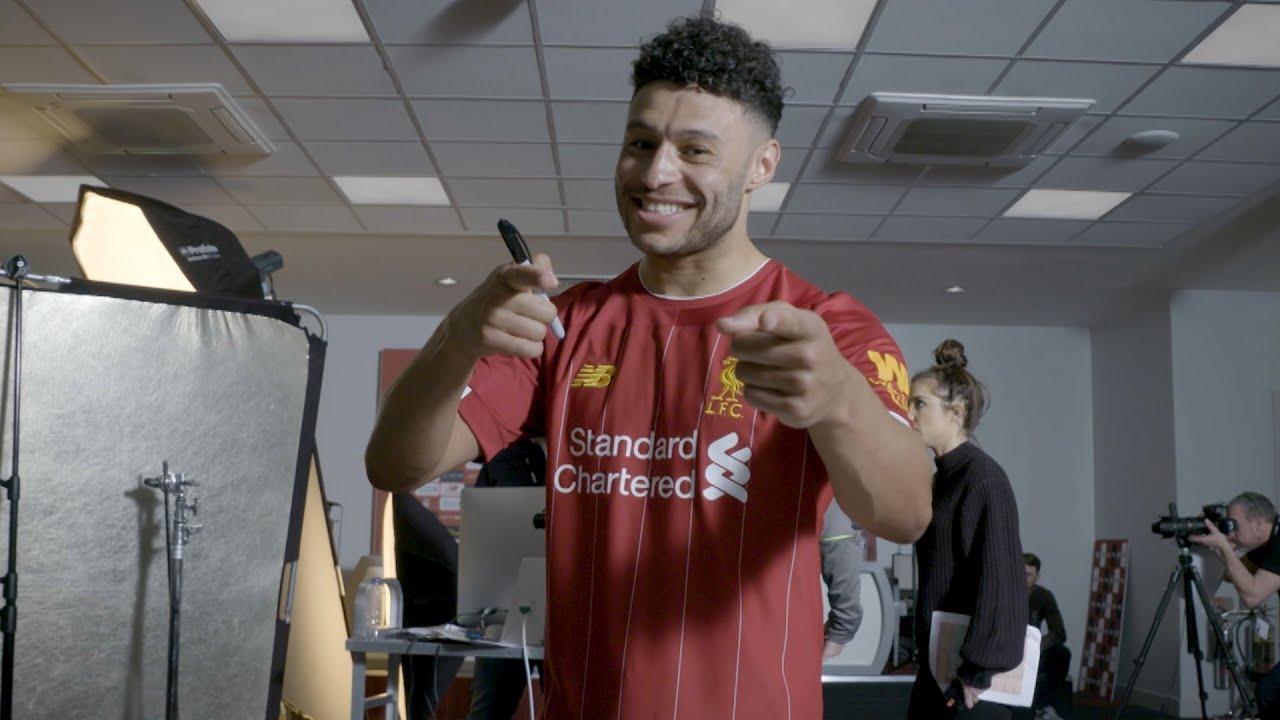 Alex Oxlade-Chamberlain went on a hilarious behind-the-scenes tour at the shooting of Liverpool's new 2019/20 home kit.

The Reds released their 2019/20 home and goalkeeper shirts on Thursday morning, with both kits being received well amongst supporters.

As is now customary when Liverpool release a new kit, Oxlade-Chamberlain was there to provide a behind-the-scenes tour with the rest of the squad on shooting day.

The midfielder, who is edging ever closer to full fitness, appears in good spirits throughout as he chats with the rest of the squad.

Watch the hilarious video below in which Virgil van Dijk, Jordan Henderson, Rhian Brewster, Andy Robertson and many more of the Reds' squad all feature.

Meanwhile, Liverpool have confirmed that goalkeeper Alisson will take the No. 1 shirt for next season.

The Reds goalkeeper inherits the shirt from Loris Karius, who is currently on a two-year loan spell at Besiktas.