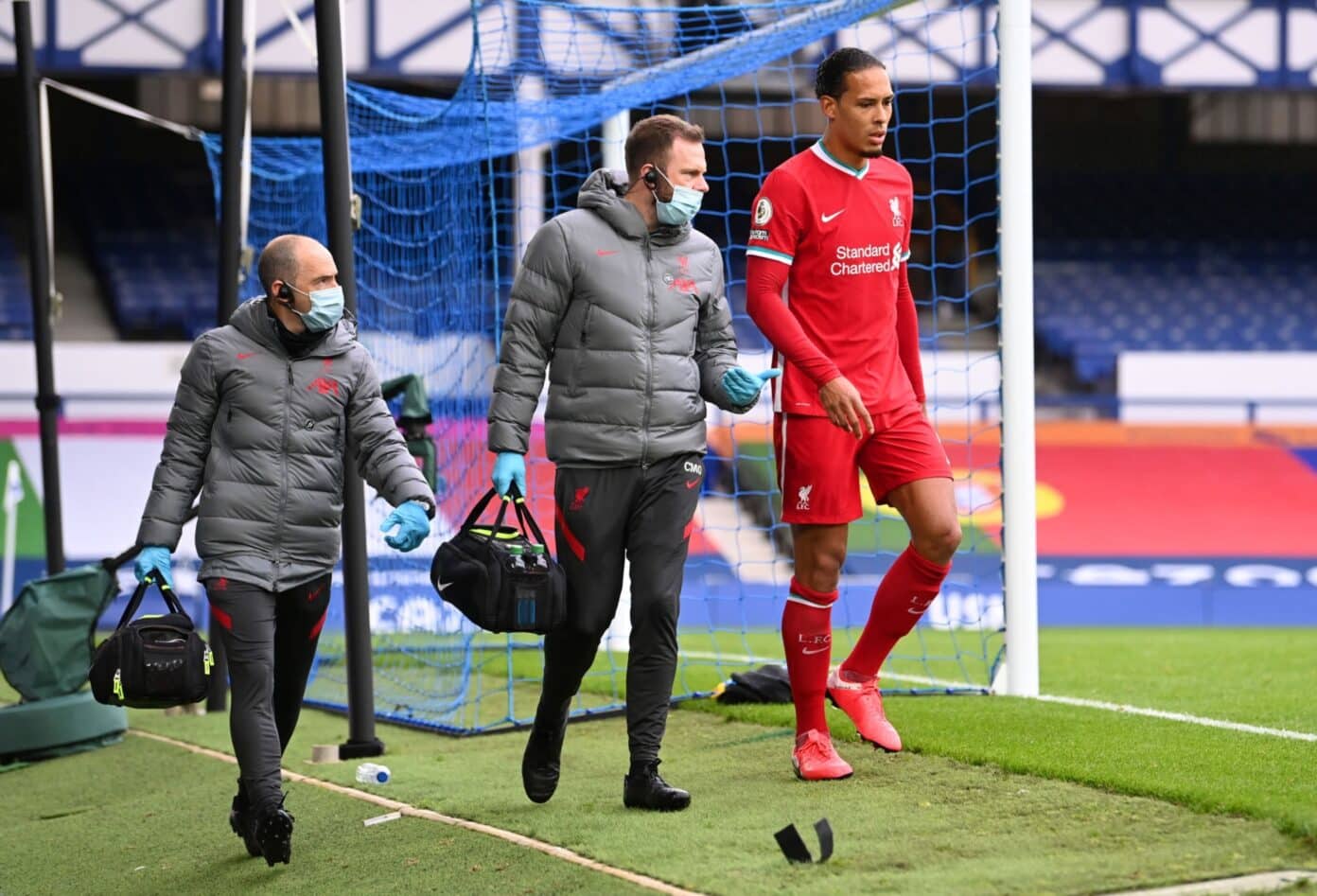 Jurgen Klopp insisted the injury sustained by Virgil van Dijk during Saturday's Merseyside derby win against Everton is "not good".

The Dutchman was forced off the pitch inside the opening ten minutes after a wild tackle from Jordan Pickford inside the box.

The 29-year-old is rarely injured and the sight of him gingerly walking off along the sidelines was particularly concerning for the Reds.

Van Dijk's absence would be a huge blow for Liverpool, who are coming into a busy period starting with Wednesday night's trip to Ajax in the Champions League.

Speaking after the game, Klopp admitted: “I don’t know [how serious it is], I don’t know, but it is not good.

“Virgil played for us I don’t know how many games in a row. He plays with pain, he plays with pretty much everything, but he couldn’t play on. That’s not good.”

He added in his press conference: "In the game, it was pretty quick. For me, it was a clear penalty what I saw and then obviously we saw that the flag went up, so offside.

"I still thought it's worth to have a look on the foul but that didn't happen.

"We have no power there, we just sit here and now you discuss it with me. We have to ask other people about that.

"What can I say? I don't want to say Jordan Pickford wanted to do it but it's, of course, not a challenge how a goalie can do it in the box because there's another player.