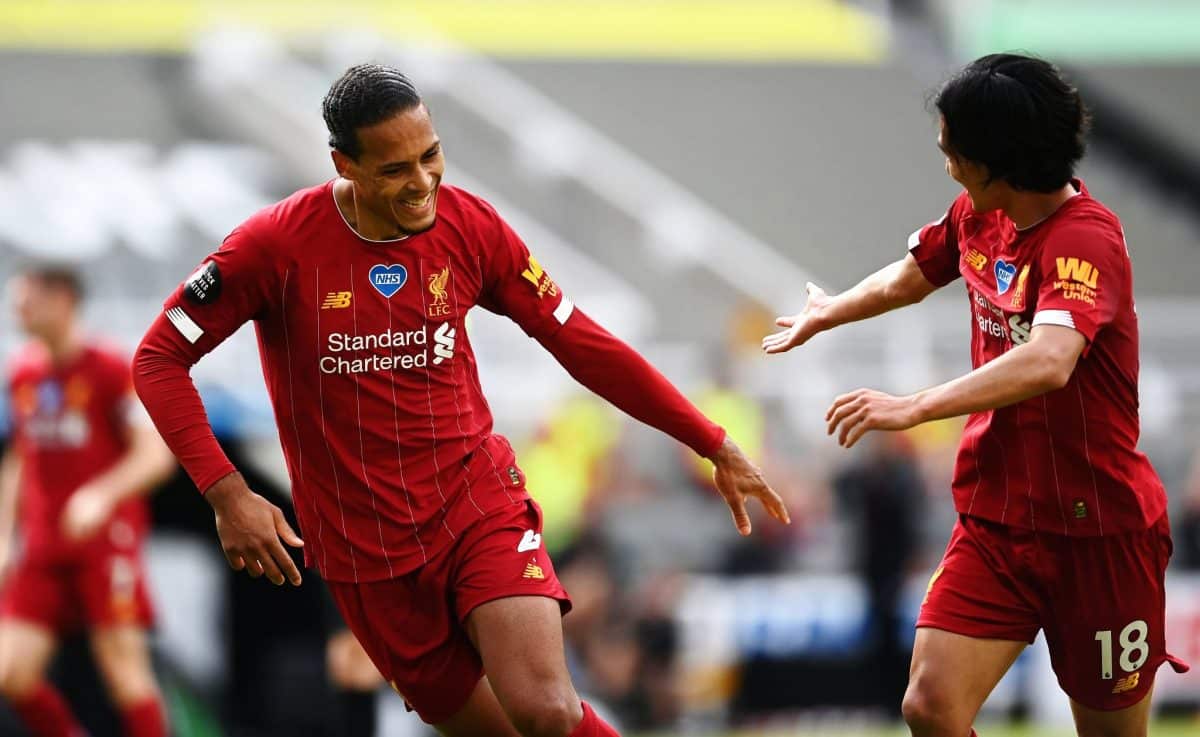 Liverpool defender Virgil van Dijk has called upon his teammates to continue being consistent next year if they are to retain the Premier League title.

The Reds blew all competition in their way in the 2019/20 season as they clinched the league title with seven games spare.

Despite a couple of disappointing results after the restart in March, they finished the season on a high with two wins against Chelsea and Newcastle United, putting them on a club-record 99 points to finish the campaign.

Speaking after the 3-1 win over Newcastle on the final day of the season, goalscorer Van Dijk insisted he doesn't "need any more motivation" going into the next campaign.

He said: "If I'm talking personally I don't think I need any more motivation.

"I want to go out there every opportunity there is, trying to get results with the boys, enjoy the game like, for example, the second half I really enjoyed it; how we played, how we pressed, how we won the ball when we lost it.

"That's the key for next season as well. We want to improve on the way we play and be as consistent as we have been this year.

On the game itself, Van Dijk was especially delighted with the Liverpool's performance in the second half, having reacted after going down to a Dwight Gayle goal in the opening 30 seconds.

"Yeah, it was an outstanding game," he said.

"Second half especially, we played amazing football, we created chances and obviously well deserved the win.

"It's a good feeling to go into a little break, and hopefully we'll be good to go and fresh for next season in a couple of weeks."

When asked whether he had a particular highlight for the season, the Dutchman said: "I think the personal highlight is winning the Premier League!"

"It's been a big dream of mine coming through, and I think for all of us, for this beautiful club, it's outstanding and it should spur us on to try even harder to retain the title.

"It's going to be very tough; teams are going to improve, they'll want to beat us even more.

"But yeah, we will focus on each game at a time, that's what we did already this season, and hopefully we can be as consistent as we have this season.

"It's going to be a new challenge, but we should all look forward to it as well."