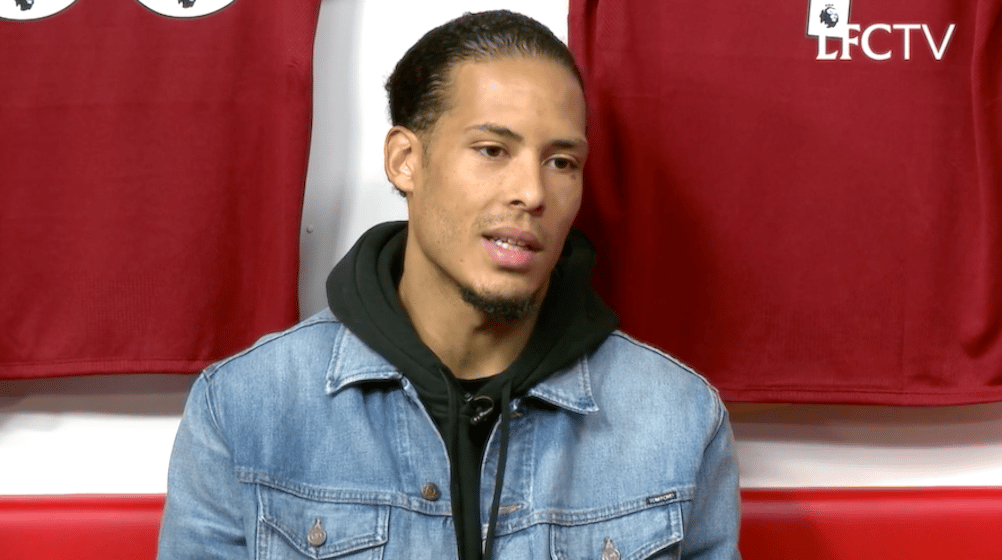 Virgil van Dijk was the special guest alongside Gary Gillepsie on LFC Later on LFCTV, as the episode looks at the big Dutchman's start to his LFC career.

The Liverpool centre-back revealed what it's like to face Mohamed Salah in training and we find out what makes him tick off the pitch as he's quizzed by his teammates.

On Salah, Van Dijk said: “You can see his quality week in, week out. And with the goals he has scored as well. Even before I arrived I had seen so much of him – and when I played against Liverpool it was the same story. He is also a very good guy, is down to earth and works hard.”

The £75million-man signed from Southampton in the summer experienced an emphatic arrival, scoring on his Reds' debut against Everton in the FA Cup.

"Obviously, it was something special," he said.

"It is something everyone who makes their debut for their new club dreams of. But for Liverpool, in a Merseyside derby [it is special].

"I played only one Old Firm game [at Celtic], but my first game [for Liverpool] with so much pressure with everything that happened with the transfer, then to score this goal [was special].

"The feeling, you can't really describe, especially after the game, it was unbelievable."

Van Dijk, Liverpool's number 4, explained why he chose that number on his kit over aiming for fellow centre-back Ragnar Klavan's number 17, citing former Red Sami Hyypia as an inspiration.

“In Holland, No.3 and No.4 are the centre-back numbers. I had it at Groningen. And I know Sami Hyypia had it when he was here as well. He played for Willem II, where I played for 10 years; I saw him play for Willem II and Liverpool," he said.

"It was always something special. It’s a big number. I love to wear it and I’m very proud.”

Watch the full interview above.

This episode of LFC Later originally aired on 22nd February.