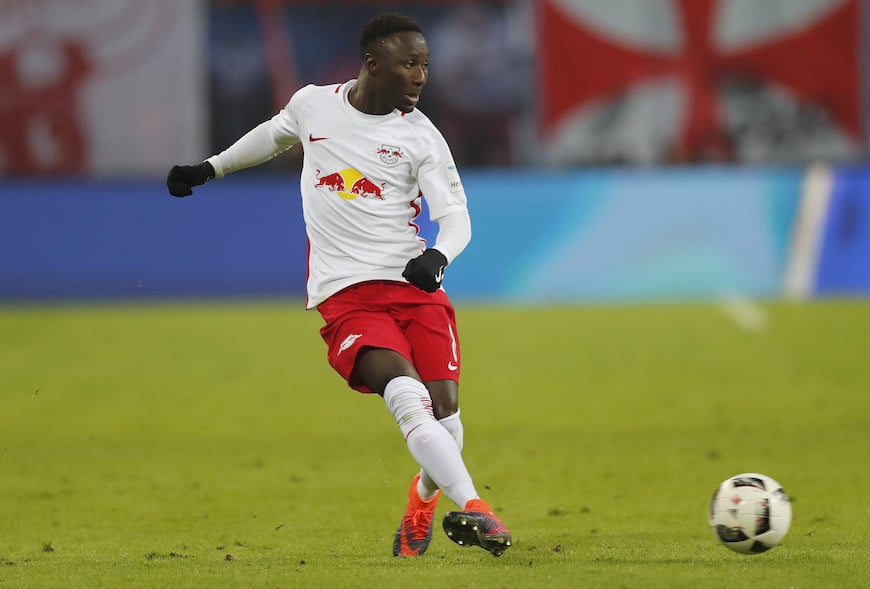 Naby Keita, who is due to arrive at Liverpool in the summer, assisted Timo Werner for the winning goal for RB Leizpig against Zenit St. Petersburg in the Europa League.

Leipzig caused another upset in the UEFA Europa League Last 16 stage as they beat Zenit St. Peterburg on Thursday evening.

Bruma opened the scoring after a goalless first-half, with Keita then assisting Werner for Leipzig's second. Zenit clawed one back late on via Domenico Criscito, however it was the German outfit that secured a 2-1 victory.

Leipzig opened the scoring through Jean-Kevin Augustin courtesy of a Keita assist in their 1-1 draw at home.

With the midfielder heading to Liverpool in the English Premier League in July, Jurgen Klopp will have more attacking options and the prospect of Keita linking up with the likes of Sadio Mane, Mohamed Salah and Firmino has understandably got fans salivating.

This ends in a goal. pic.twitter.com/zYhHvHMIDa