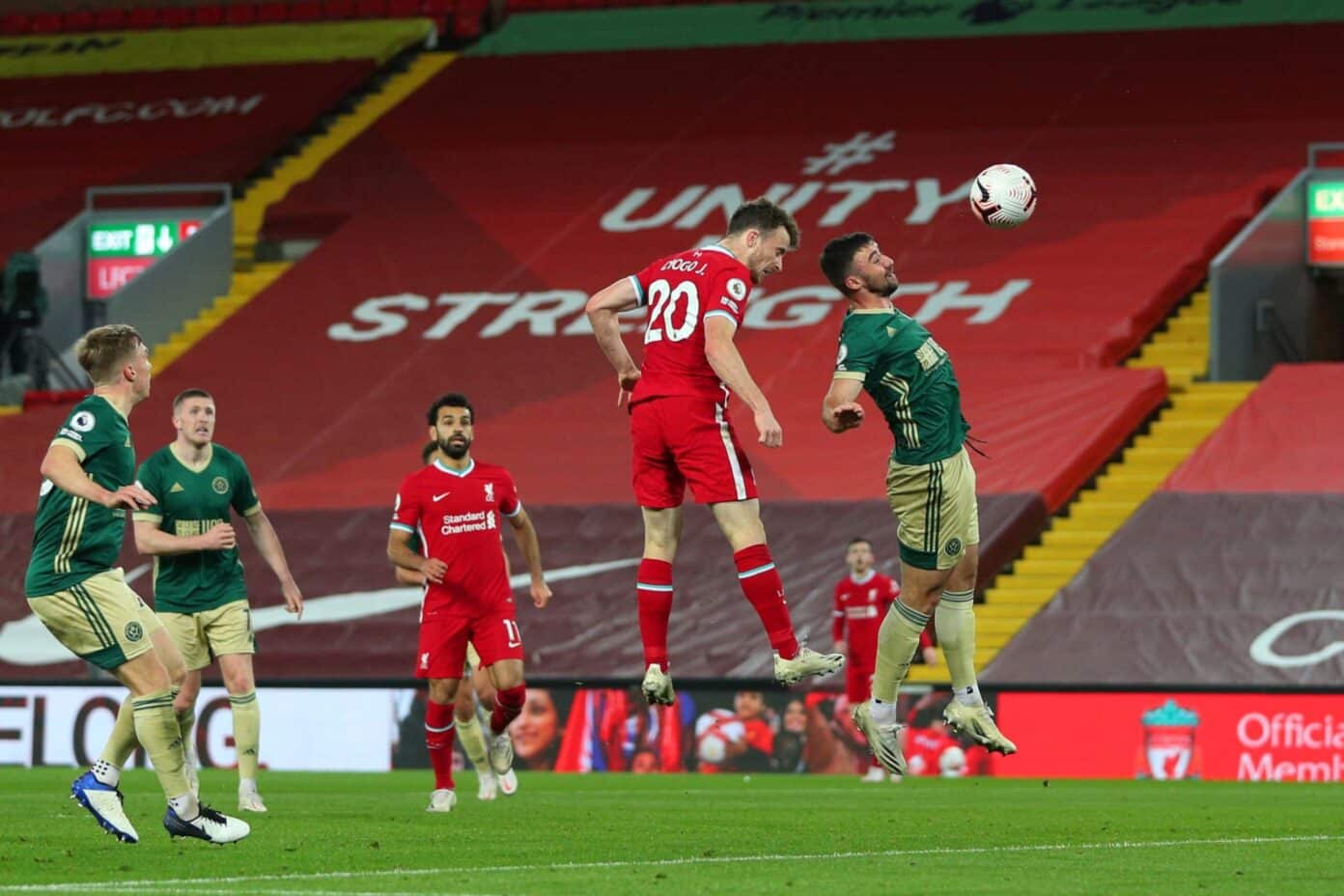 Despite creating a couple of chances inside the opening ten minutes, Liverpool found themselves 1-0 behind in the 13th minute, with a VAR decision going against them once more.

Fabinho's innocuous tackle on Oli McBurnie was deemed to be a penalty by VAR, despite the referee initially signalling for a free-kick outside the box. Sander Berge stepped up to convert the spot-kick to put Chris Wilder's side 1-0 up.

Liverpool were unable to make much headway in response as the Blades played with freedom and looked likely at times to double their advantage.

But the Reds equalised just before the break as Jordan Henderson's cross was headed goalwards by Sadio Mane, with goalkeeper Aaron Ramsdale palming his effort into the path of Roberto Firmino, who finished with ease within the six-yard box.

Mohamed Salah had an excellent goal ruled out for offside just after the hour mark, but Liverpool edged ahead just a few minutes later as Diogo Jota headed home from Mane's cross to give the Reds a 2-1 win.

Jurgen Klopp's side had to dig deep at times against a lively opposition, but it was a successful evening for the Reds as they earned their first win in three Premier League games.

Disclaimer: Liverpool vs Sheffield United highlights, goals and full match videos are provided and hosted by external sources. We help you discover publicly available material and act as a search engine. We do not host or upload this material and are not responsible for the content.