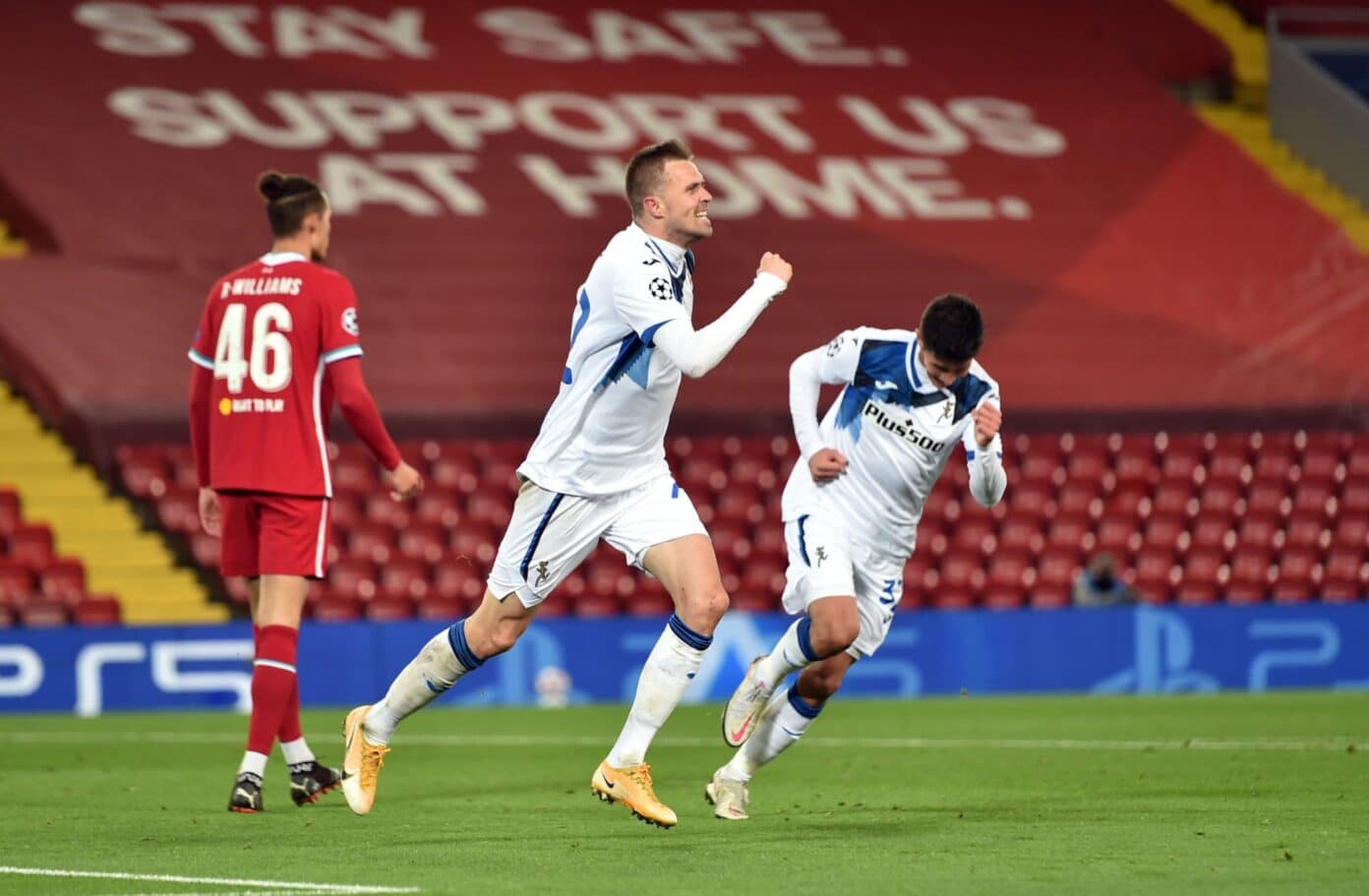 Liverpool vs Atalanta highlights - All the goals and highlights from Anfield as the Reds were defeated 2-0 by Atalanta in the Champions League.

Liverpool could have booked their place in the knockout stages with a win against Atalanta, but the script didn't go to plan for Jurgen Klopp's side on Wednesday night.

The visitors nullified Liverpool's threat from the off as the Reds struggled to get going all night.

The Serie A side took a deserved lead just before the hour mark as Josep Ilicic got in behind and finished past Alisson from close-range.

Despite Klopp making a quadruple substitution to change the rhythm of the game, Atalanta scored again just a few minutes later through Robin Gosens.

The Reds failed to produce a response as they succumbed to a rare European defeat at Anfield. But qualification still remains in their own hands.

A win against Ajax next week or against Midtjylland on the final matchday would be enough for Liverpool to reach the round-of-16.

Disclaimer: Liverpool vs Atalanta highlights, goals and full match videos are provided and hosted by external sources. We help you discover publicly available material and act as a search engine. We do not host or upload this material and are not responsible for the content.