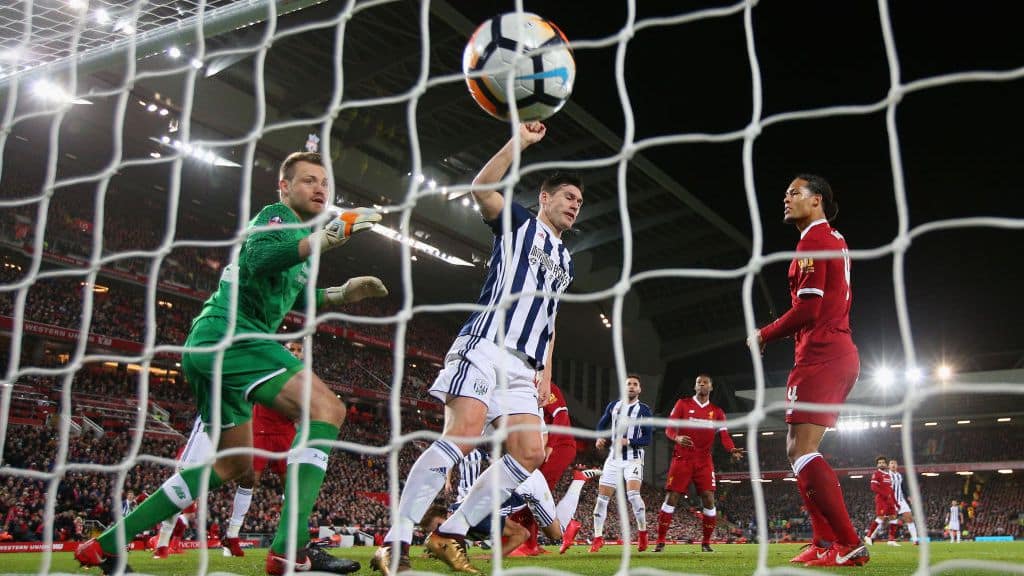 Liverpool were knocked out of the FA Cup in the fourth round after a 2-3 loss to West Brom at Anfield on Saturday night.

The game was dominated by several key Video Assistant Referee (VAR) decisions, which saw West Brom awarded and denied goals, while Liverpool were awarded a penalty by VAR official Andrew Marriner – who watched the match from a TV studio in London.

Liverpool scored in 5 minutes when Mo Salah’s saved shot was chipped into an open net by Roberto Firmino.

Liverpool had the opportunity to equalise in the 26th minute when Mo Salah was pulled back in the penalty area by Jake Livermore. Referee Craig Pawson became the first referee in VAR’s short history in the UK to consult the screen at the side of the pitch, awarding the spot kick. Whether the 4 minute delay affected Roberto Firmino’s concentration is hard to know, but the Brazilian hit the underside of the bar and the chance was lost.

Pawson would call for VAR once more – this time to check an offside, when Joel Matip got the final touch on a West Brom cross, deflecting the ball past Mignolet. The goal was awarded and West Brom took an unlikely 3-1 lead into half time.

Liverpool failed to make a breakthrough early in the second half before Jurgen Klopp made a triple substitution in the 64th minute. The move signalled Klopp’s frustration with his team, with Danny Ings, James Milner and returning captain Jordan Henderson being pushed into action.

Ings looked lively on his introduction and he was denied a penalty almost immediately, under a clumsy challenge by Ben Forster. Liverpool dominated play throughout this period with Forster making an excellent save from Milner’s drive in the 74th minute and again from Ings 2 minutes later.

Salah gave the Reds hope in the 77th minute, sweeping in from the edge of a packed penalty area following a cross by Trent Alexander-Arnold. It was Salah’s 25th goal of an incredible season for the popular Egyptian.

Anfield was in full voice as the Reds pushed forward chasing an equaliser, but despite their best efforts the Reds were unable to beat Forster again.

This is the third successive season that Liverpool have exited the FA Cup at the fourth round and this defeat will be a bitter blow to Jurgen Klopp’s efforts to deliver a trophy during this season.