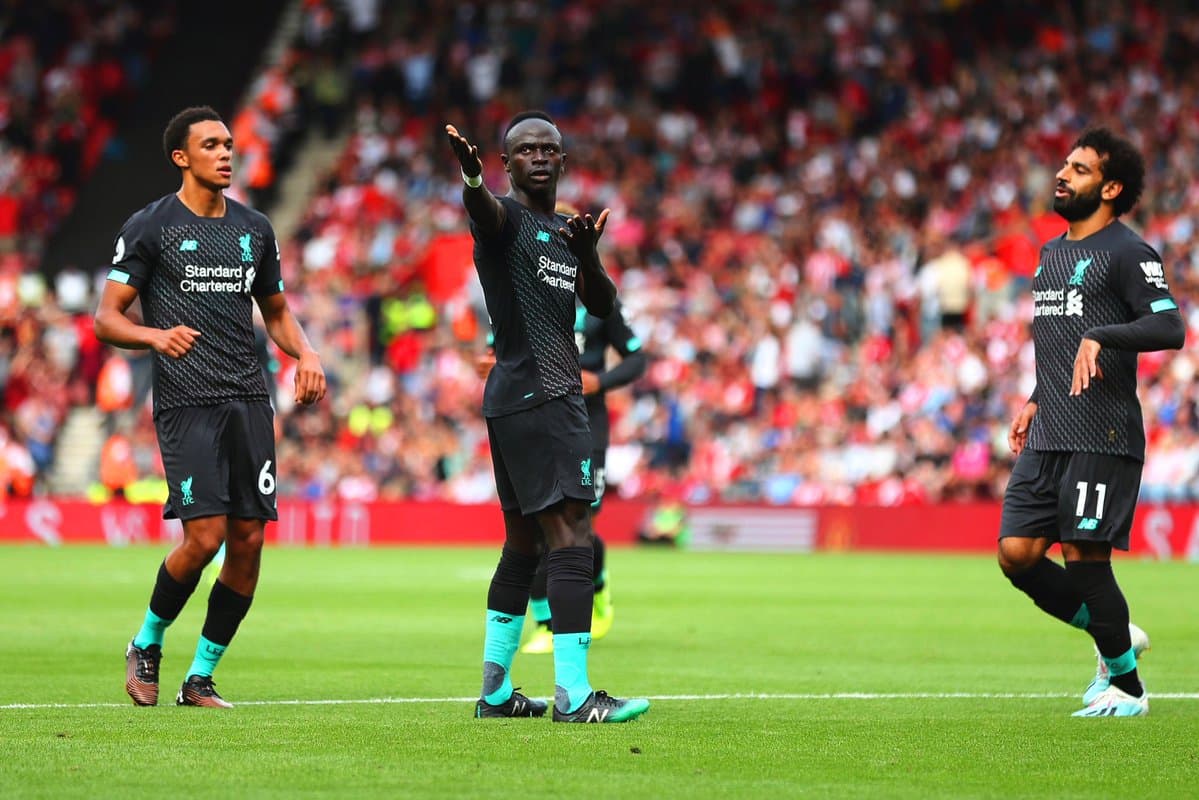 The Reds earned all three points in their first away Premier League fixture of the season as they beat Southampton at St. Mary's on Saturday afternoon.

Liverpool manager Jurgen Klopp made three changes to the side that beat Chelsea in midweek as Roberto Firmino, Gini Wijnaldum and Trent Alexander-Arnold returned to the side.

It was Alex Oxlade-Chamberlain's first start in the league since April 2018 as he partnered Wijnaldum and Milner in the Reds midfield.

The midfielder started the game well with Liverpool quickly getting into their stride. However, Saints' attack looked promising at times, led by striker Che Adams, a £15 summer signing from Birmingham.

The hosts came close after Virgil van Dijk's back-pass to Adrian saw the goalkeeper's clearance ricochet off James Ward-Prowse before spinning behind safely.

Adams then got behind a shaky Reds defence after a mistake from Joel Matip, however, van Dijk was on hand to neutralise the danger.

Oxlade-Chamberlain had a half-chance after being played in by Mohamed Salah, who found him in the box with a clever flick, however, he could only manage to scuff the shot wide of the post. 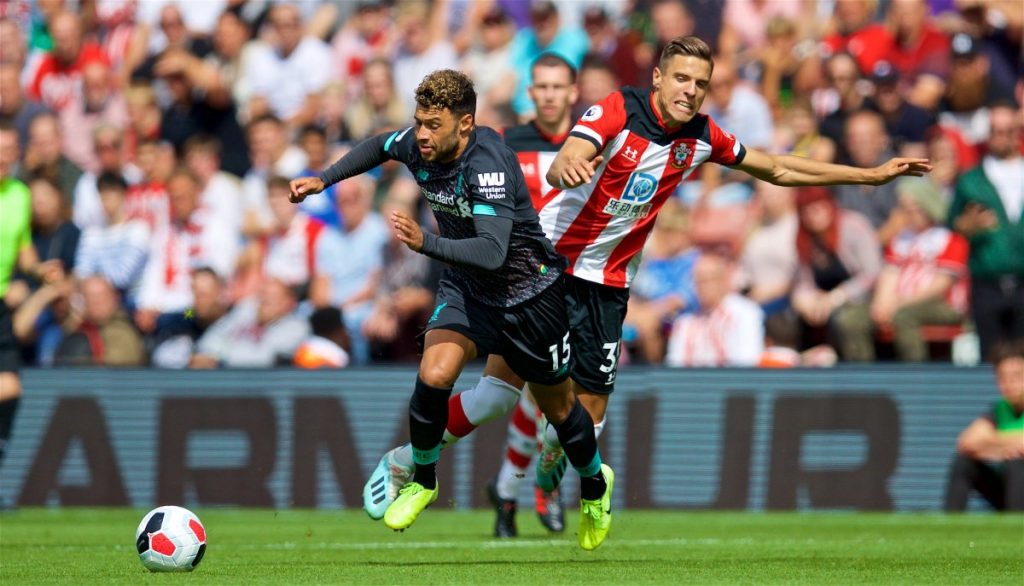 Adams came close once more after he got to a Ward-Prowse corner and sent the ball across the goal, however, the Reds survived with no Saints player capitalising on the chance.

Another corner from Ward-Prose resulted in Maya Yoshida getting his head to the ball, however, Adrian did really well to keep out the Japenese international's header.

The Reds continued to look shaky as the half wore on as Southampton and Adams, in particular, kept coming close to taking the lead. The striker was on hand to finish from a low cross by Ryan Bertrand, however, Adrian just pipped him to the ball to divert the ball away.

With the first-half coming to a close, it was Liverpool who took the surprise lead against the run of play.

Milner found Mane on the edge of the penalty area after good work in the build-up. The Senegal international shifted the ball on to his right foot and unleashed a stunning effort into the back of the net to give the Reds a 1-0 half-time lead.

Liverpool began to dominate more of the ball after the opening exchanges in the second-half as they attempted to grab a second goal to seal the game. 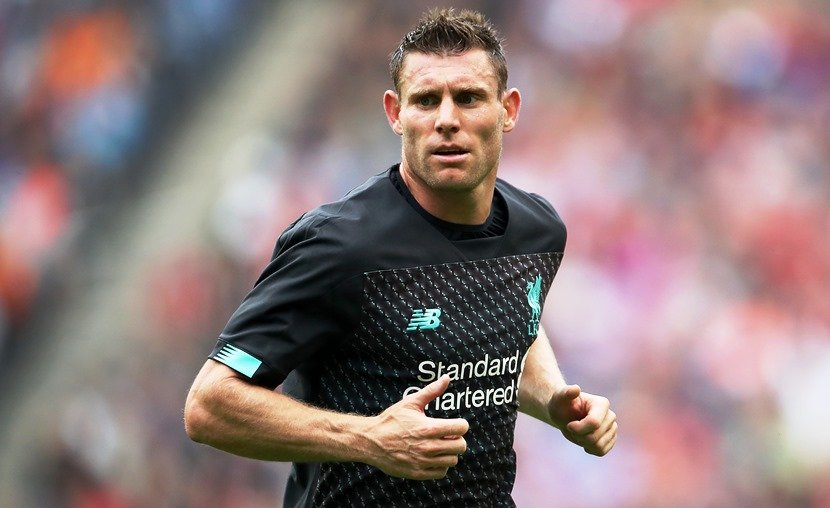 Hassenhütl went for the jugular with a little over 25 minutes to go as he brought off holding midfielder Oriel Romeu for former Reds striker Danny Ings, who joined the threatening Adams up front.

Wijnaldum soon released Mane behind the Saints defence, with the winger squaring the ball first time towards Firmino. The Brazilian appeared to have a straight-forward tap-in, however, he opened his foot too much to glance the ball wide.

Ings went a whisker away after selling Milner a dummy on the edge of the box, coming inches from giving Southampton an equaliser, with the ball firing just above the crossbar.

It was Liverpool who managed to get the crucial second goal of the game as Mane clinched the ball off a dithering Jan Bednarek and sent it towards Firmino.

The Reds forward danced around the defence and sent a powerful low shot into the back of the net to score his first league goal of the season and Liverpool's second of the game. 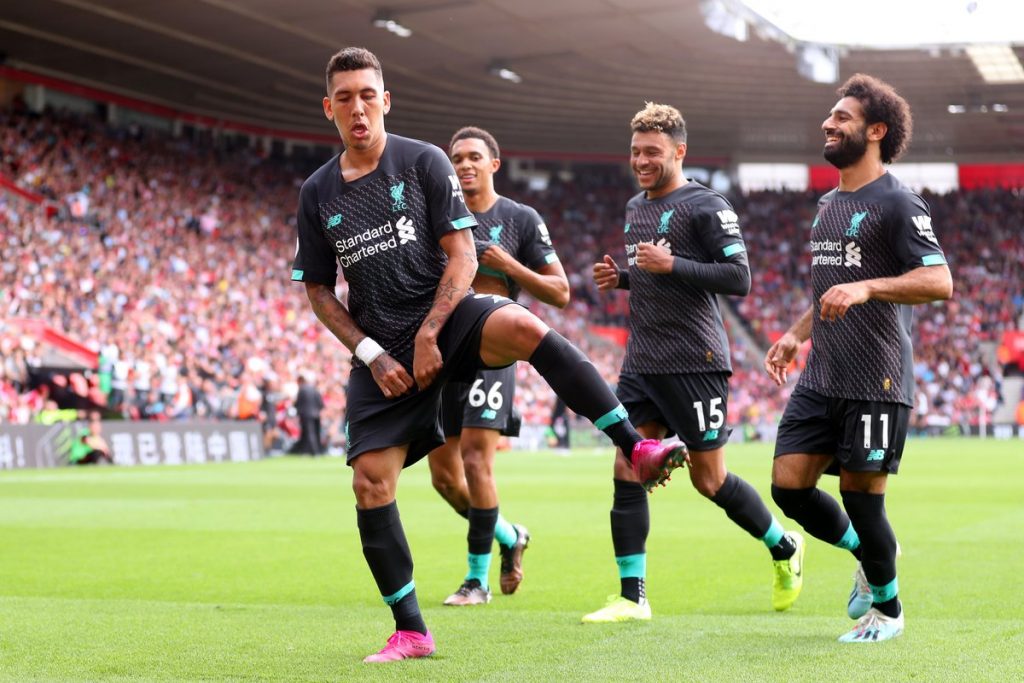 Despite Liverpool's midweek trip to Turkey, it was they who looked the fitter of the two sides in the closing stages with Mane and Andy Robertson both being denied from close-range.

With eight minutes left, Saints were given a life-line after a huge howler from Adrian. The Spanish goalkeeper passed the ball directly to an on-rushing Ings, who stuck his leg out to convert from close-range.

Klopp's response was to bring on Jordan Henderson for Oxlade-Chamberlain as the home crowd urged their side on to find a late equaliser.

Despite a nervy finish that saw Mane give away a dangerous free-kick, Liverpool survived the late scare to earn all three points.

Disclaimer: Southampton vs Liverpool highlights, goals and full-match videos are provided and hosted by external sources, notably DailyMotion and Content-Ventures. We help you discover publicly available material and act as a search engine. We do not host or upload this material and are not responsible or liable for the content.