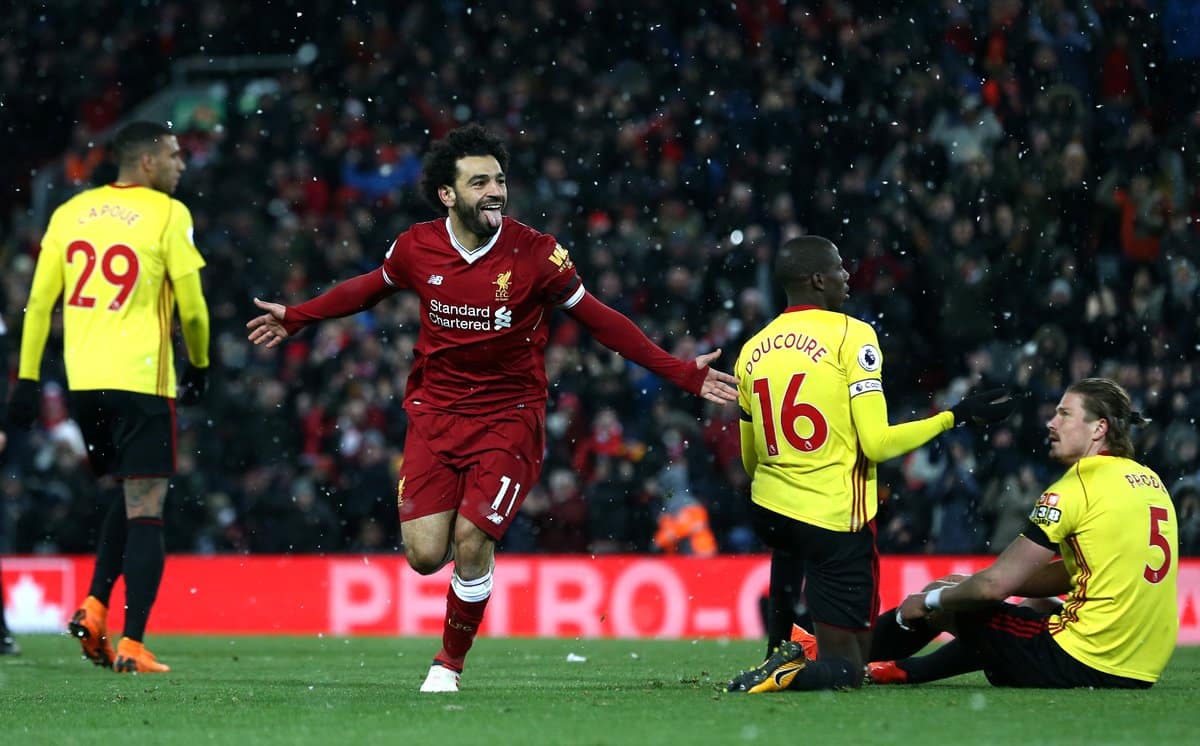 Having scored four goals against Watford at Anfield on Saturday to continue a sensational season, there have been no shortages of plaudits for the Egyptian - who joined Liverpool last summer from Italian side Roma.

Speculation about an early move away from Anfield has increased due to the winger’s stunning form this season - albeit primarily amongst opposition fans; more in hope rather than due to any credible information.

Although Salah has been tenuously linked with a move to Zinedine Zidane’s Real Madrid, he spoke ahead of Saturday’s fixture as he pledged his future to the Merseyside club.

“I said to all my friends, I think I said it in many interviews as well, that I wanted to come back,” Salah told ESPN.

“I said since day one here that I’m happy here at Liverpool and I want to show my football here.”

The 25-year-old was close to joining Liverpool back in 2014, however he left Swiss side Basel to join fellow Premier League side Chelsea following a collapsed deal with the Reds.

“If you look at me now and five years ago, everything has changed — mentally, physically... everything,” he added.

Following a ‘failed’ stint at the London club, Salah was keen to highlight his ambition with his new club, saying it is his “dream” to win the league with Jurgen Klopp’s side.

“It’s a dream to win the Premier League here after a long time, a club that hasn’t won it for a long time,” he added.

“It’s my dream — honestly. I want to win it with this club.”

MORE: Salah is “on the way” to Messi comparisons

Liverpool supporters will be forgiven for being cautious to accept any pledges to the club, having seen many stars depart Anfield in past years, notably Fernando Torres, Luis Suarez and most recently, Philippe Coutinho.

However, the Liverpool faithful have taken to Salah in incredible fashion this season, and it appears Anfield’s latest cult hero feels the same way about the club.