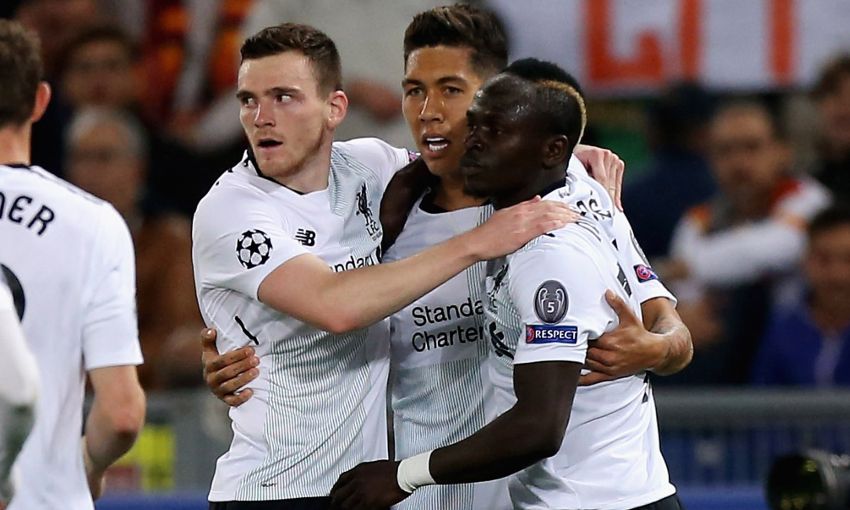 Liverpool progressed to the Champions League final with a 7-6 win on aggregate over AS Roma, despite a 4-2 loss against the Italian side in Rome on Wednesday night.

The Reds will face Real Madrid in the final in Kiev, with their last appearance at the summit of European football back in 2007, when they faced AC Milan in Athens.

Jurgen Klopp’s side were 5-2 up in the tie after their emphatic victory in the first leg at Anfield last Tuesday.

Goals from Sadio Mane and Georginio Wijnaldum gave Liverpool a 2-1 lead at half-time, with a James Milner own goal in between giving Roma a glimmer of hope.

Roma leveled up the scoreline on the night via Edin Dzeko, and went up through two Radja Nainggolan strikes, however it wasn't enough for the Italian side as the Reds progressed to the final via a 7-6 aggregate win.

Liverpool had the perfect start when Roberto Firmino pounced on a wayward ball in midfield and motored forward to slide in Mane, who took a touch and then calmly dispatched beyond goalkeeper Alisson.

Fortune then favoured Roma when Lovren's attempted clearance from inside the six-yard box cannoned against the head of Milner and looped beyond Karius to make it 1-1, with 15 minutes on the clock.

Liverpool then edged ahead on the night and added a crucial second away goal via the head of Wijnaldum, who met Dzeko's wayward header at a Reds corner and nodded in from close range for his first ever goal away from Anfield.

The Reds started the first half slowly as Roma grew in to the game, and the Italian side got their reward after Dzeko tapped in after Stephan El Shaarawy had an effort saved by Loris Karius.

Roma then took an unlikely lead on the night as Nainggolan cracked an effort in off both posts to make the aggregate score 7-5.

Substitute Ragnar Klavan was then adjudged to have handled the ball in injury time, and Nainggolan struck the ball at the back of the net to reduce the deficit to 1, but it wasn't to be for the hosts.

Liverpool will face Real Madrid in the Champions League final in Kiev on 26th May.