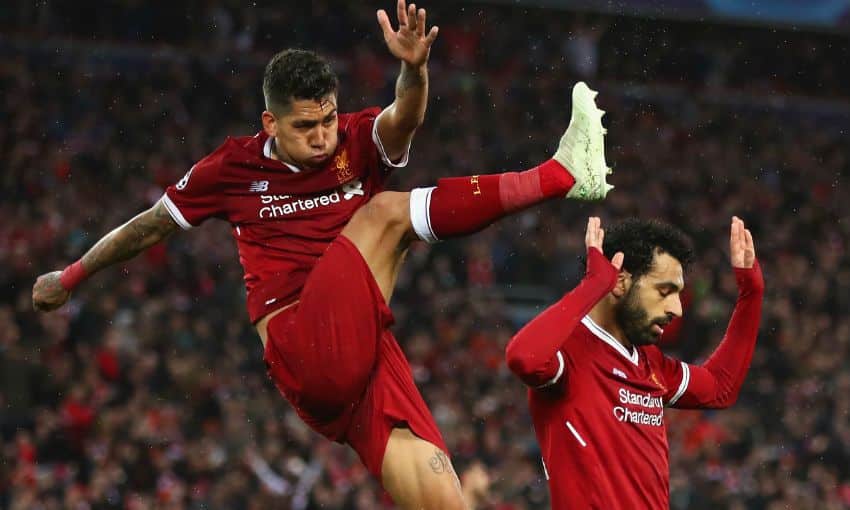 Watch the highlights from Liverpool's 5-2 win over Roma in the first leg of the Champions League semi-finals at Anfield on Tuesday.

Liverpool made the breakthrough in the 36th minute - and the identity of the scorer came as no surprise.

Salah collected the ball on the right corner of the area as he steadied himself to curl a magnificent effort into the top corner beyond the reach of goalkeeper Alisson.

The Egyptian didn't celebrate due to his respect for his former club, but Anfield went wild as the ball hit the back of the net.

Things got even better for Liverpool just before the break as Salah plucked the ball and played it on to Roberto Firmino, who used his strength to retain possession before sliding a pass through for Salah to run onto.

The winger used his pace to meet it and then deftly dinked the ball over the advancing Alisson to guide the goal into the corner for his 43rd goal of the season as Liverpool went into the break 2-0 ahead.

Mohamed Salah was, as ever, heavily involve at the start of the second half, adding to his two goals with an assist for Sadio Mane. Salah pounced and squared to the Senegalese to finish past Alisson from close range.

Roberto Firmino joined the party on the hour mark by adding his side's fourth goal of the evening. The Brazilian helped the ball over the line from all of a yard after being spotted by star man Salah, who recorded his second assist of the night. 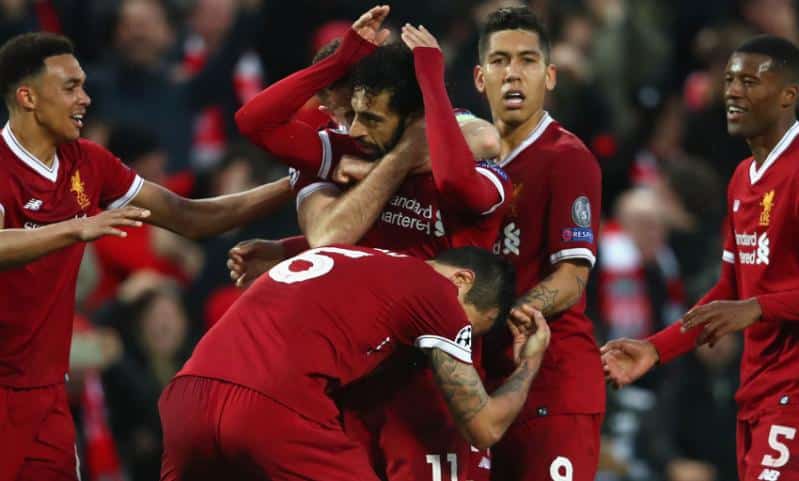 Ten minutes later, things started getting embarrassing for the Italian side. The previous four goals were well worked from the Reds' perspective, but this was a simple header for Firmino from a corner, getting the ball past the goalkeeper with no visiting player on the post.

Liverpool looked comfortable since going five ahead -however Edin Dzeko gave his side the slimmest of hopes. Radja Nainggolan with a ball over the top for the striker, who chested it down and blasted past Loris Karius for a great goal.

Roma gave themselves a route back in to the tie when Nainggolan's shot struck James Milner's hand; Diego Perotti stepped up and put the penalty in the top of the net.

The Reds will travel to Rome to face the Italian side with a significant 3-goal lead, however will be cautious due to Roma's journey in the competition so far.