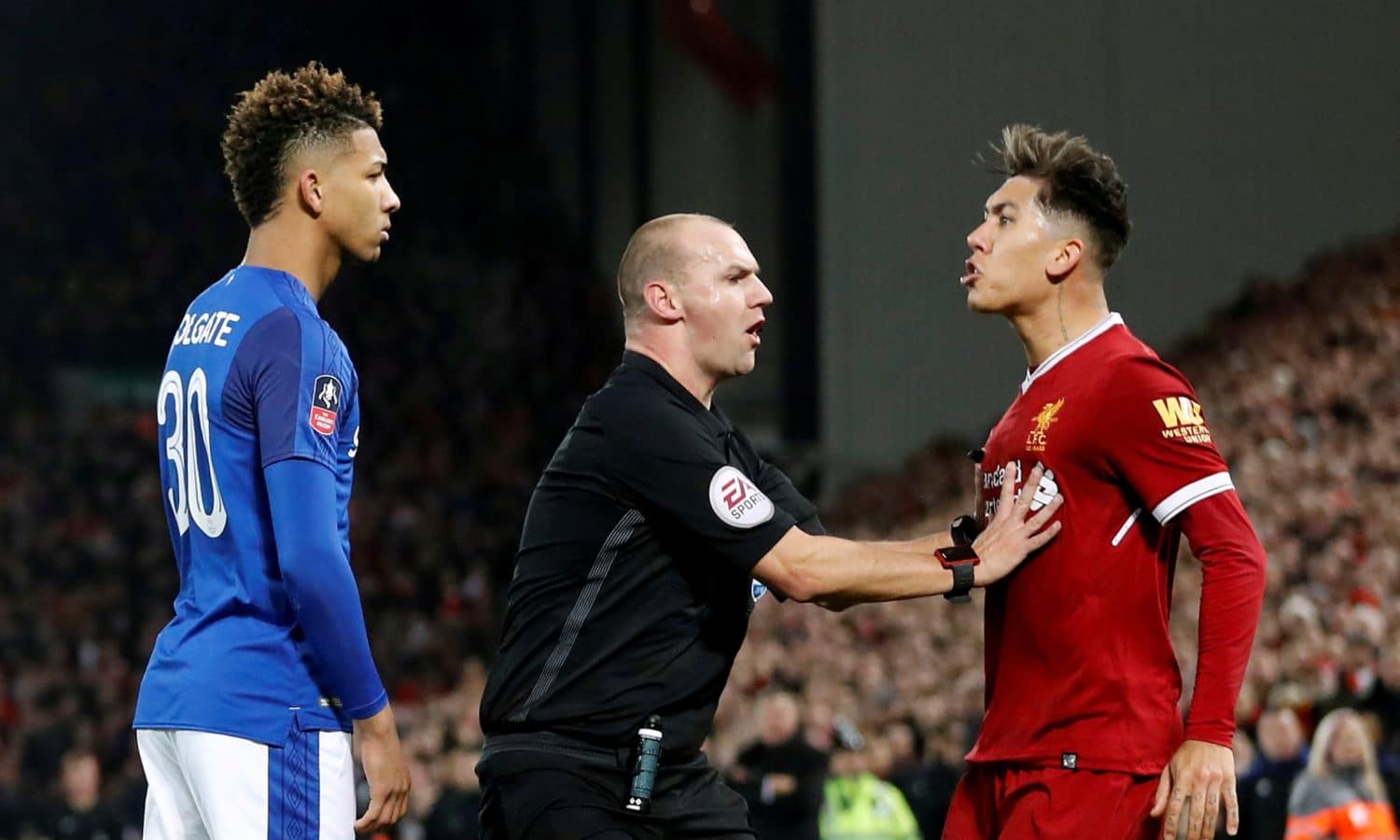 The FA has cleared Roberto Firmino after an investigation into an allegation of discriminatory conduct against the Brazilian forward by Everton’s Mason Holgate.

The English governing body said in a statement: “Having considered all of the available evidence, we consider it is not sufficient to raise a charge against Firmino. However, we are completely satisfied that the allegation was made in absolute good faith by Holgate and that there is no suggestion of this being an intentionally false or malicious allegation.

"We continue to take all allegations of discrimination extremely seriously and would encourage all participants who believe that they have been the subject of or witness to discriminatory abuse to report this through the appropriate channels.”

Holgate and Firmino clashed during the first half of Liverpool’s 2-1 victory over Everton in the FA Cup third-round, back on 5th January. The English defender pushed the Liverpool forward over the advertising hoardings and into the crowd at Anfield. Firmino soon re-entered the field of play, following which an angry exchange of words broke out between the duo.

The FA opened its investigation the day after the match, with a statement from the governing body stating the referee Bobby Madley was “made aware of an allegation” during the game and had included it in his match report.

Firmino has given his response to the decision, and released the following statement: "As difficult as it has been to remain publicly silent, given the serious and damaging nature of what it was claimed I said during the game, I did so to demonstrate my respect for the process and to allow the issue to be investigated in the most thorough way.

"It is critical for football that tackling racism and all forms of discrimination is taken extremely seriously. As someone who has experienced racist abuse during my life, I know how damaging and hurtful it can be.

"Now the process is concluded, I would like to place on record, for the avoidance of any doubt, I did not say the word, or a variation of the word, that was claimed and subsequently reported in the media. I did not use any language that referenced race. I did not - and would never - reference a person’s skin colour or culture, by means of insult, during a dispute or an argument.

"There is no place for discrimination on a football pitch, or anywhere else in life for that matter.

"I am pleased after exhaustive reviews of all the evidence, in this specific incident, the matter is resolved."

The club also released a statement following the verdict: “We thank Roberto for the manner in which he has conducted himself during this difficult process, acknowledging that being subjected to such a serious allegation for this length of time has been hurtful to him and his family.

“Both the club and player were in full agreement from the beginning that if an investigation was required it should be a thorough and robust one.

“Roberto has co-operated fully with the process and shown a willingness to engage and assist throughout, with the only objective being to discover the truth of what happened.

“We are satisfied that the outcome of the process has exonerated the player of using any racist or discriminatory language.”

Everton said in a statement that the club “acknowledges and appreciates the thoroughness of the FA’s investigation”. It added: “The club welcomes the FA’s expression of complete satisfaction that the allegation made by our player, Mason Holgate, was done so in absolute good faith, that proper process was followed and that there is no suggestion of malice or dishonesty on Mason’s part.”