'Outrageous!' - How the papers reacted to Liverpool's late derby win 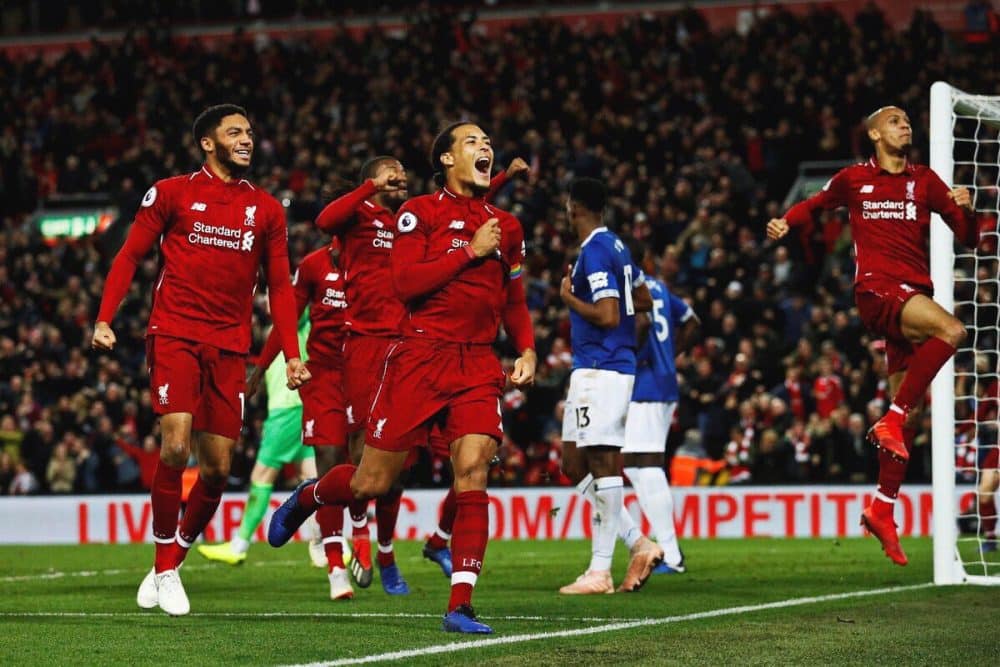 After Liverpool beat local rivals Everton on Sunday, we round-up what the back pages of the papers had to say on the Reds' late victory.

It appeared that Jurgen Klopp's side would have to settle for just a point for the third time running against their fierce rivals.

However, late in to added time, Virgil van Dijk's miscue looped towards Jordan Pickford, who fumbled the ball in the direction of unlikely hero Divock Origi to head home from inches out.

Incredibles scenes saw Jurgen Klopp run on to the field to celebrate with goalkeeper Alisson as Anfield rocked with a mixture of joy and relief. 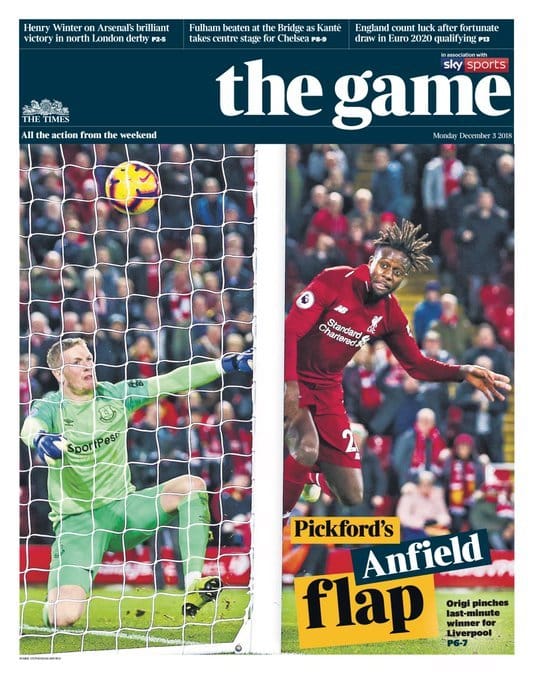 Image: The Times' 'The Game'

The Telegraph featured both the Gunners' 4-2 win over rivals Spurs and the Reds last gasp victory, labelling the games as 'Derby mayhem'.

They also pile on the misery for Pickford: "Everton goalkeeper Pickford's howler hands Liverpool late victory and Klopp apologises for his wild celebration." 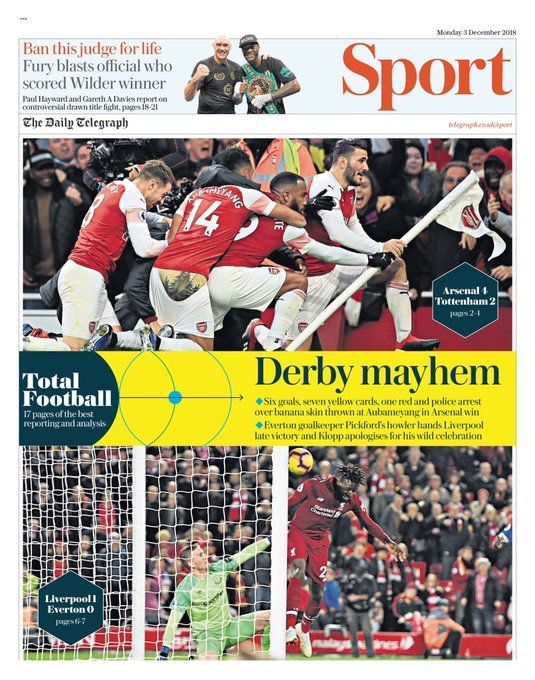 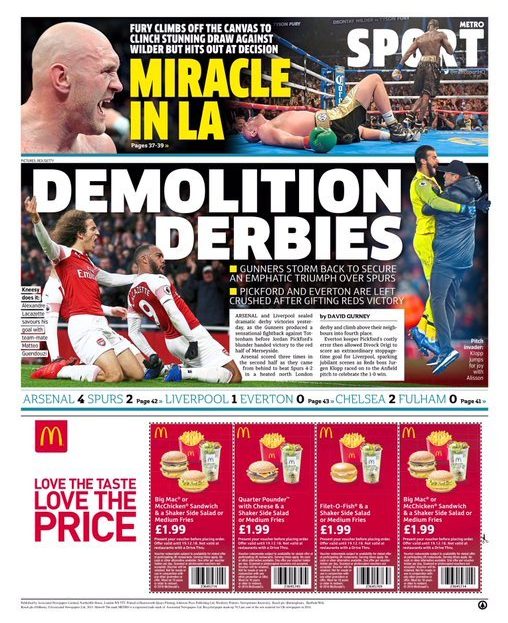 The Mirror's focus on Arsenal’s win over Tottenham, with a Spurs supporter arrested after a banana was hurled at striker Pierre-Emerick Aubameyang during the game.

Whilst they call it an 'outrage', they call Liverpool's win over Everton 'outrageous!' whilst writing, "Klopp's sorry for pitch invasion as freak goal settles the Mersey derby." 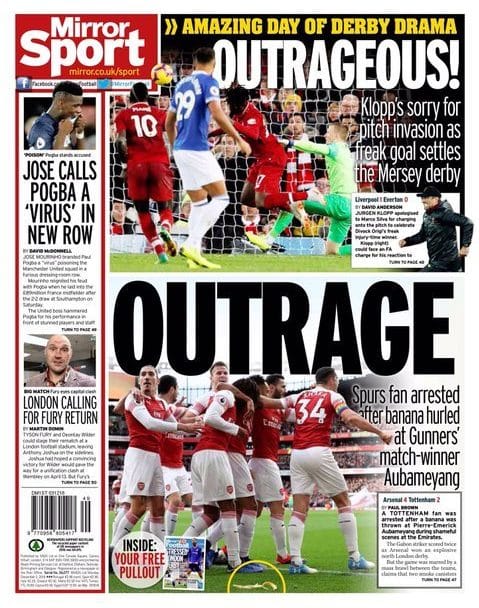 The Guardian and The Express also focus on the incident at the Emirates, with the latter calling it 'Derby day shame'. 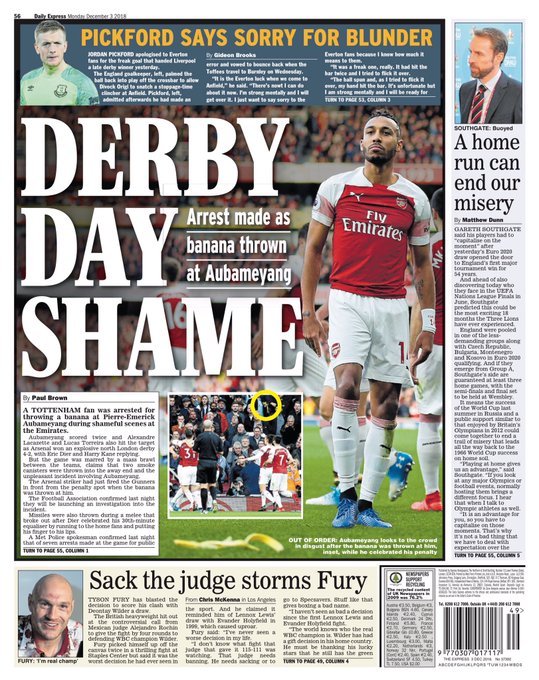 There is also an excerpt from Pickford, who apologised for his 'freak' blunder: “I think it is the Everton luck when we come to Anfield.

“I just want to say sorry to the Everton fans. I think you could see our progression as a group, the chances we created and the football we played.”