On this day in LFC history: Van Dijk, Aspas and Anelka‘s goalscoring debuts 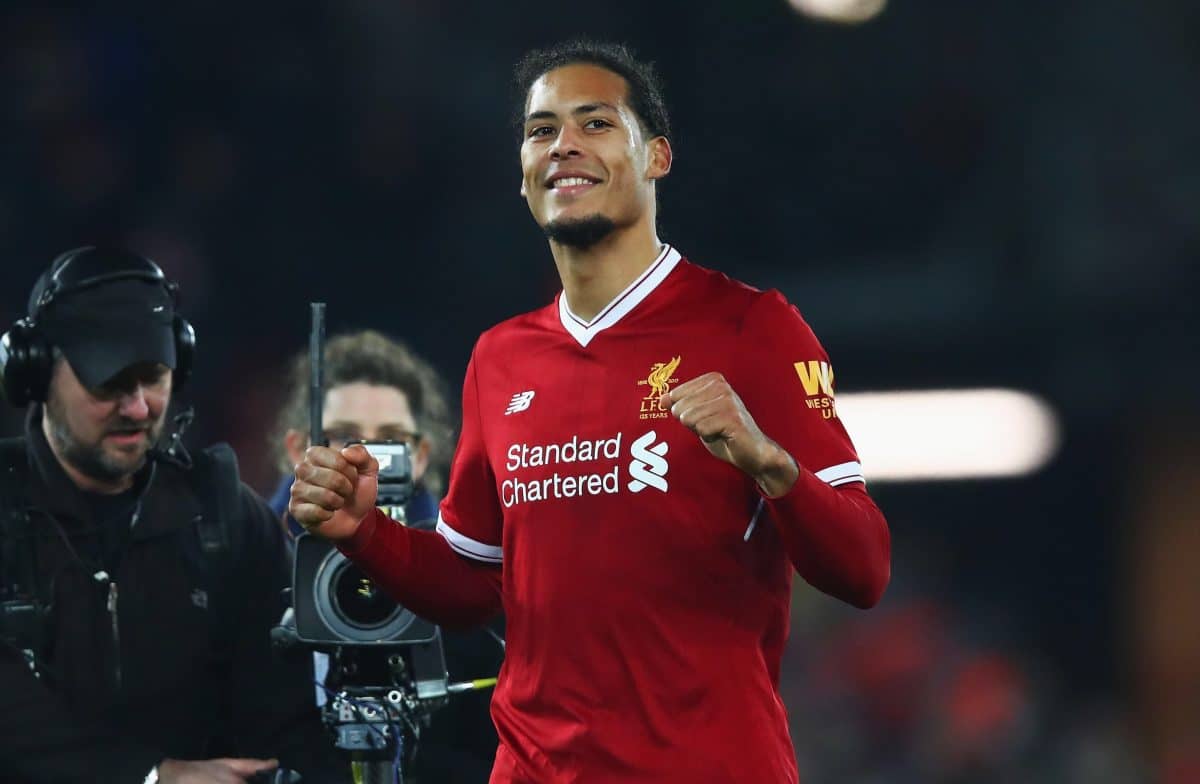 Today marks a year since Virgil van Dijk scored on his Liverpool debut against Everton in the FA Cup, following in the footsteps of other Reds.

Liverpool’s interest in Van Dijk was clear in the summer of 2017. However, they were forced to apologise to Southampton after making an illegal approach for the defender.

The protracted saga appeared to end with Liverpool missing out on their first-choice centre-back. Jurgen Klopp, however, decided to wait instead of turning to other alternatives.

The Reds repaired relations with Southampton over the next few months, resulting in a world-record £75million deal being agreed for the Dutchman in January.

Van Dijk’s took no time to announce his arrival. He made a dream debut for Liverpool by scoring a late winner in front of the Kop to clinch a 2-1 win over local rivals Everton.

Van Dijk rose highest to head in Alex Oxlade-Chamberlain’s corner past Jordan Pickford in the 84th minute, after Gylfi Sigurdsson had cancelled out a James Milner penalty.

The 27-year-old has scored just once since then - against Wolves in a 2-0 win last month - but his impact on Liverpool’s back-line is clear for all to see. The Reds have shipped the fewest goals in the Premier League so far this season.

Van Dijk is not the only Liverpool player to score on his debut on this day in Reds history, however.

Iago Aspas, who made a £7.7m move from Celta Vigo in the summer of 2013, finally broke his goalscoring duck in January 2014.

The Spaniard, who failed to make a mark at Anfield and ultimately left a year later, scored the opener in the Reds’ 2-0 win over Oldham in the FA Cup third round at Anfield.

Aspas followed former Liverpool striker Nicolas Anelka in netting his maiden goal on this day, with Anelka striking late on against Birmingham City back in 2002.

The on-loan French striker went on to score five goals in 22 appearances for the Reds, before featuring for Manchester City, Bolton, Chelsea and Juventus.

Other notable events on this day include the debuts of Liverpool legends Billy Liddel and Bob Paisley (both 1946). The Reds also signed Mauricio Pellegrino on this day in 2005.

The Argentinian made 12 league appearances under Rafa Benitez, and returned to Anfield in 2008 to become first-team coach, leaving in 2010 after Benitez’s sacking.