Mohamed Salah: I'm very happy at Liverpool - This is just the beginning 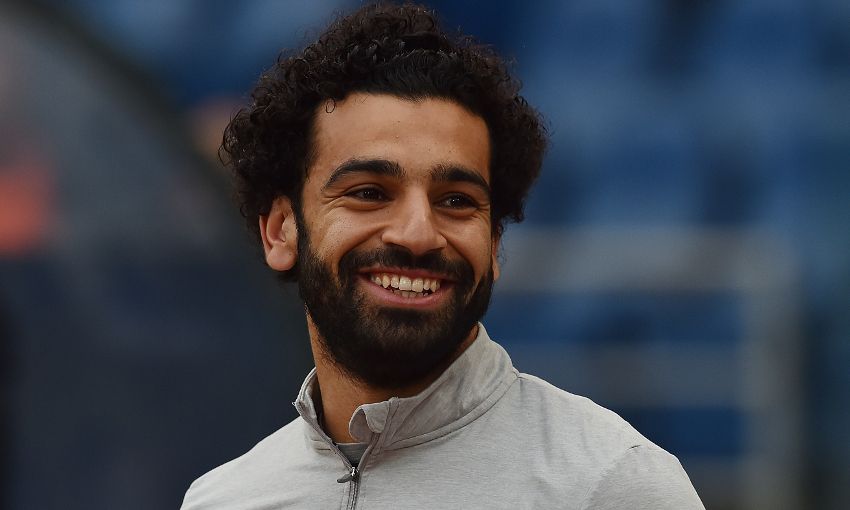 Mohamed Salah spoke about his future at Liverpool, saying this is “just the beginning” of his time on Merseyside.

Salah, who was named first-team player and players’ player of the year, was speaking at the club’s end-of-season awards on Thursday.

The Egyptian then travelled to London on the same night to collect the Football Writers’ Association’s award.

The 25-year-old has been in sensational form during his debut campaign, scoring 43 goals in all competitions, form which has seen him dubiously linked with Real Madrid and other clubs. 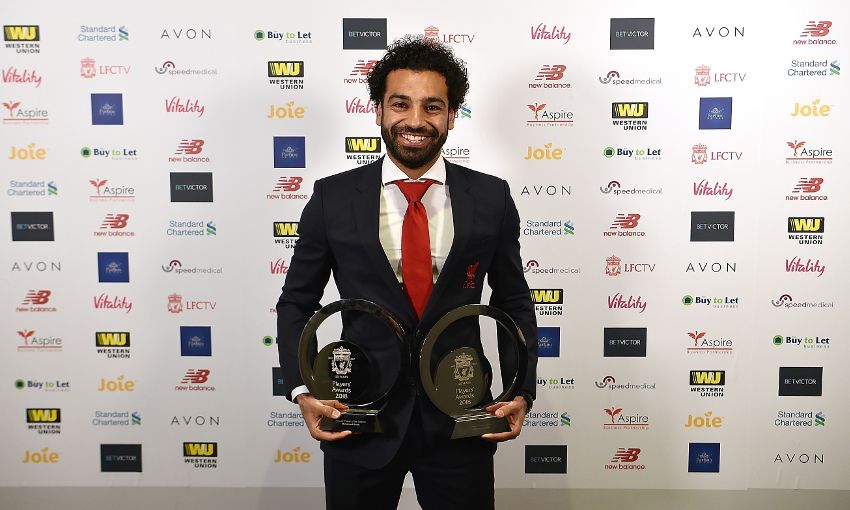 However Salah reassured fans on any rumours, saying he has future ambitions he wants to realise with the Anfield side.

“I’m very happy here, everything is fine,” he said.

“Of course I have got ambitions for the future with Liverpool. As you can see we had a great season, now we are in the Champions League final and everyone is excited.

Liverpool face Brighton and Hove Albion at Anfield on Sunday, knowing a a point will be enough to secure a top-four finish, after which the Reds will eagerly await the Champions League final on May 26, as they come up against holders Real Madrid. 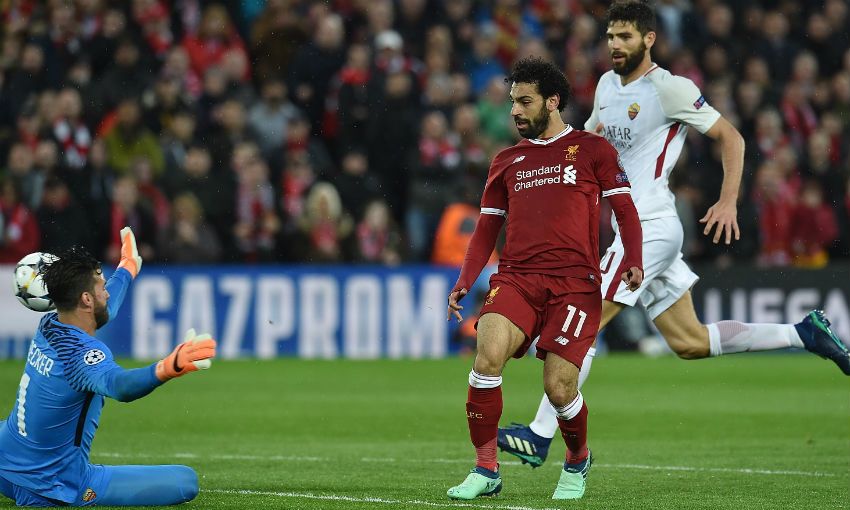 Mohamed Salah scores for Liverpool against Rome in the first leg of their Champions League semi-final at Anfield / Image: Getty Images

“We are very comfortable about playing in the Champions League next season,” he said.

“For now we are thinking only about Brighton. Then we will have 14 days to prepare for the final. We will play to win against Real Madrid.

“It’s always special to play in any final. We know it’s not going to be easy.”

Salah, who has won the FWA award and the PFA Player of the Season award ahead of title-winner Kevin De Bruyne and golden-boot rival Harry Kane, was keen to pay tribute to his teammates. 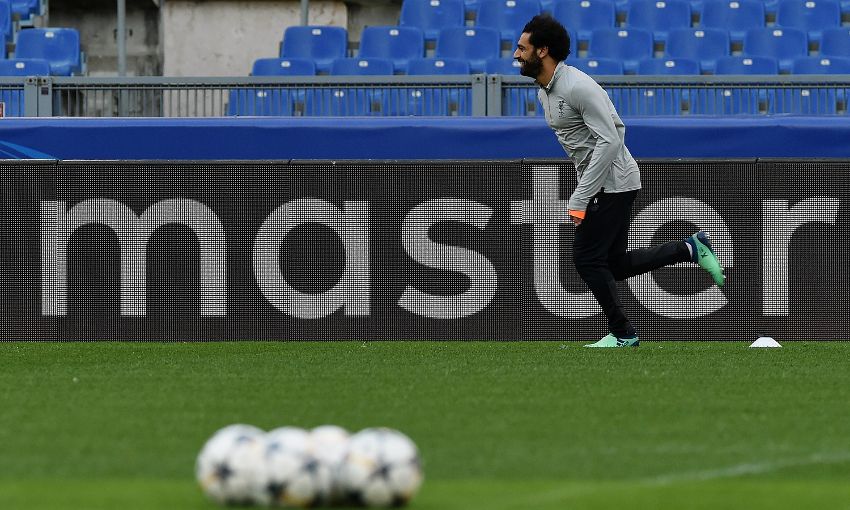 “I’m very happy to win these awards. I had a good season but without the help of my teammates it would have been very difficult,” he said.