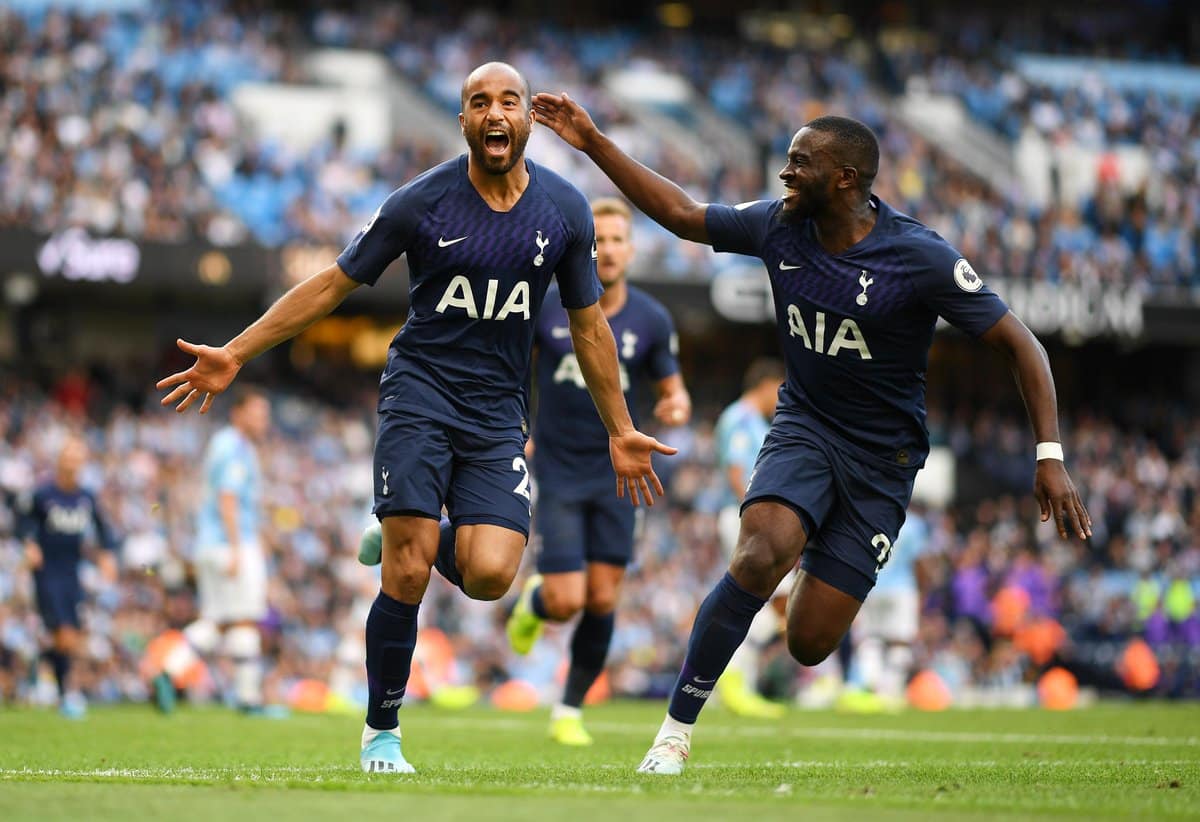 Man City vs Tottenham highlights - Tottenham came from behind twice to hold Manchester City to a 2-2 draw at the Etihad.

Manchester City dropped an early two points at home after losing their lead twice and settling for a 2-2 draw against Tottenham on Saturday evening.

It took just 20 minutes for Man City to take the lead as Raheem Sterling scored City's first goal at the Etihad this season with a back-post header.

However, Erik Lamela equalised for the visitors just three minutes later with a fantastically placed effort from outside the box.

City edged back ahead in the 35th minute as Kevin de Bruyne squared the ball for Sergio Aguero to stroke it into the back of the net.

Super-sub Lucas Moura scored inside a minute of coming on as he glanced home a header from a corner in the second-half.

City appeared to be settling for a draw until the ball fell to Gabriel Jesus from a corner in added-time.

The Brazilian managed to squeeze the ball past Hugo Lloris, with the stadium erupting in tandem. However, the goal was ruled out by VAR for a handball in the build-up by Ayermic Laporte, crushing City's hopes for all three points.