Liverpool vs Newcastle - Early team news ahead of Saturday's fixture 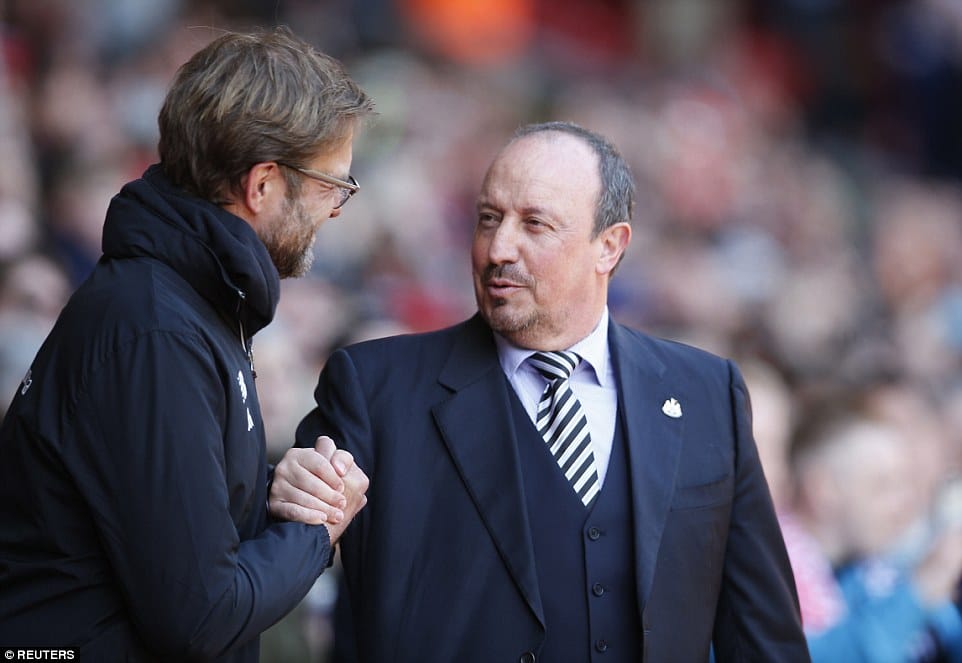 Newcastle United manager Rafael Benitez has been dealt a blow ahead of this weekend's Premier League visit to Anfield, as the club confirmed Jonjo Shelvey has suffered a knee injury and is likely to miss out.

Former Liverpool manager Benitez faces an uphill task back at his old stomping ground as Shelvey has been confirmed to have sustained a knee injury during the weekend's 2-2 draw between the Magpies and Bournemouth.

Shelvey, who spent three years at Liverpool after signing in 2010, is due to undergo a scan later this week in what will surely be a blow to Newcastle. The 26-year-old was widely praised for his performance in Newcastle’s 1-0 win over Manchester United earlier this month.

This comes after news that Dwight Gayle will be assessed over an injury ahead of the trip to Anfield. Gayle scored both goals for the away side at the Vitality Stadium but departed the pitch in the second half after complaining about a tight hamstring.

The 28-year-old has been a nuisance for Liverpool before, famously scoring twice for Crystal Palace in the 3-3 draw which dealt the Reds a final blow in the 2013/14 title race. The English striker has scored more goals against Liverpool than any other side he's faced - four in total.

“Dwight was complaining about a little bit of tightness in his hamstrings, so we needed to make a substitution," Benitez said.

Newcastle will also definitely be without the injured Islam Slimani. The Leicester striker signed for Newcastle on loan in January, meaning Benitez is likely to start either Ayoze Perez or Joselu up front at Anfield. Full-back Jesus Gamez is also ruled out with an ankle injury.

Clean bill of health for Liverpool

Astonishingly, 40 matches into the current campaign, Liverpool manager Jurgen Klopp could have every member of his first-team squad available to face Benitez's side.

Georginio Wijnaldum, Danny Ings and Ben Woodburn were all ruled out of last weekend's 4-1 win over West Ham United however they are set to be back in contention for Saturday's visit of Newcastle.

Nathaniel Clyne, who is yet to feature for the first-team this season following back surgery, played 90 minutes on his comeback for Liverpool Under-23s during their 4-0 win over Stoke City this week. Although the England international is now back in full first-team training, Alexander-Arnold is set to continue at right-back after impressive form in recent weeks.

Reds captain Jordan Henderson, who was left out as a precaution against the Hammers, has also trained normally and is poised for a recall to the starting eleven.

Liverpool are now reaping the rewards of Klopp's rotation policy and the expertise of the club's medical and sports science staff. The German has made more changes than any other manager in England.

Klopp said on his squad changes: “We made our rotation in the winter – in November and December – to be now 100% fit.

“Now we are 100% fit the best players will play all the time. We need all of these players and hopefully we have them all available and then we will make a decision, but it’s not that I think now we will rotate before or after. We go for everything.”