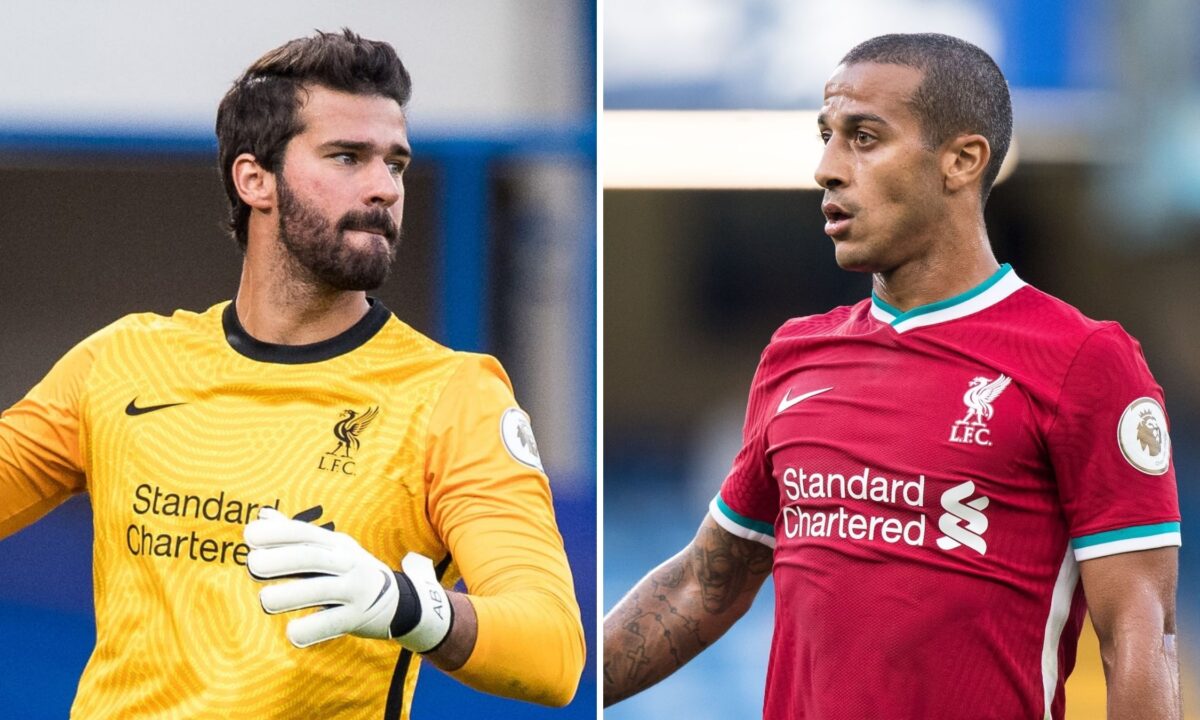 Liverpool are concerned about the fitness of Alisson and Thiago, with the duo doubtful for this week's double-header against Arsenal.

The Reds take on Mikel Arteta's side in the Premier League at Anfield, before doing it all over again in the Carabao Cup fourth round on Thursday night.

Manager Jurgen Klopp gave a rest to some of his key players against Lincoln last Thursday to avoid the possibility of injuries, but it appears there are now doubts over the fitness of Alisson and Thiago.

Reports from several local Liverpool journalists on Sunday afternoon revealed the pair are currently sidelined due to "unknown" injuries.

While there is no further news on the type or extent of their injuries, Klopp is waiting for an "update on their availability" before drawing up concrete plans of his starting eleven.

The duo will be evaluated on Monday before a final decision is made, casting an air of uncertainty over their participation.

Alisson would be a nailed-on starter if he were fit, while Klopp had suggested Thiago could have earned his first start against the Gunners following an impressive maiden appearance from the bench last weekend.

Should Alisson miss out, Adrian could line up between the sticks on Monday night - while he is also likely to start from the off in the Carabao Cup clash on Thursday.

With Jordan Henderson and Alex Oxlade-Chamberlain already on the sidelines, Thiago's absence is likely to push Fabinho back into midfield alongside two of Naby Keita, Gini Wijnaldum or James Milner.

Joe Gomez is back in training after a knock and could take up his usual place alongside Virgil van Dijk in defence.