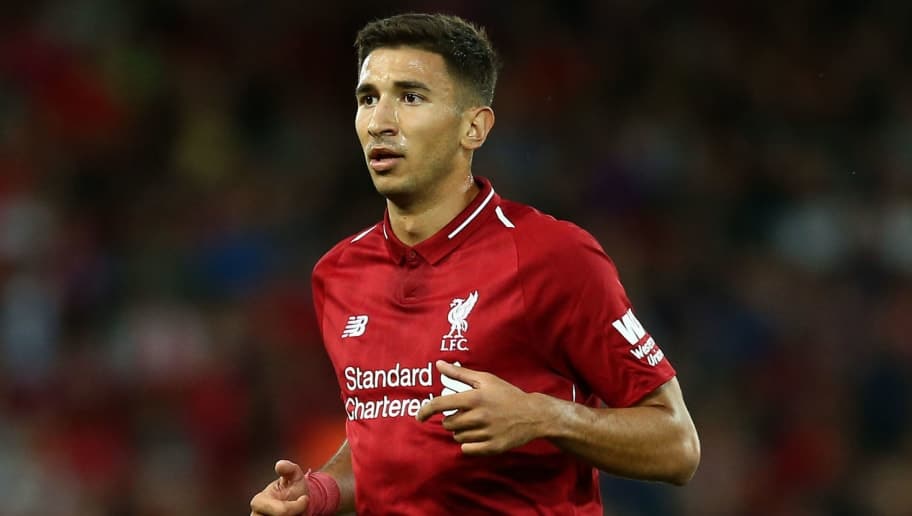 Liverpool youngster Marko Grujic is to join Hertha Berlin on a season-long loan move after signing a contract extension at Anfield.

The Serbian has put pen to paper on a new deal with Liverpool, which will see him remain at the club until 2023.

The 22-year-old will then head to Germany to complete a loan move to Hertha Berlin after the Bundesliga side saw off interest from various clubs.

Jurgen Klopp views the midfielder as being part of his squad next season and decided Berlin was the best place for him to continue his development for the current campaign.

Grujic had been wanted by Crystal Palace, Cardiff City, Middlesbrough, Torino, CSKA Moscow and Lyon this summer, however the Reds remained stern to find the best solution for both club and player.

Liverpool wanted to secure a club that would offer the physical midfielder a first-team place in midfield. A move to Crystal Palace failed to materialise as Roy Hodgson viewed him as back up, according to the Liverpool Echo.

The Reds also rejected an offer from Torino, who wanted Grujic on a season-long loan with an option to buy for £9million next summer.

Grujic joined Liverpool in 2016 after completing a £5.1million move from Red Star Belgrade. He has seen limited first-team opportunities at Anfield so far, joining Cardiff City on loan for the second half of last season.

He had been expected to stay at the Welsh side following their promotion to the Premier League, however the ambitious youngster decided to look elsewhere in aid of his future.