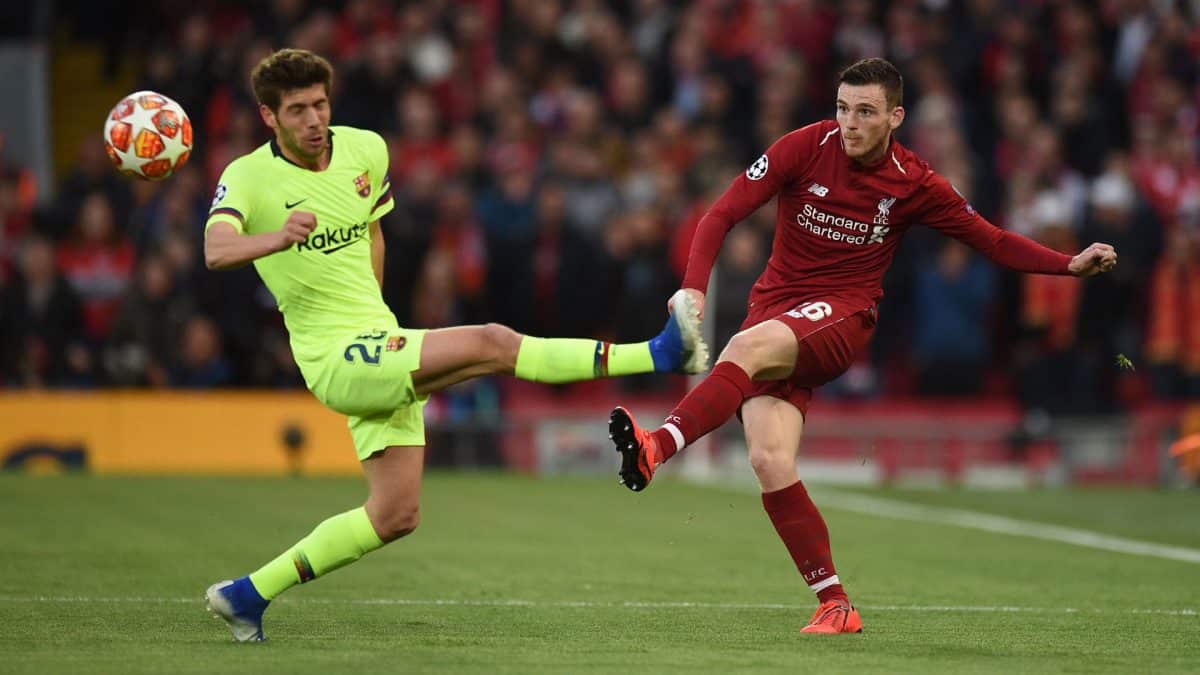 Liverpool defender Andy Robertson is expected to be fit for the Champions League final despite suffering a knock on Tuesday night.

Robertson had a scan on his right calf on Wednesday morning after being forced off injured at half-time against Barcelona following a coming together with striker Luis Suarez.

Speaking after Liverpool’s incredible 4-0 semi-final victory at Anfield, Robertson admitted he would be “saying his prayers” to be fit enough for the short remainder of the season.

The left-back‘s scans confirmed that there was no ligament damage or tear to the muscle, with initial suggestions of it being just a nerve issue most likely.

Robertson will undergo a few more tests on Thursday, however the prognosis looks a positive one, with the Daily Record reporting both “the player and Liverpool medical staff believe there is no serious damage.”

Robertson is unlikely to feature against Wolves on the final day of the league season as a precaution, although manager Jurgen Klopp may opt to risk him considering what is at stake for Liverpool. James Milner deputised for the 25-year-old after he was forced off at half-time, with Joe Gomez also filling in at left-back during the closing stages on Tuesday.

Milner is likely to continue in that role from the off against Wolves, with victory for Liverpool giving them a chance of pipping Manchester City to the title - so long as Brighton deny Pep Guardiola’s side all three points at the Amex.

With a little over three weeks to go until the Champions League final against Tottenham, Klopp will hope he can take a nearly fully-fit squad to Madrid, barring the injured Naby Keita. 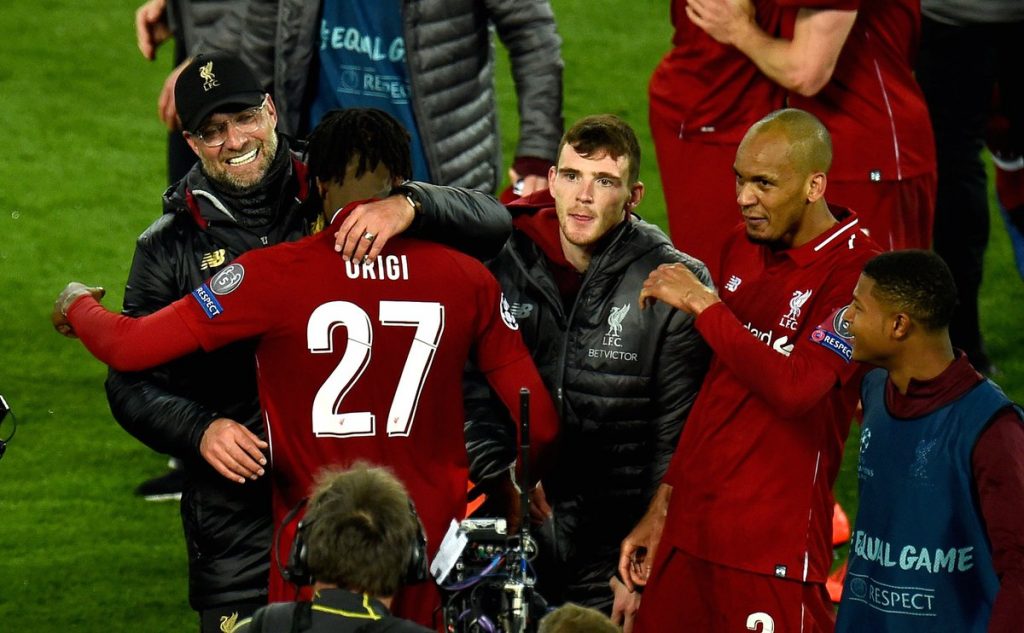 Klopp is expected to provide an update on Robertson’s injury on Friday, as well as several others of his squad that appeared battered and bruised after Tuesday night’s heroics.

Divock Origi gave Liverpool early hope by netting inside the opening ten minutes before substitute Gini Wijnaldum, who replaced Robertson at half-time, scored twice in quick succession to make it 3-3 on aggregate.

The Reds looked to be heading for extra-time, however Trent Alexander-Arnold caught Barca out with a quick corner to play in Origi, who made no mistake with the finish from close-range.