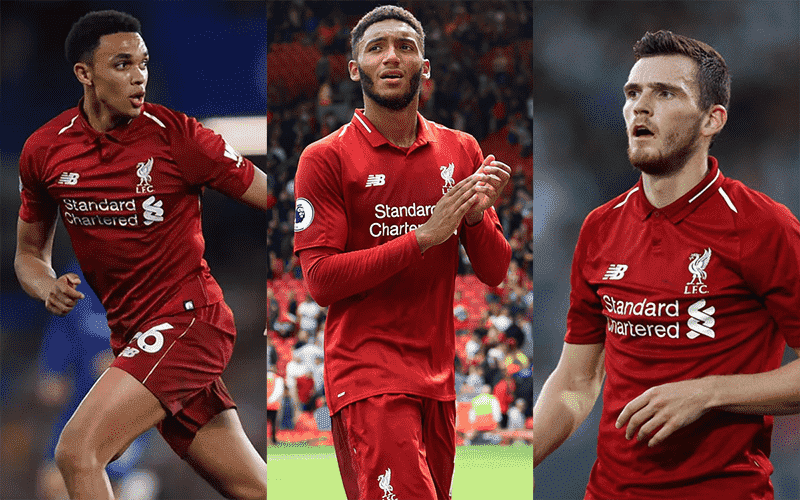 Liverpool are wasting no time as they look to offer new contracts to Andy Robertson, Joe Gomez and Trent Alexander-Arnold.

The club announced on Thursday that Sadio Mane had agreed a new long-term contract at the club, tying up yet another vital member of the squad following Mohamed Salah and Roberto Firmino.

Liverpool are keen to reward their players for high quality performances and it appears the Reds are wasting no time in moving on to the next trio up for renewal.

Liverpool have opened talks with youngster Gomez over a contract extension after an impressive start to the campaign, according to the Times' Paul Joyce.

The 21-year-old has made the successive move from deputising as a right-back last season to becoming a key figure in the Reds' central defence.

He has formed a vital partnership with Virgil van Dijk and Alisson at the heart of the defence so far this campaign.

Gomez will be rewarded with a bumper new contract that should more than double his current £30,000-a-week salary.

Meanwhile, Joyce reports that "the progress of Andrew Robertson and Trent Alexander-Arnold, the full backs, will be recognised".

The duo have been ever-present at the back ever since the start of last season, with the duo impressing during Liverpool's run to the Champions League final and their top four place in the league.

Liverpool's swiftness in offering new deals to their players must be commended. Indeed, it is a stark contrast to the way the club had been run under previous regimes.

The Reds return to action on Saturday with a visit to Vicarage Road to face Watford as they look continue their solid start to the season.