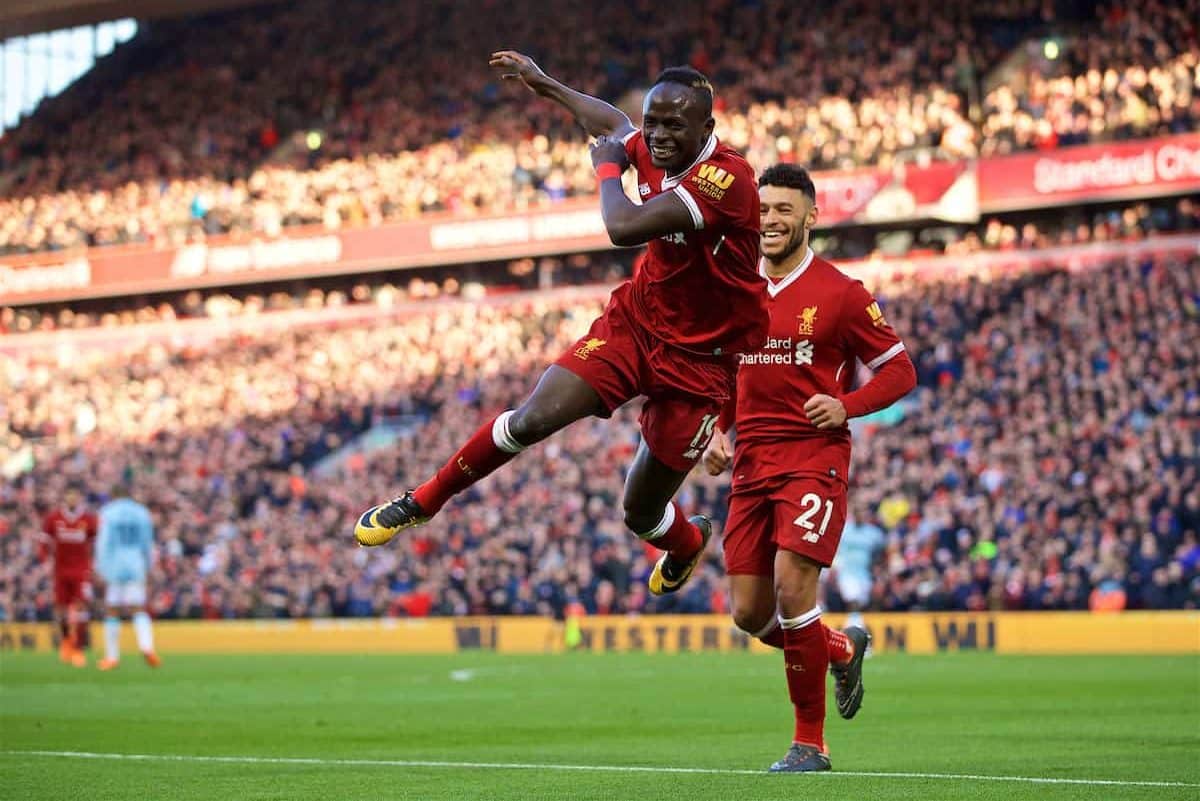 Liverpool strolled to a 4-1 victory at Anfield to West Ham United in the Premier League on a cold Saturday afternoon, as the Reds reached 100 goals for the season.

Emre Can headed Liverpool ahead just before the half-hour mark – glancing home a deep Mohamed Salah corner from the right at the Anfield Road end.

West Ham looked lively during the opening exchanges and had threatened Loris Karius' goal as the German goalkeeper managed to claw Marko Arnautovic’s effort on to the crossbar.

Salah doubled Liverpool’s lead and moved on to 23 Premier League goals for the season with a clever left-footed shot into the bottom corner after great work from Alex Oxlade-Chamberlain.

Brazilian striker Roberto Firmino then made it 3-0 to Jurgen Klopp's side, after rounding Adrian from a though-ball from Can, however West Ham sub Michail Antonio was only on the field for a minute when he reduced the difference to make it 3-1.

The Reds then made it 4-1 through Sadio Mane on 77 minutes. Mane scored off the inside of the post after Andrew Robertson’s cross. The Scotsman was impressive on the left wing for Klopp's men throughout the game.