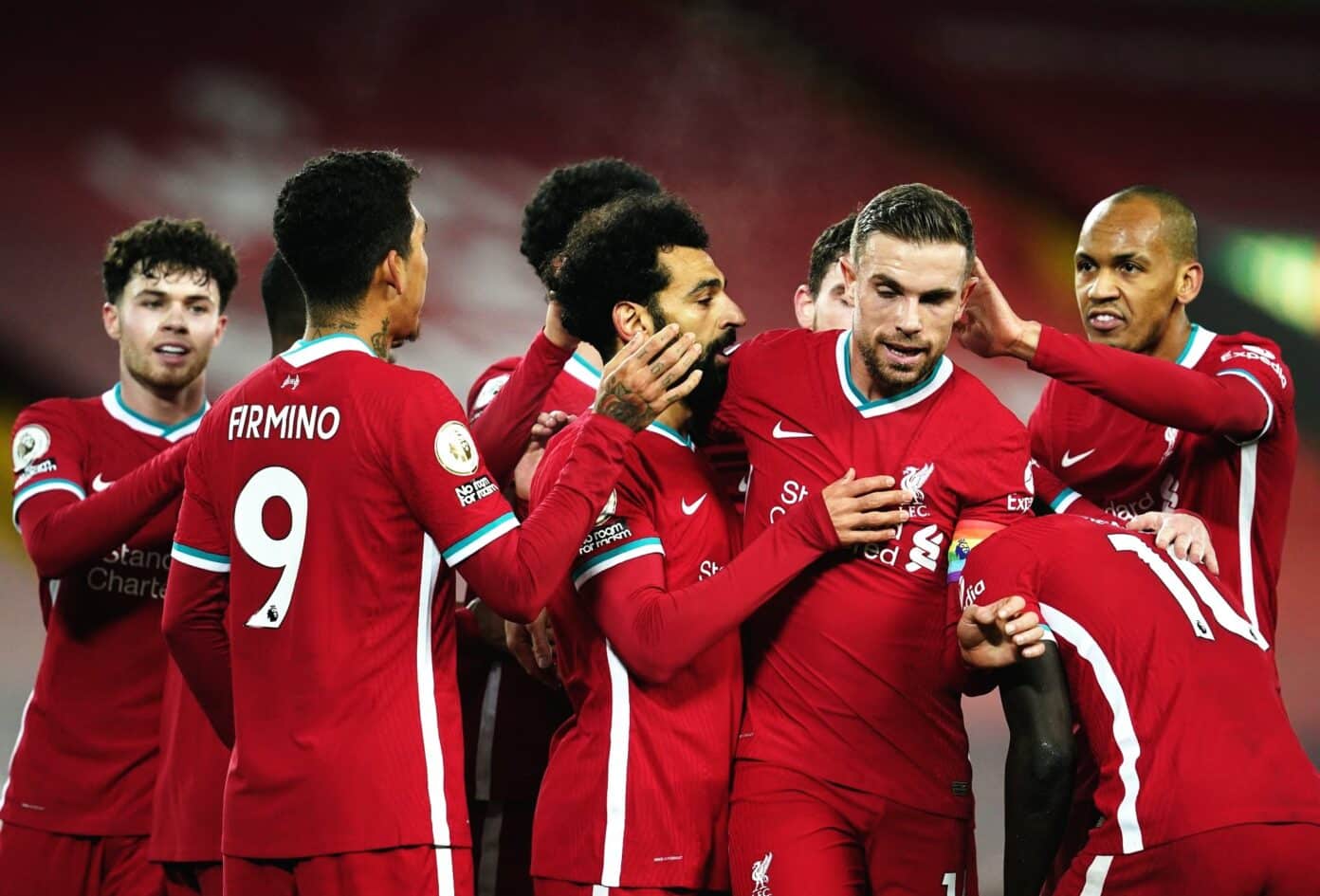 Liverpool vs Wolves highlights - Watch the goals and highlights from Anfield as the Reds smashed Wolves 4-0 on Sunday evening.

The Reds secured another three points in the Premier League to return to second place in the table with a win over Wolves at Anfield.

Both sides looked threatening in attack during the early exchanges before a Conor Coady mistake gifted Mohamed Salah the chance to make it 1-0, with the Egyptian obliging and slotting the ball past Rui Patricio.

Despite Wolves threatening to level the scores at the start of the second half, three goals inside 30 minutes handed the Reds all three points.

Gini Wijnaldum made it 2-0 with a stunning curling effort from the outside of the box before an excellent Salah cross was met by Joel Matip, who powered a header into the back of the net.

The returning Trent Alexander-Arnold came on from the bench and provided an excellent ball into the box for the Reds' fourth, with Nelson Semedo thwarting Sadio Mane but putting the ball into the back of his own net.

It was an excellent night for the Reds in front of their supporters, with Liverpool netting four times in the Premier League for the first time since opening day against Leeds.

Disclaimer: Liverpool vs Wolves highlights, goals and full match videos are provided and hosted by external sources. We help you discover publicly available material and act as a search engine. We do not host or upload this material and are not responsible for the content.