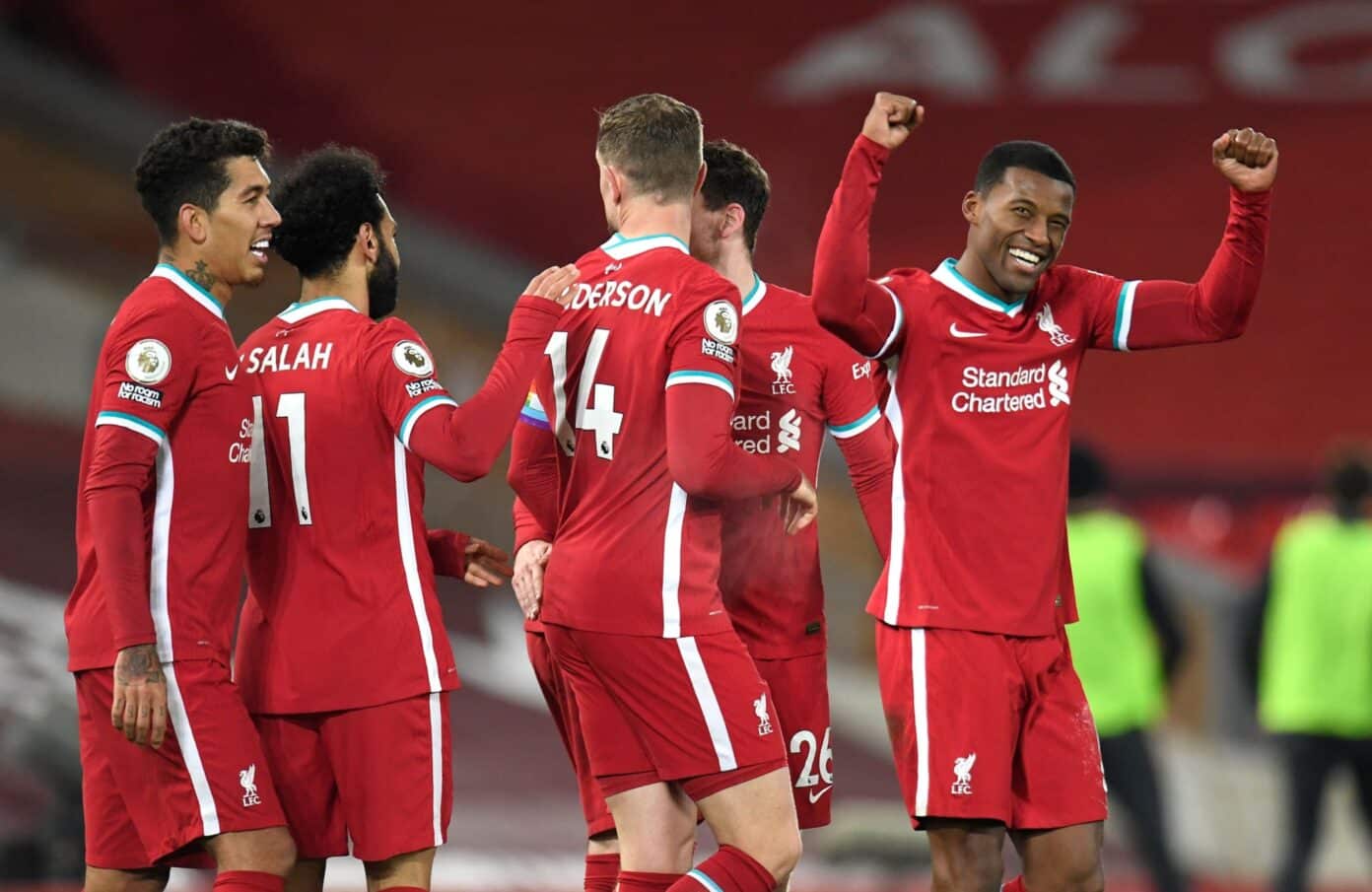 Liverpool returned to second in the Premier League table - behind only on goal difference to Tottenham - after beating Wolves 4-0 in an impressive display at Anfield.

Mohamed Salah put the Reds ahead midway through the first half before Gini Wijnaldum, Joel Matip and a Nelson Semedo own-goal sealed all three points in the second half. 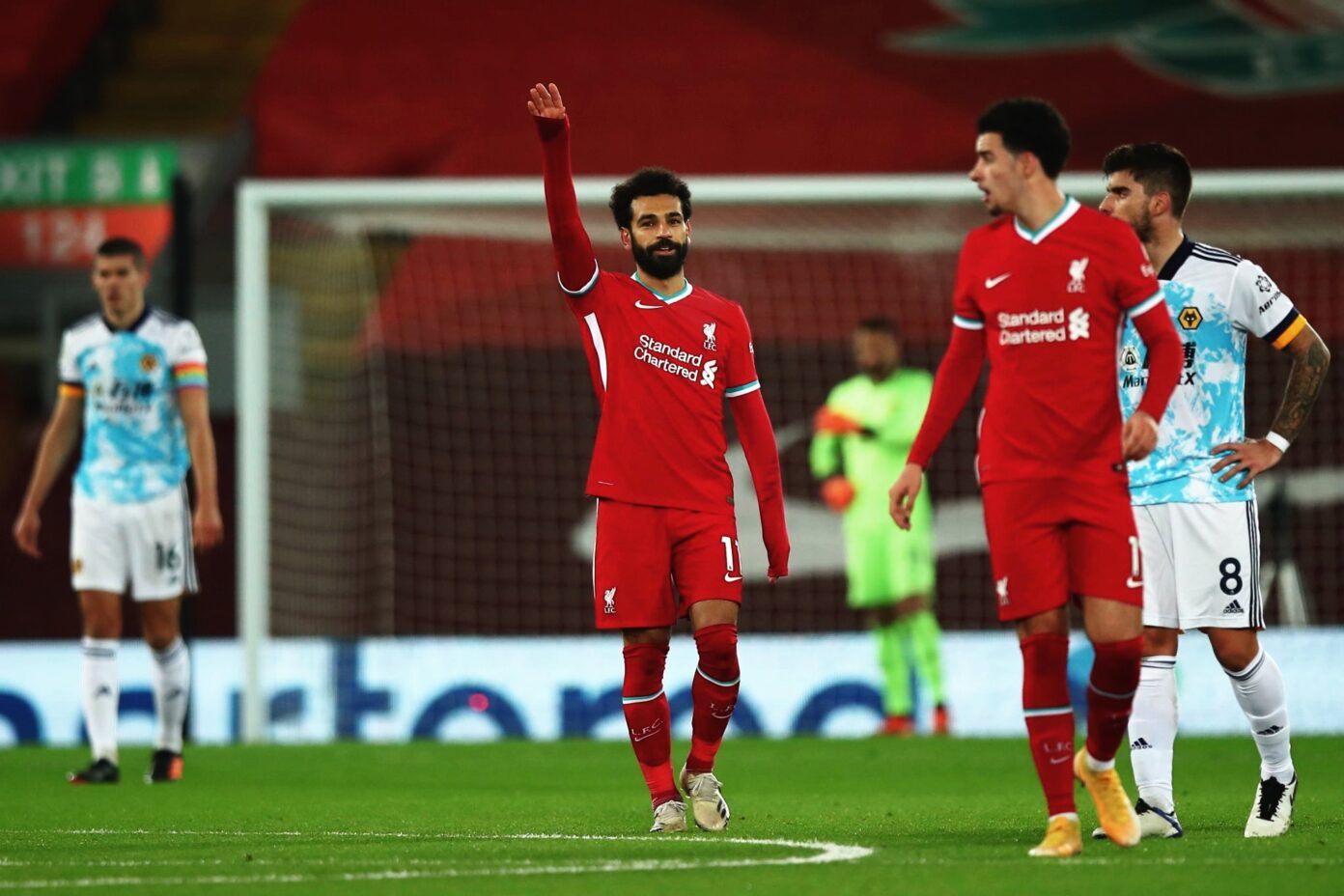 Jurgen Klopp made just the one change as Roberto Firmino replaced former Wolves man Diogo Jota in the starting eleven. Trent Alexander-Arnold and Naby Keita were named on the bench after returning from injury.

The presence of supporters in the stadium added a new dimension to the encounter as Liverpool looked to start quickly and impose their game on the visitors.

Curtis Jones found some joy early on before Sadio Mane nearly headed home from Andy Robertson's cross after a well-worked Reds move, with the Senegal international unable to direct the ball on target.

Wolves kept their shape for much of the opening exchanges but were especially keen to spring forward when given the chance. Adama Traore and Pedro Neto looked particularly dangerous down the wings.

Caoimhin Kelleher, making his second consecutive start, was called into action early on after Daniel Podence nearly caught the youngster off his line with an audacious chip. Kelleher was up to the task as he palmed the ball behind. 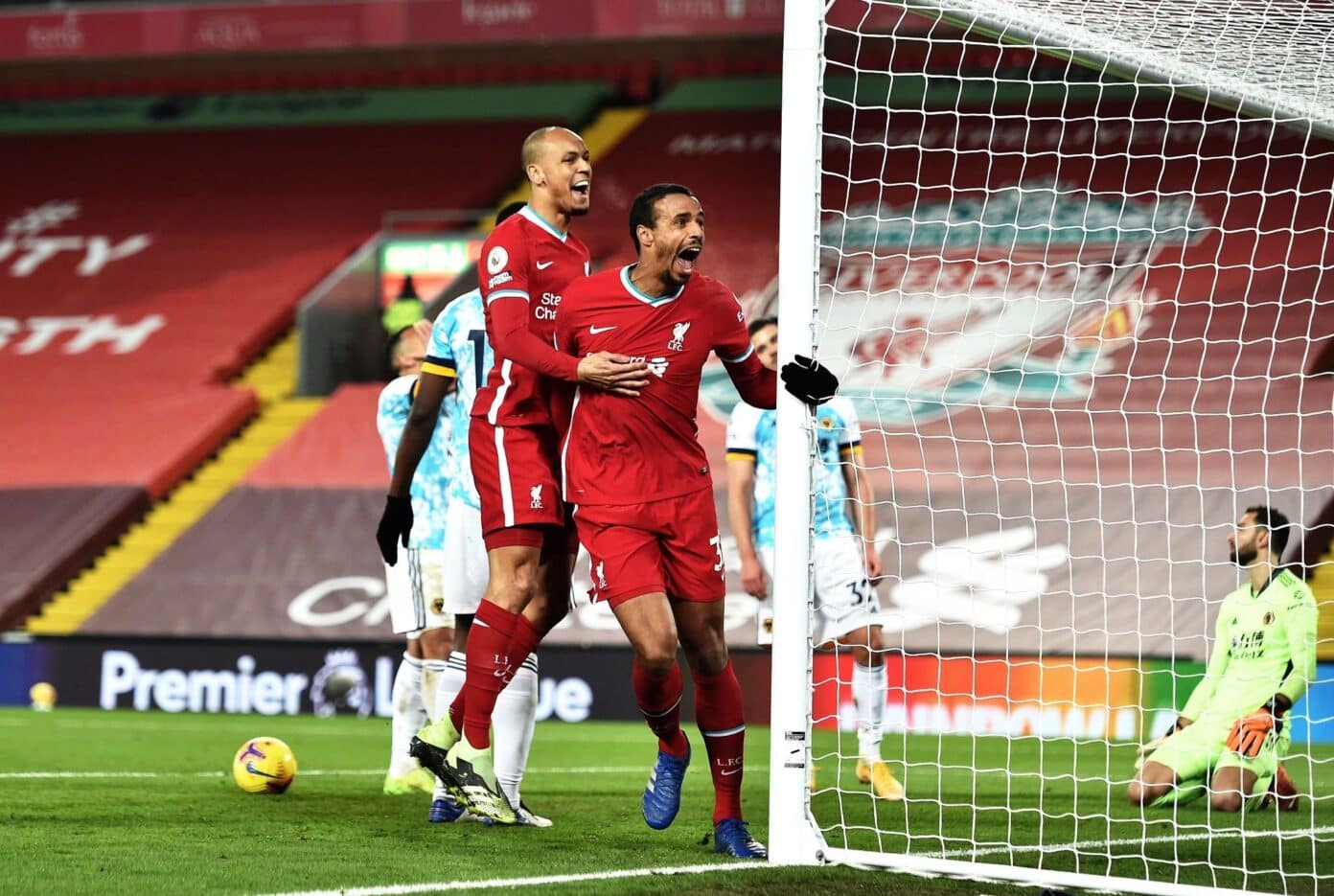 The Reds goalkeeper made another crucial intervention a few moments later after Traore had gotten the better of Fabinho and looked to find Podence in the centre. Kelleher, alert to the danger, punched confidently to divert the ball to safety.

Despite Wolves threatening, it was Liverpool who made the breakthrough in the 24th minute. Former Reds defender Conor Coady failed to deal with Jordan Henderson's lofted pass, with Mohamed Salah capitalising and slotting the ball past Rui Patricio.

Firmino was unplayable at times as he pulled Wolves' defence around and pulled off some clever tricks and nutmegs. His contribution didn't go unnoticed as the Kop belted out his song and showed off their full repertoire - a welcome sound at Anfield after nine months.

With the Reds cruising to half-time, referee Craig Pawson blew for a penalty after Mane was adjudged to have brought down Coady in the box.

But replays showed the Reds forward pulled out of his acrobatic clearance and avoided contact with Coady, with the referee overturning his original decision after reviewing the VAR monitor.

Nuno Espirito Santo's side started the second half well and should have levelled the scores through Coady, but the Wolves captain was unable to control the ball from close-range as Fabinho got across well and cleared the danger.

Liverpool doubled their lead moments later as Gini Wijnaldum led a counter-attack and beautifully curled the ball into the top corner to make it 2-0 and put the Reds in the driving seat.

The champions looked in no mood to stop as they looked for a third, which came in the form of a Joel Matip header. The Cameroonian got on the end of Salah's inch-perfect inswinging cross to power the ball past Patricio, scoring his first goal of the season.

Alexander-Arnold came on from the bench to return from injury before Firmino made way for Jota for the final 20 minutes, with the Reds comfortably in control.

The returning Reds right-back made an instant impact as he put an excellent low cross into the box towards Mane, who saw his effort ricochet off Nelsen Semedo and roll into the back of the net to seal all three points for Liverpool.