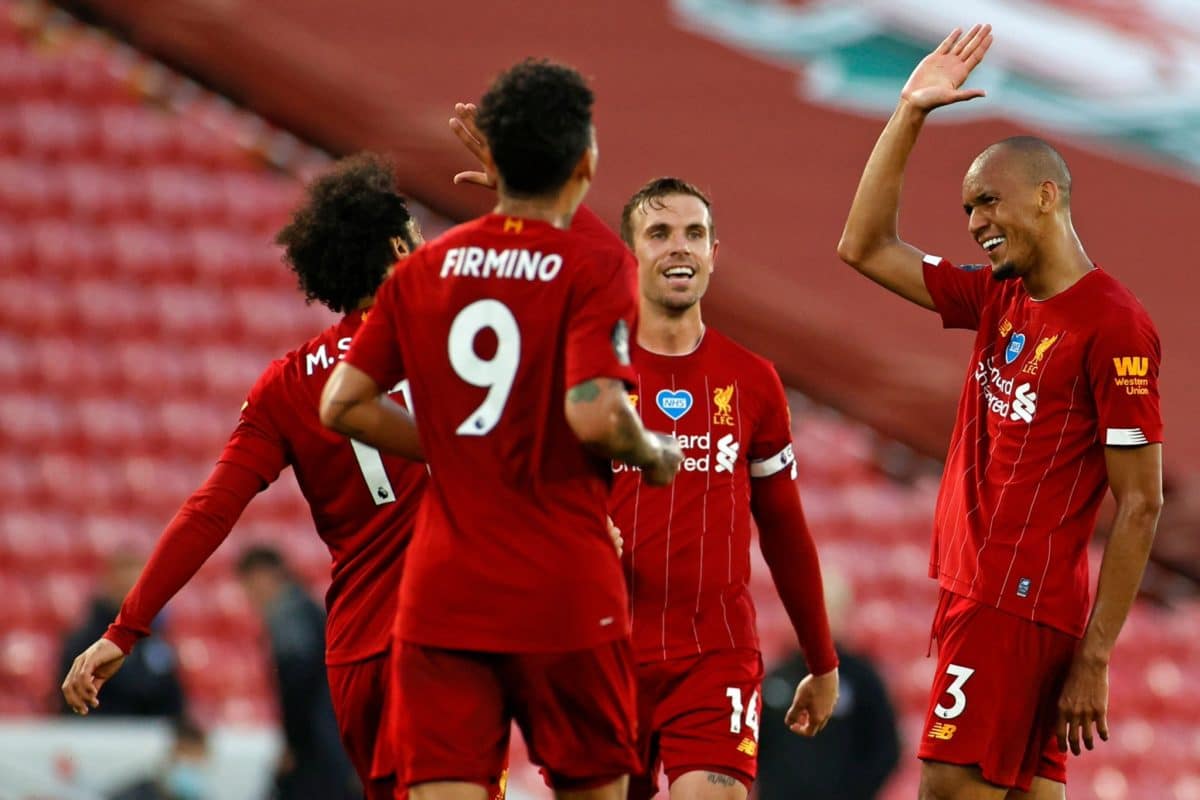 Liverpool vs Crystal Palace highlights - Liverpool edged closer to clinching the Premier League title with a 4-0 win over the Eagles at Anfield.

Liverpool put in a formidable display in their first home game in over three months as they emphatically dispatched Crystal Palace on Wednesday night.

Trent Alexander-Arnold's exquisite free-kick and a Mohamed Salah goal put the Reds ahead at the break, before Fabinho leathered the ball home and Sadio Mane rounded off a team goal to seal a 4-0 win.

The result means Liverpool need only two more points to win the title, which could come against Manchester City on 2 July. They could also, however, be crowned champions as early as tomorrow - should Pep Guardiola's side fail to beat Chelsea tomorrow. 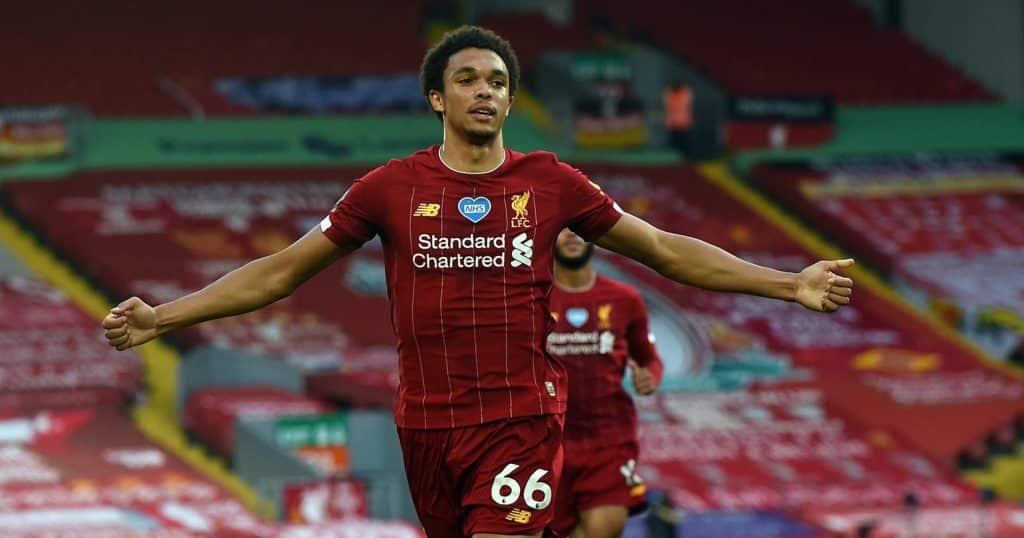 Jurgen Klopp rung the changes as Joe Gomez, Andy Robertson, Gini Wijnaldum and Mohamed Salah returned to the starting eleven from the side that drew with Everton on Sunday.

Liverpool settled into an early rhythm, with the interplay between midfield and attack threatening to open up the visitor's defence.

Wijnaldum and skipper Jordan Henderson both had chances inside the opening ten minutes. But neither forced Palace goalkeeper Wayne Hennessey into a save as their efforts skewed away from goal.

Roy Hodgson's hopes of causing an upset at his former club were dented as star-man Wilfried Zaha pulled up with a knock and had to be replaced by Max Meyer in the 16th minute.

Liverpool were rewarded for their early domination a few minutes later as Trent Alexander-Arnold curled in a free-kick from the best part of 30 yards to make it 1-0 to the Reds.

It could have been two not long after, but Henderson's powerful effort smashed against the post, with Virgil van Dijk unable to force the rebound home.

Liverpool had a shout for a penalty when Roberto Firmino's trickery forced Gary Cahill into handling the ball. VAR replays showed a definite handball, but it was ruled as non-intentional.

A mistake by Hennessey saw him head the ball straight at Salah after coming out of his goal, but the Egyptian showed his lack of match-fitness as he skewed his volley way off target.

However, he made amends on the stroke of half-time to make it 2-0 to the Reds. He eluded Patrick van Aanholt and ran behind the Palace defence to get on the end of Fabinho's lofted pass, slotting the ball past Hennessey to score his 100th Premier League goal. 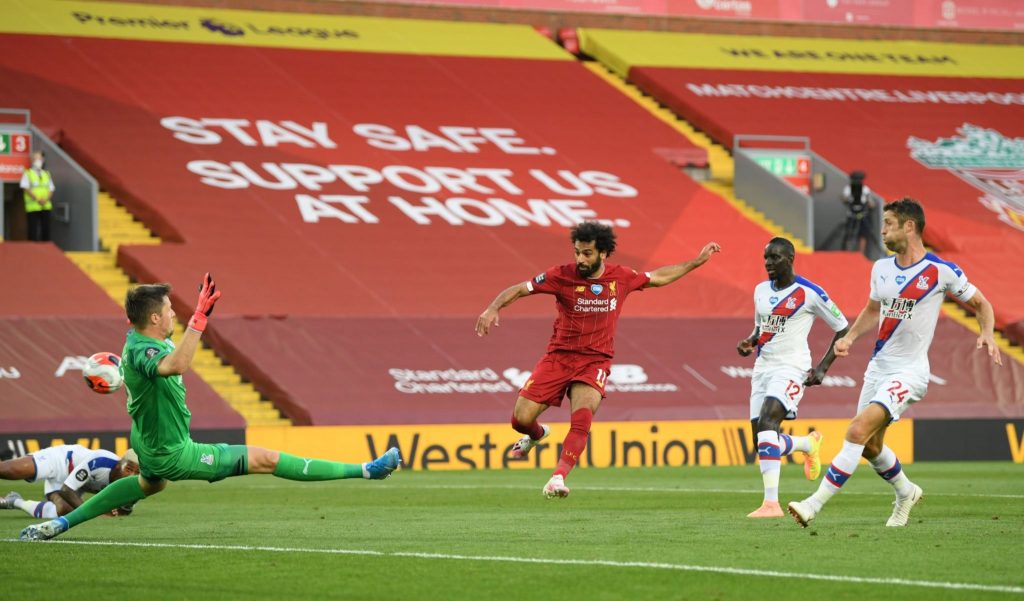 Liverpool took just ten minutes in the second half to make it 3-0 as Fabinho turned from provider to goalscorer with a stunning piledriver from 30 yards out, leaving Hennessey in goal with no chance.

Alex Oxlade-Chamberlain replaced Henderson with a little under 30 minutes to go as the Reds showed no signs of letting up.

The front three then displayed their lethal talents once again as Sadio Mane found Firmino, who turned it to Salah on the counter. He immediately sent Mane through on goal, with the Senegal international making no mistake to tuck the ball into the corner and make it 4-0. 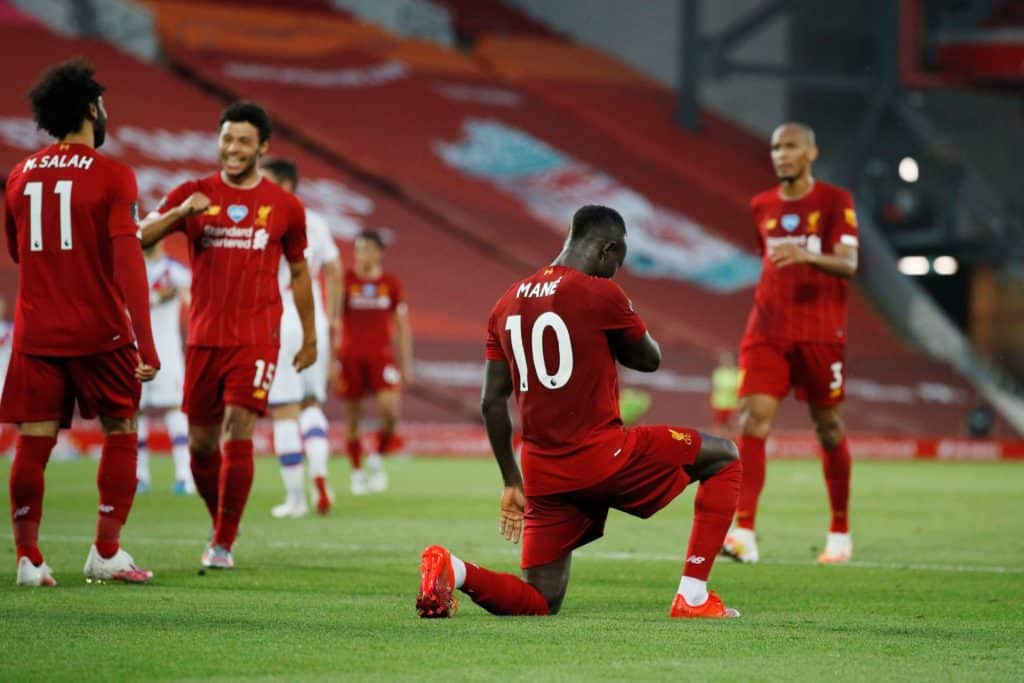 The likes of Neco Williams, Takumi Minamino, Harvey Elliott and Naby Keita all came on in the latter stages as Klopp utilised the five-sub rule to offer game-time to more of his squad.

The Reds were far from their best at the weekend, but their performance against Palace was right up there, with Klopp's side showcasing their title-winning credentials once again. Next up, City away with the title on the brink...

Disclaimer: Liverpool vs Crystal Palace highlights, goals and full-match videos are provided and hosted by external sources. We help you discover publicly available material and act as a search engine. We do not host or upload this material and are not responsible for the content.