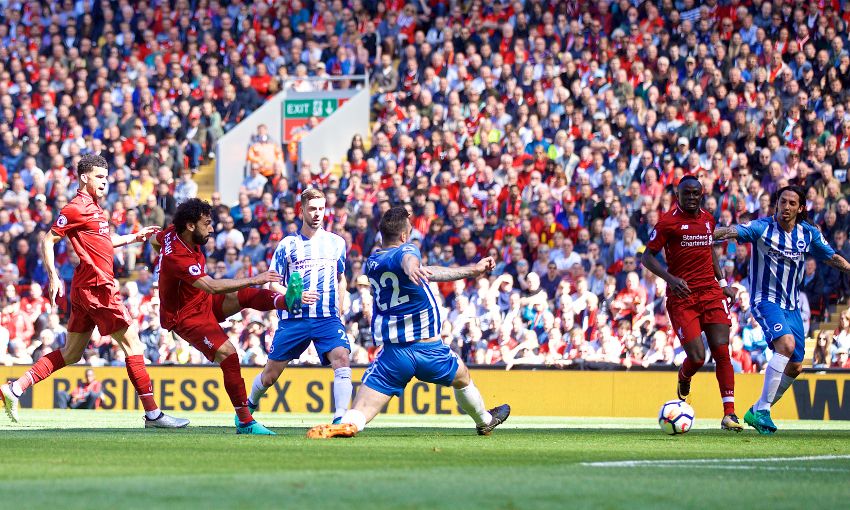 Watch highlights of Liverpool's 4-0 win over Brighton on the final day of the Premier League as the Reds clinched a top-four place.

The Egyptian attacker, who has had a sensational first season at Liverpool, overtakes Alan Shearer, Luis Suarez and Cristiano Ronaldo by beating the record, as he claimed the Golden Boot award.

A Dejan Lovren header just before half-time saw Liverpool double double their advantage. The Croatian's goal was then to in the second half by Dominic Solanke and Andrew Robertson, who both scored their first-ever Reds goal.

Jurgen Klopp's side conclude their season with being unbeaten at home in the league; for only the second time in the Premier League era.

All eyes will now turn to Ukraine as the Reds face Real Madrid in the Champions League final in Kiev on May 26.