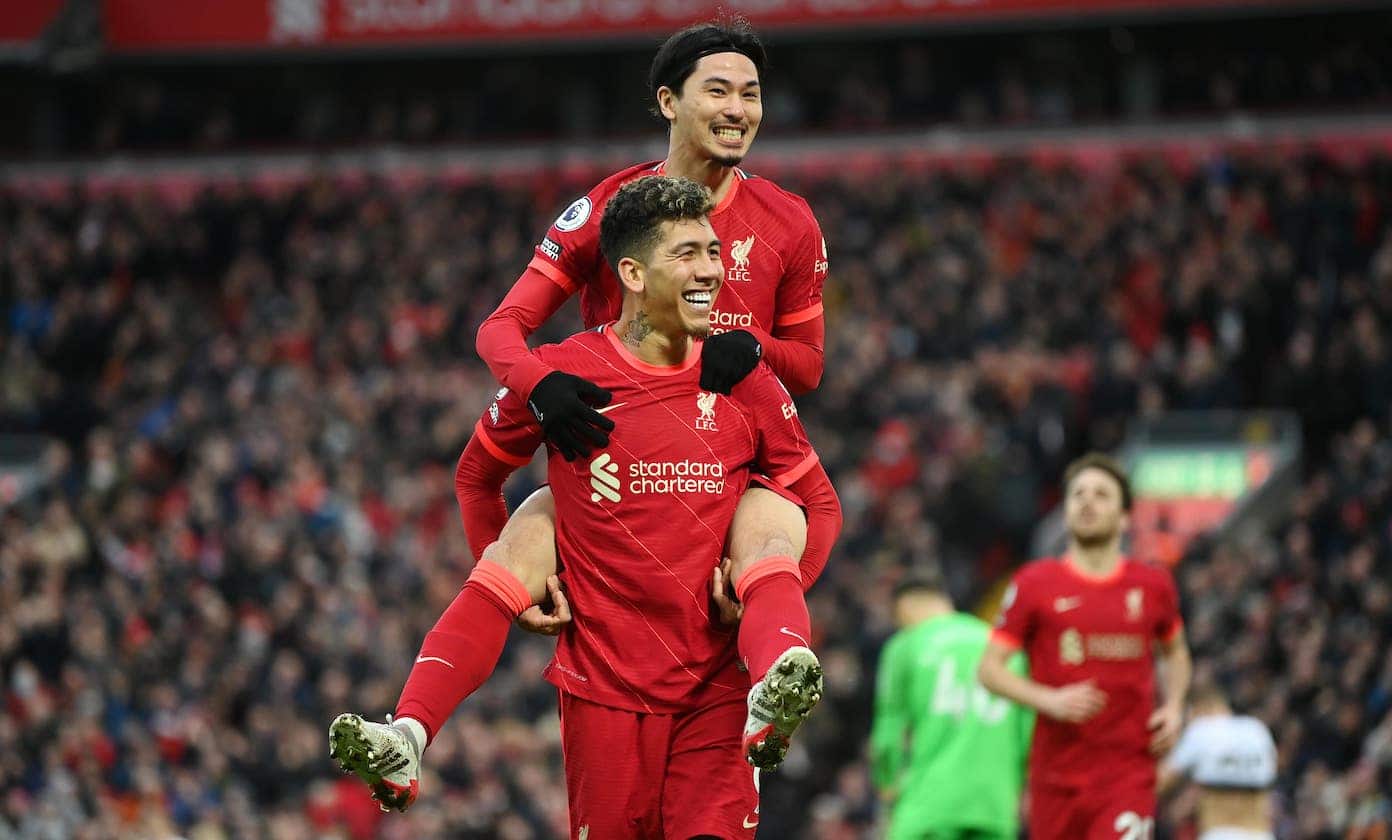 Goals from Fabinho, Alex Oxlade-Chamberlain and Takumi Minamino saw Liverpool return to winning ways with a 3-0 victory over Brentford on Sunday afternoon.

Liverpool dominated proceedings despite some promising moments for the visitors, with the Reds going into the break 1-0 up following Fabinho's header from a Trent Alexander-Arnold corner.

It remained relatively comfortable for Jurgen Klopp's side in the second half as Alex Oxlade-Chamberlain doubled their lead before substitute Takumi Minamino added a third to seal all three points.

The result sees Liverpool move two points above Chelsea to second in the table, with the Reds now 11 points behind league-leaders Manchester City with a game in hand. 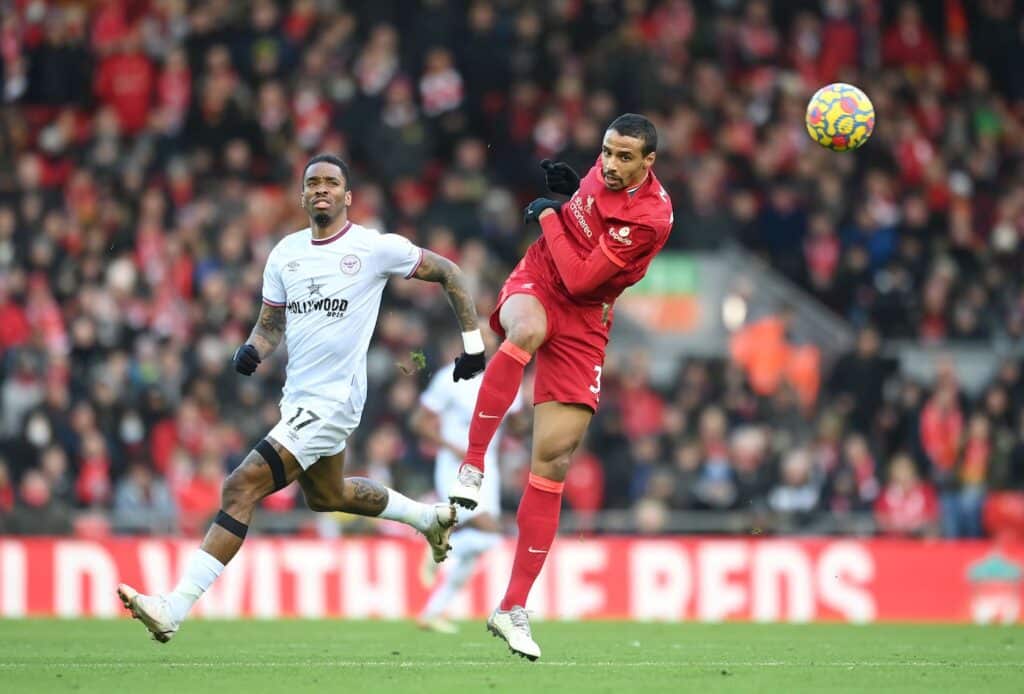 Klopp made two changes to the side that took on Arsenal in midweek, with Alex Oxlade-Chamberlain and Curtis Jones coming into the starting eleven in place of James Milner and Takumi Minamino.

Diogo Jota had an early opportunity after the ball fell to him following an Andy Robertson corner, but his close-range effort was deflected behind as the visitors survived an early scare.

There were plenty of early warning signs for Thomas Frank's side as Jota saw his header go over the crossbar after connecting with Oxlade-Chamberlain's cross, before Trent Alexander-Arnold had two long-range efforts at goal, with the first blocked and the second going just wide of the post.

Virgil van Dijk went close from a corner as he took a touch and hit a left-footed effort goalwards, but the ball was expertly saved by goalkeeper Alvaro Fernandez, who stretched to get a strong toe on the ball.

Van Dijk had another attempt moments later as he connected with another Alexander-Arnold corner, but the Dutchman couldn't generate enough pace on the ball as Fernandez comfortably collected to deny the Reds' No.4. 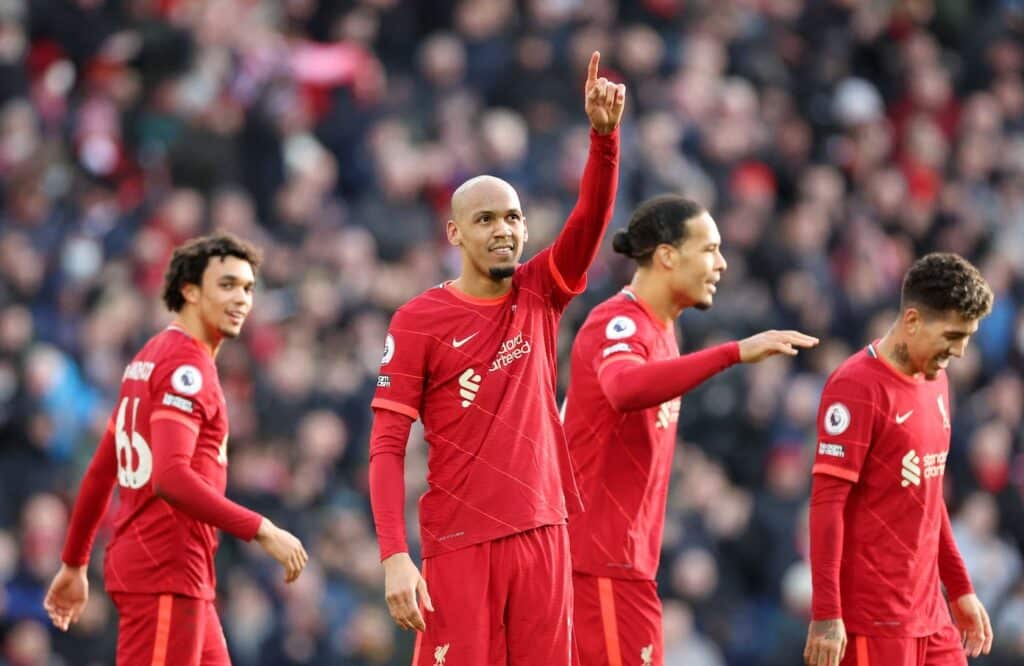 Robertson's volleyed cross was met by Roberto Firmino but the Brazilian was unable to get his timing right before Joel Matip showed excellent composure at the other end of the pitch to deny Ivan Toney after Bryan Mbeumo had nearly slipped him in.

Despite the visitors threatening just before the break, it was Liverpool who took a deserved lead as Alexander-Arnold's in-swinging corner found its way to Fabinho, who nodded the ball into the back of the net to give the Reds a 1-0 lead at the interval.

Klopp's side looked to make a quick start to the second half as Fabinho and Jones both had powerful efforts at goal from outside the box, but Fernandez was up to the task on both occasions.

A mistake in midfield saw Brentford pick up the ball as Christian Norgaard slotted in Mbeumo, who smartly collected before unleashing a low strike at goal that had Alisson scrambling, but the ball went just wide of the near post.

The Reds' nearly doubled their lead just after the hour mark as Alexander-Arnold set up Jota, whose effort cannoned against the woodwork before Firmino's follow-up from the rebound was kept out by Fernandez. 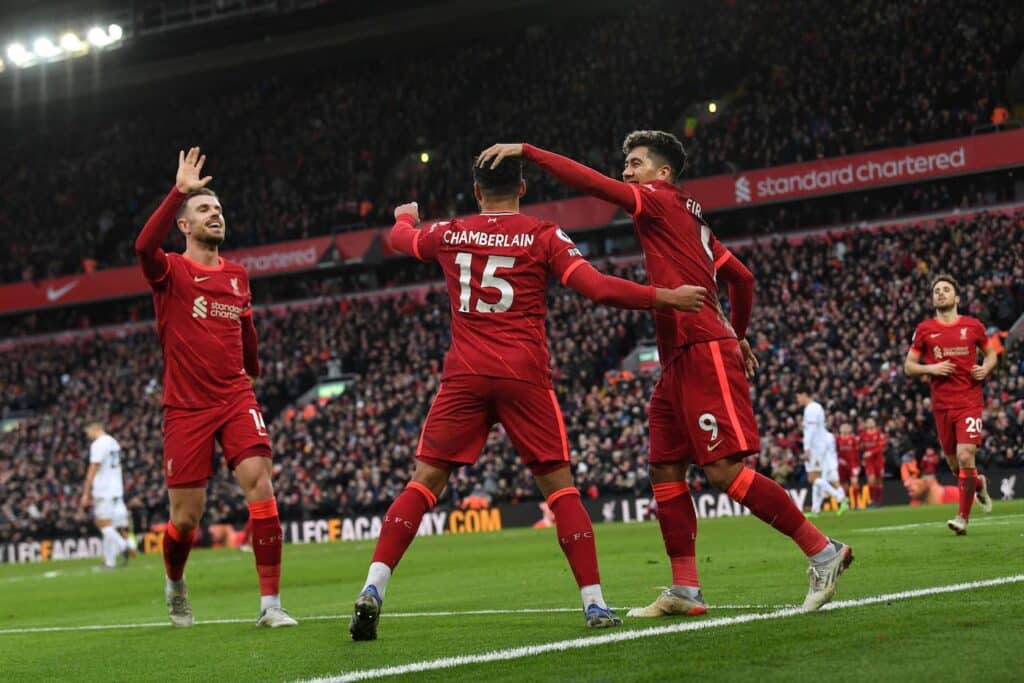 Jota saw another effort saved minutes later but Liverpool went 2-0 ahead soon after as a pinpoint cross by Robertson was met by Oxlade-Chamberlain, who made a clever run at the back-post before nodding the ball into the back of the net.

Oxlade-Chamberlain was forced off following a knock and replaced by Takumi Minamino, who didn't take long to make an impact as he slotted home the Reds' third of the game after Roberto Firmino won the ball up high and set up the Japan international for his second Premier League goal of the season.

Jota made way for Kaide Gordon in the final ten minutes, with the 17-year-old nearly finding the back of the net after being played through on goal, but Fernandez denied the youngster a goal on his maiden Premier League appearance.