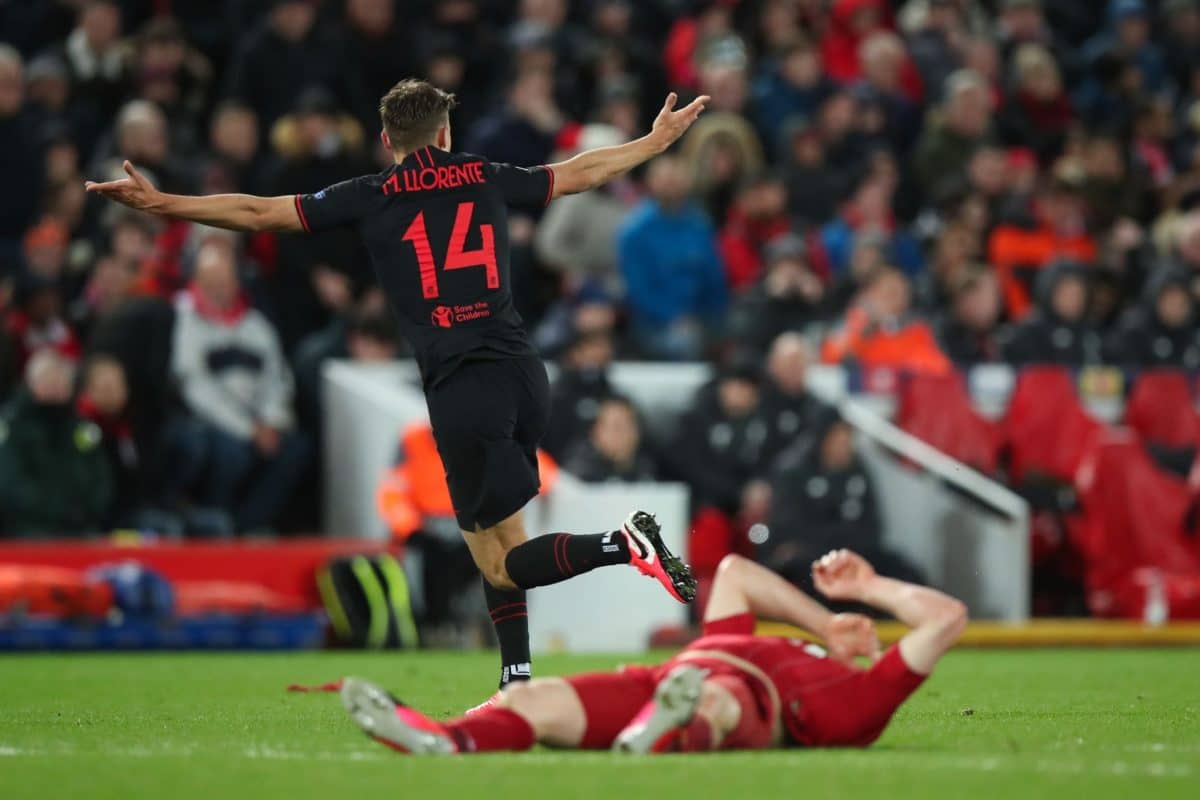 Liverpool vs Atletico Madrid highlights: Liverpool were knocked out of the Champions League last-16 after losing 4-2 on aggregate to Atletico.

Jordan Henderson and Andy Robertson both returned to the side, with Jurgen Klopp choosing to bench Fabinho in the middle of the pitch.

Liverpool made a measured start to the game as they worked the ball around patiently in search of an opening behind Atletico’s defence.

The visitors showed little in the way of an attacking threat as they set up in a low block to try and deny the Reds any space in dangerous areas. 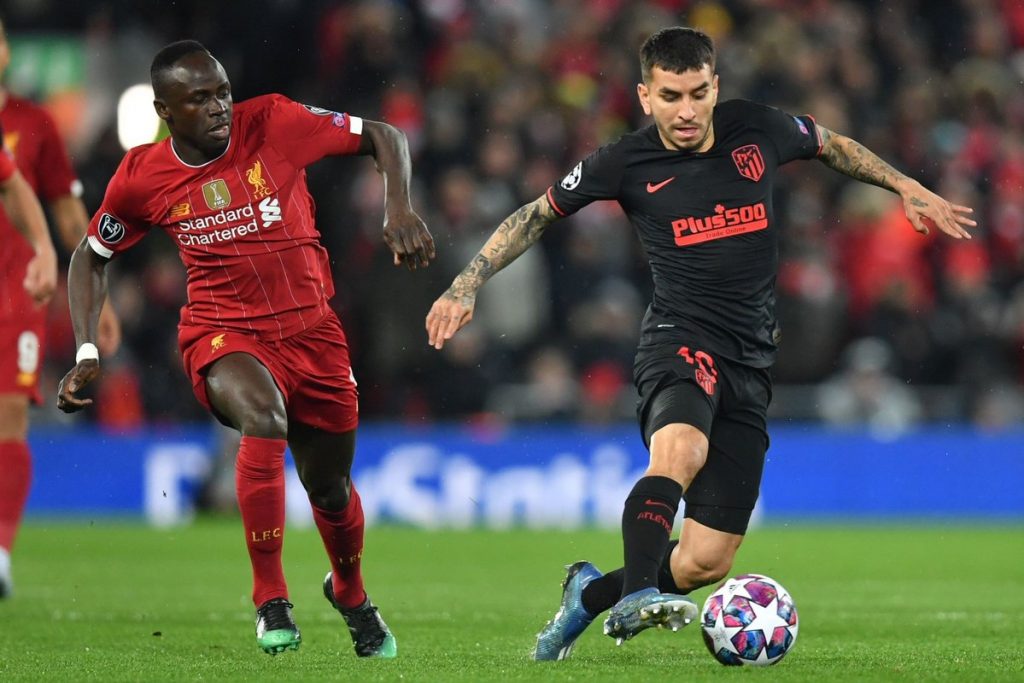 Mohamed Salah had an early sighter on goal as Sadio Mane won the ball back and passed to the Egyptian on the edge of the box. Salah had no hesitation to look for goal but his curling effort went just over the bar.

An excellent strike by Alex Oxlade-Chamberlain from the right side of the box forced Jan Oblak into a challenging low save, with the Atletico keeper also having to deal with a lurking Roberto Firmino, who nearly got a decisive touch on the shot.

Atletico then came inches away from a vital away goal as Felipe got on the end of an in-swinging corner at the near post, but his header hit the wrong side of the net.

Liverpool’s attacking threat waned as the first half continued as Atletico exerted pressure on the Reds midfield, but it remained a tight affair with both sides eager not to allow the other any space in crucial areas.

Mane saw an effort from the edge of the box saved by Oblak, before Trent Alexander-Arnold’s inviting cross looked set to be touched home by Firmino. However, the Brazilian couldn’t reach the ball despite his outstretched leg.

With a little over two minutes left of the first half, Gini Wijnaldum popped up with another crucial goal in the Champions League knockout stages as he connected with Oxlade-Chamberlain’s cross and powerfully headed the ball past Oblak.

Simeone was visibly frustrated at his side after the break as Liverpool dominated the ball and knocked on Atletico’s door, with Oxlade-Chamberlain testing Oblak with a ripper from 35 yards out.

A quick Atletico counter saw Felix shoot straight at Adrian, who made an error and parried the ball to Angel Correa. The Argentine’s effort was smothered by the Reds keeper, who saved his blushes. 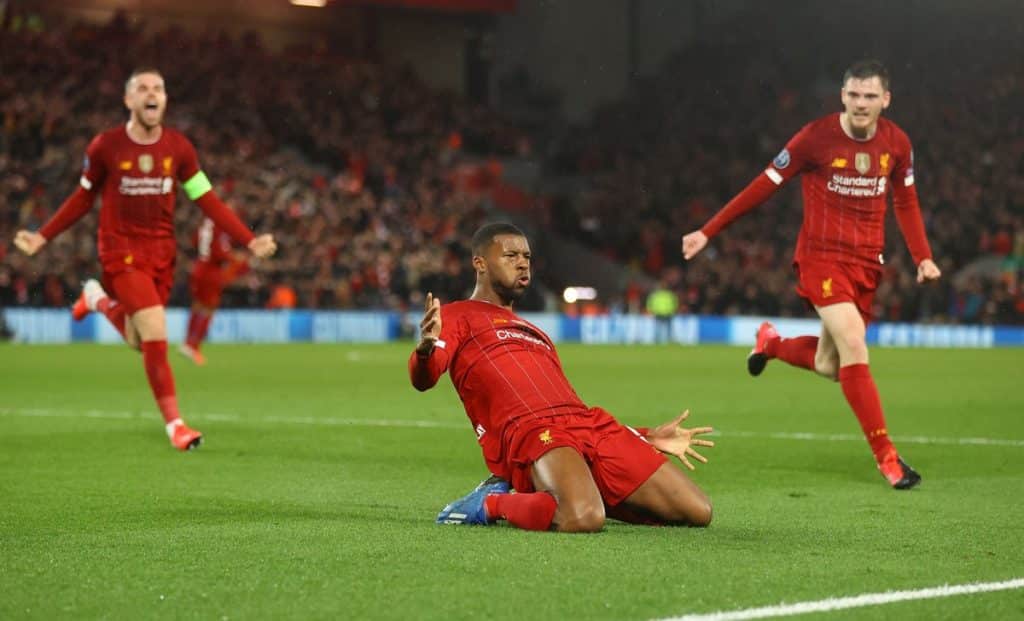 Liverpool were denied a crucial second goal by a matter of inches when Robertson hit the crossbar after good work from Salah, with the Reds looking likelier of the two sides to edge ahead in the tie.

A well-worked corner saw Alexander-Arnold cut back for Robertson at the edge of the box, with the Scotsman once again unable to keep his effort down as another chance went begging.

James Milner came on for Oxlade-Chamberlain and nearly made an instant impact as he found Wijnaldum in the box from the left. The Reds goal-scorer miscued his header but the ball fell to Mane, who attempted the spectacular with an overhead kick, only for the ball to go over the crossbar.

With extra-time looming, Atletico thought they won the tie when Saul put the ball into the back of the net. However, four Atletico players were offside from the set-piece as Liverpool survived and the game advanced to the extra-time.

Liverpool got a vital second goal and edged ahead in the tie just four minutes into added time as Wijnaldum drove forward and found Firmino. The Brazilian saw his header hit the post but the ball fell back to his path as he finished past a stranded Oblak. 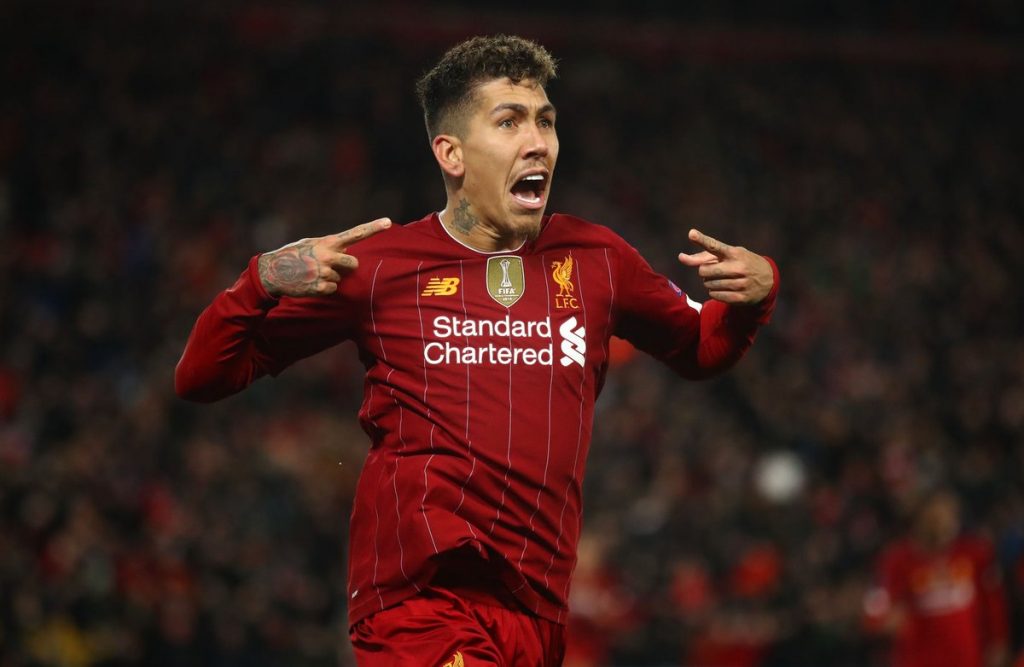 Despite Liverpool looking in cruise control, Atletico struck back inside two minutes and regained their lead in the tie on away goals. Adrian passed the ball straight to the visitors, with Felix pouncing and finding Marcos Llorente, who slotted past the Reds keeper, with Liverpool needing to score once more.

With just seconds remaining in the first period of extra-time, substitute Alvaro Morata passed to Llorente, who shot again from the edge of the box and caught Adrian cold, with the Atletico midfielder netting to make it 2-2 on the night and 3-2 on aggregate, with the Reds having it all to do to stay in the Champions League. 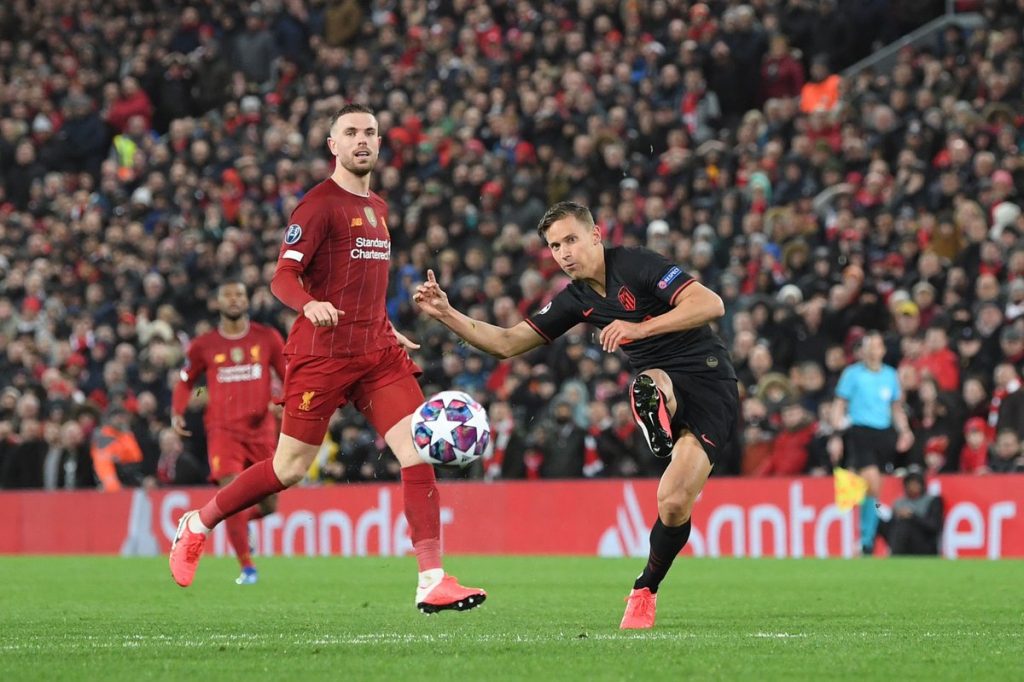 Fabinho and Divock Origi came on in a double substitution at the break with Henderson and Wijnaldum both being replaced in the middle of the park.

Liverpool failed to pose much of a threat after the interval as Takumi Minamino was introduced for Firmino.

Atletico kept the Reds at bay and added insult to injury as Morata got in behind the Liverpool defence and made it 3-2 on the night to knock the reigning European champions out of the competition.

It was Liverpool's first defeat at home in the Champions League since 2014, with all focus now on clinching the Premier League title within two weeks' time.

Disclaimer: Liverpool vs Atletico Madrid highlights are provided and hosted by external sources, notably DailyMotion, Youtube and forstreams.com. We help you discover publicly available material and act as a search engine. We do not host or upload this material and are not responsible for the content.