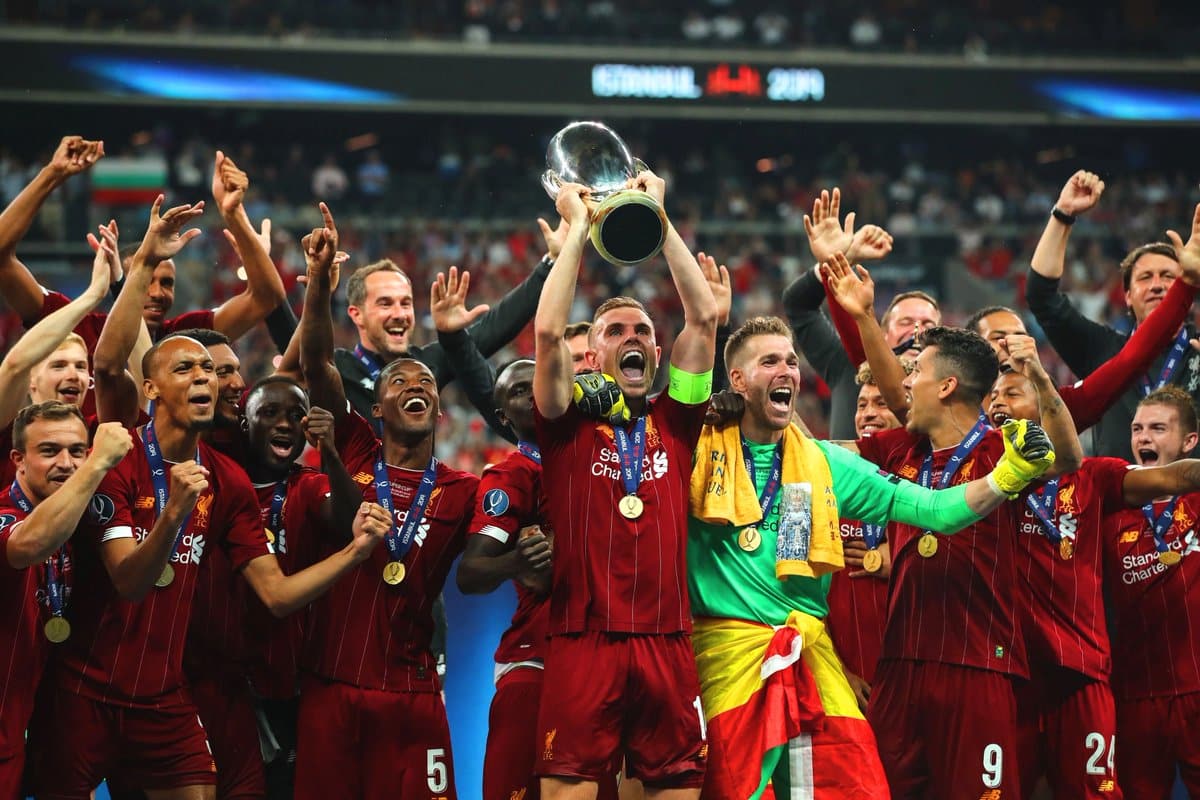 The Reds came back from a goal down to win the Super Cup on penalties after an enthralling 120 minutes at Vodafone Park on Wednesday.

With Joe Gomez shifting to right-back, it was captain Jordan Henderson who often drifted to the right to provide the width for the Reds.

Chelsea started the game well and appeared to be winning the tactical battle, creating plenty of dangerous chances in behind the Liverpool midfield. 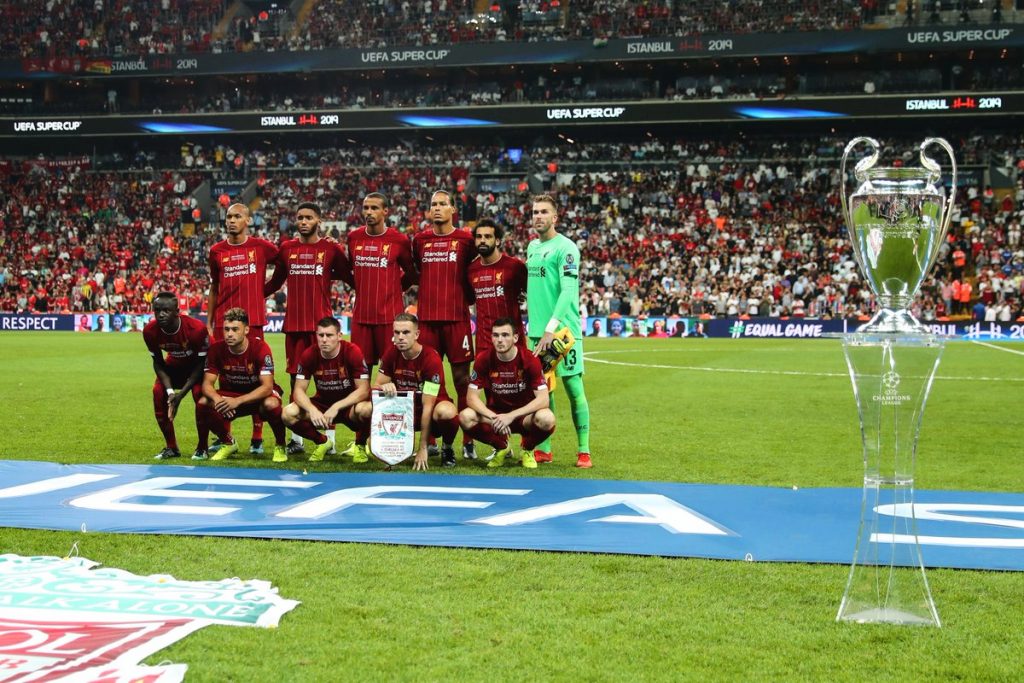 Olivier Giroud and Christian Pulisic both looked threatening for Frank Lampard's side, whilst the Reds attack looked lacklustre, barring a saved effort from Mohamed Salah - who was slid in by Oxlade-Chamberlain.

Blues winger Pedro got in behind a couple of times in the opening half-hour, however, a diving Adrian and then Andy Robertson managed to snuff out the danger on both occasions for Klopp's side.

Chelsea looked the fitter of the two sides and got their reward through Giroud after Pulisic picked out the Frenchman in the box. Giroud sent a low finish into the back of the net past Adrian, who could do little about the effort.

Chelsea thought they had doubled their advantage ahead of half-time, however, Pulisic's drilled shot was ruled out for offside after tidy work from the attacking midfielder.

Klopp brought on Roberto Firmino for Oxlade-Chamberlain at half-time as he looked to change the complexion of the game and the Brazilian made an instant impact on the Reds attack. 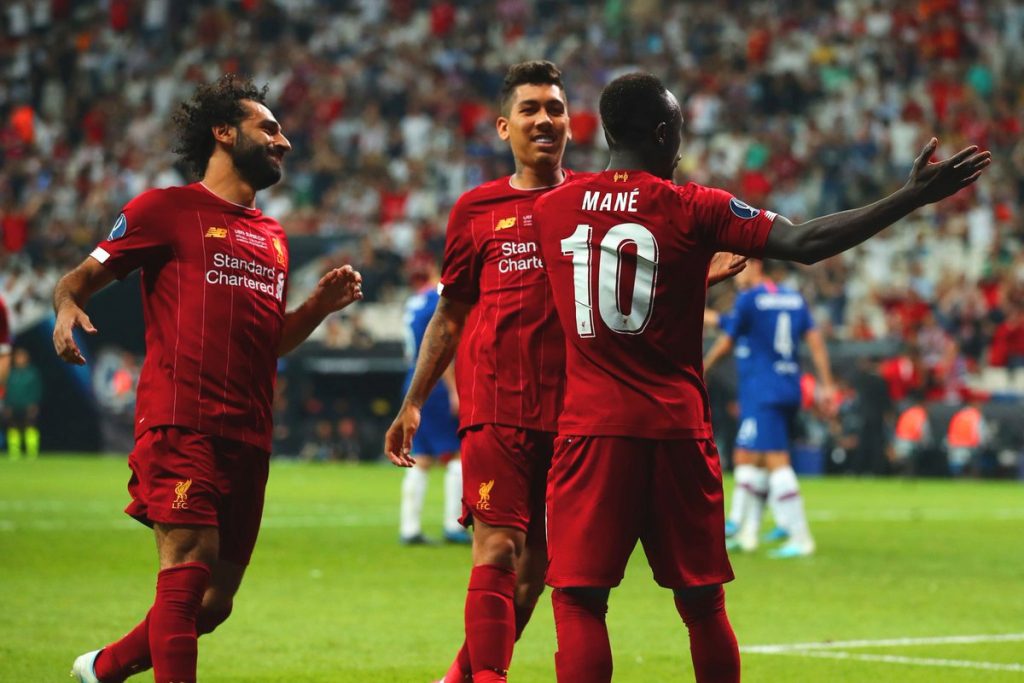 He got on the end of Fabinho's lobbed pass and knocked the ball past Kepa, with Mane on hand to bundle the ball over from close-range and equalise for Liverpool.

Firmino continued to look dangerous, with Chelsea's defence struggling to cope with him and his clever passes, one which saw Fabinho go close with a powerful shot from the edge of the box.

The game fell into a bit of lull with 25 minutes to go as Klopp replaced Milner with Gini Wijnaldum and the Blues boss introduced Tammy Abraham and Mason Mount to try and freshen things up.

The Reds looked like taking the lead from Henderson's corner as Salah and then Van Dijk sent two efforts goalwards, however, Kepa produced a magnificent double-save to keep the Liverpool duo out from close-range.

Chelsea finished the 90 minutes the stronger of the two sides but they were once again denied by the offside flag as Mount's low shot past Adrian was ruled out, much to the relief of Liverpool supporters in the stands. 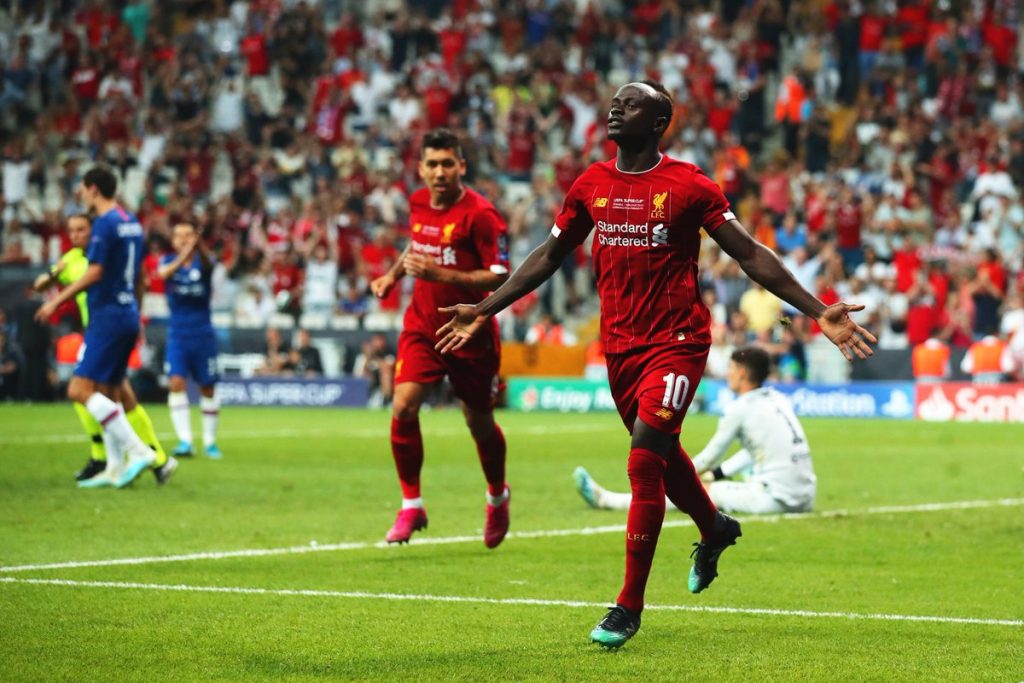 Robertson was replaced by Alexander-Arnold at the start of extra-time, with Gomez shifting to the Scotsman's position at left-back.

The Reds started extra-time in perfect fashion as Mane picked up the ball and played in Firmino, who sent a reverse pass back to the Senegal international to finish in excellent fashion for his second goal of the game.

Chelsea responded just five minutes later after Adrian was adjudged to have brought down Abraham in the box. Jorginho stepped up to convert from the penalty spot and make it 2-2 to send the game to penalties.

Both sides were flawless from the spot as Firmino, Fabinho, Divock Origi, Alexander-Arnold and Salah all converted Liverpool's first five penalties.

Abraham stepped up for Chelsea's fifth penalty, only for Adrian to keep the Englishman out and win Liverpool the Super Cup on his first full start.

Disclaimer: Liverpool vs Chelsea (Super Cup) highlights, goals and full-match videos are provided and hosted by external sources, notably DailyMotion and Content-Ventures. We help you discover publicly available material and act as a search engine. We do not host or upload this material and are not responsible or liable for the content.