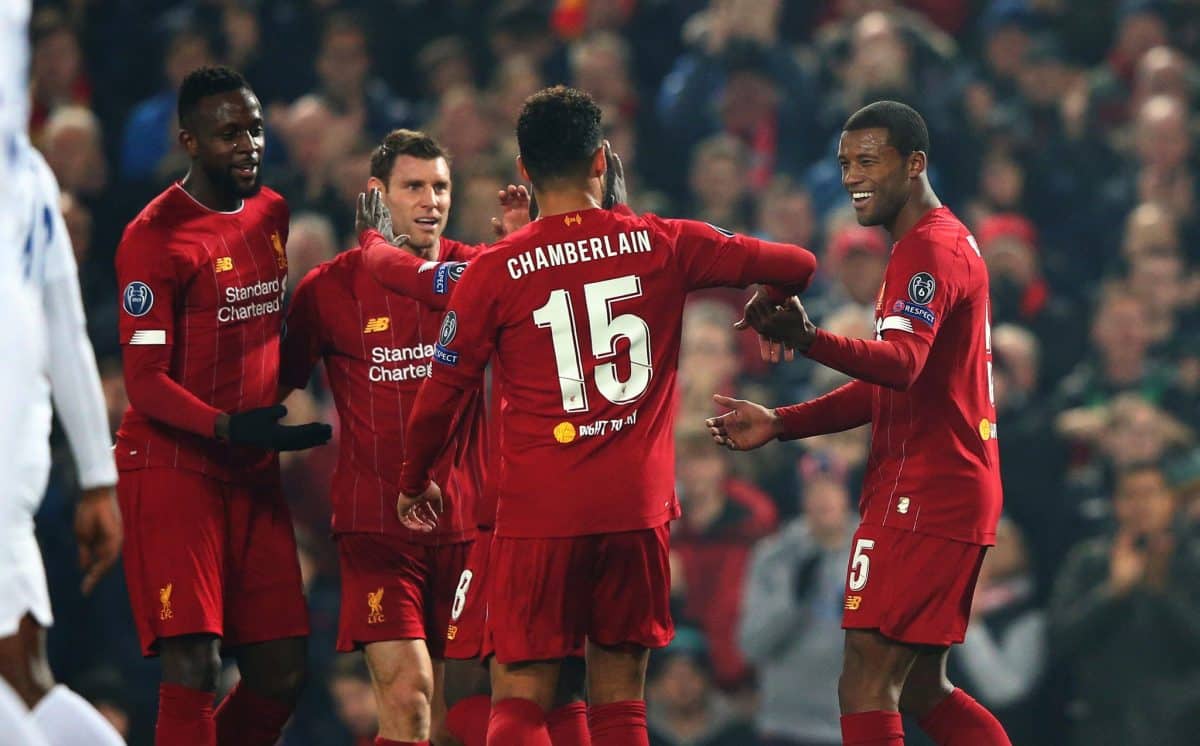 Liverpool vs Genk highlights - Gini Wijnaldum and Alex Oxlade-Chamberlain scored as Liverpool beat Genk 2-1 in the Champions League on Tuesday.

Jurgen Klopp made six changes to the side that beat Aston Villa at the weekend as Alex Oxlade-Chamberlain, Divock Origi, Fabinho, James Milner, Joe Gomez and Naby Keita came into the side.

Andy Robertson, Sadio Mane and Roberto Firmino were named on the bench, with perhaps a view to this Sunday’s clash against Manchester City, whilst Jordan Henderson was sidelined due to illness.

The Reds took the lead in the 14th minute as Origi played in Milner, whose left-footed cross rebounded off a Genk defender and fell to Gini Wijnaldum, who finished superbly with a deft touch from close-range. 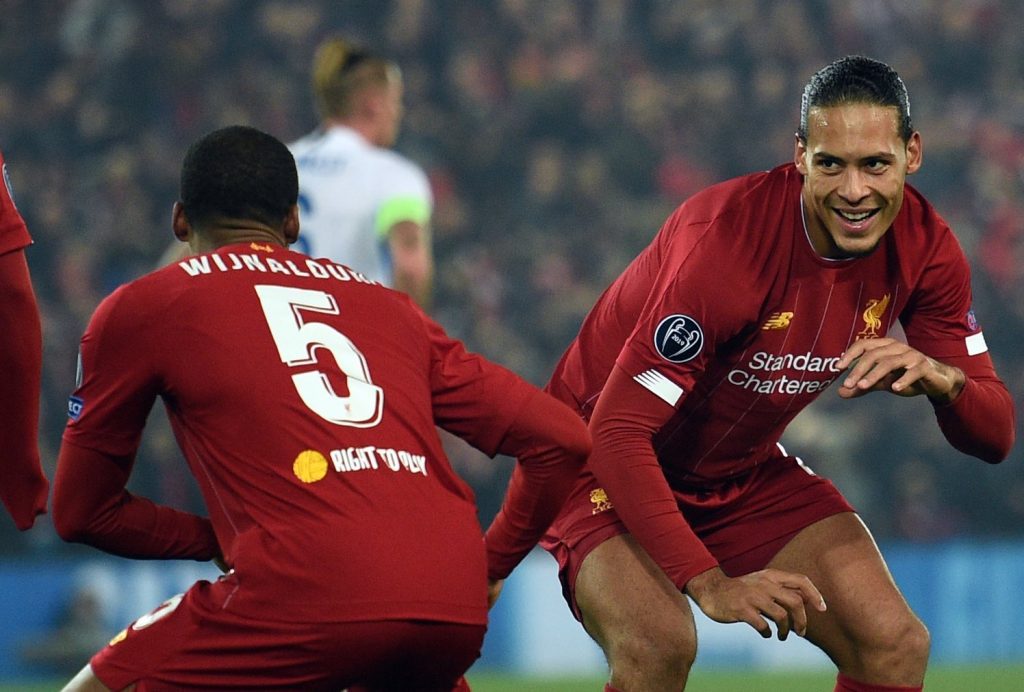 Klopp’s side looked threatening throughout the first-half, with Mohamed Salah and Oxlade-Chamberlain regularly switching positions to cause havoc for the visitors.

A quick break led by Oxlade-Chamberlain saw him play in Keita, who made a good run into the box from the left. His powerful effort was saved by the goalkeeper, who was also up to mark for the follow-up shot from the Guinean.

The Reds nearly doubled their advantage with 35 minutes gone as Milner found Salah, who ran into the box and sent a powerful strike goalwards, only for the ball to flash wide of the far post.

With a little over five minutes of the first half remaining, Genk grabbed a shock equaliser with their first effort of the game as the Reds switched off from a corner and allowed Mbwana Samatta to head home. 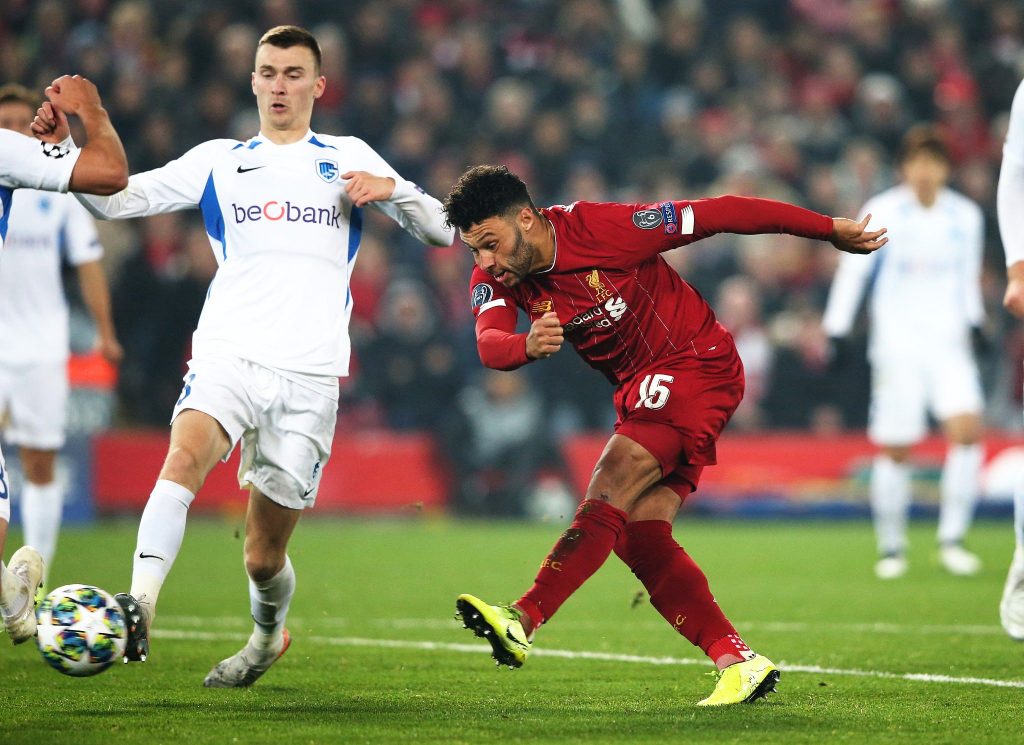 Klopp’s side nearly responded minutes later as Fabinho won possession in midfield and Keita played in Origi, however, the Belgian spurned the opportunity as he dragged his shot wide.

The Reds edged back in front in the second half as Fabinho found Salah, who did really well to play in Oxlade-Chamberlain, who swivelled and shot brilliantly with his left foot to make it 2-1.

Salah could have scored the Reds' third of the night as he did well to hold off a challenge at the edge of the box, however, the Egyptian could only scuff his shot straight at the goalkeeper.

It was wave after wave of Liverpool attacks as the second-half wore on, with the Reds piling on the pressure and coming close via Alexander-Arnold, Wijnaldum and Virgil van Dijk. However, Felice Mazzu's side stood firm to keep the hosts at bay. 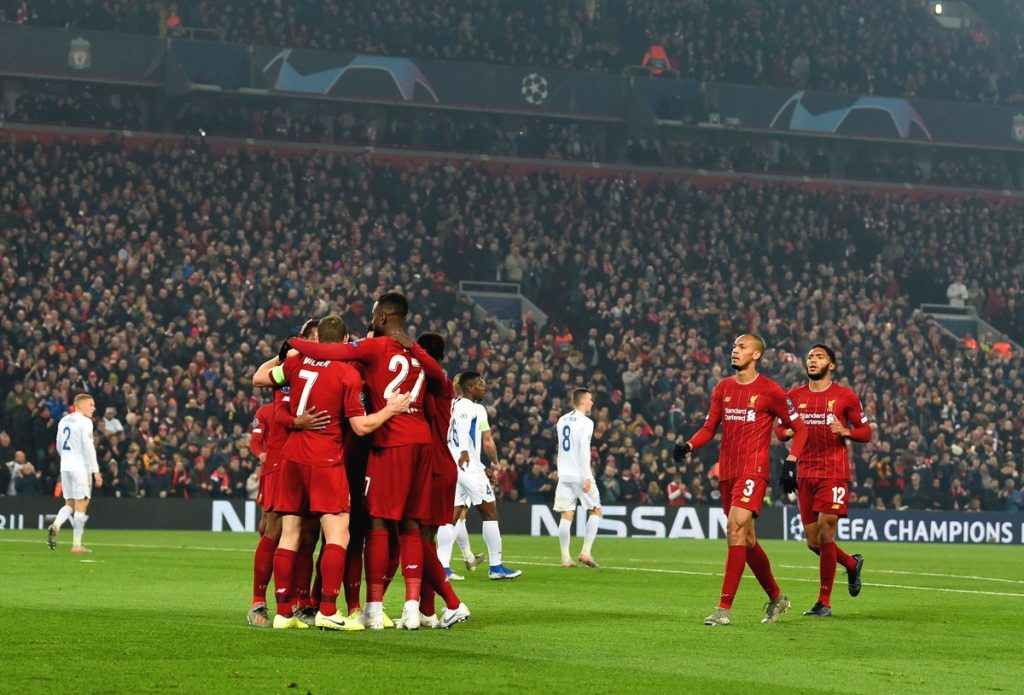 With a little over fifteen minutes to go, Klopp brought off Keita and Oxlade-Chamberlain as Robertson and Mane got a runout. Milner moved up into midfield, whilst Mane went through the middle in Firmino's usual role.

The visitors threatened an equaliser after a good move that saw midfielder Bryan Heynen played through. The 22-year-old tested Alisson with a powerful shot, however, the Brazilian did well to save and push the ball wide.

Despite a late resurgence from Genk, Liverpool held on for a well-earned three points. With Napoli being held at home in the other Group E fixture of the night, the Reds are now in pole position, sitting at the top of the group.

Disclaimer: Liverpool vs Genk highlights are provided and hosted by external sources, notably DailyMotion, YouTube and forstreams.com. We help you discover publicly available material and act as a search engine. We do not host or upload this material and are not responsible for the content. More →