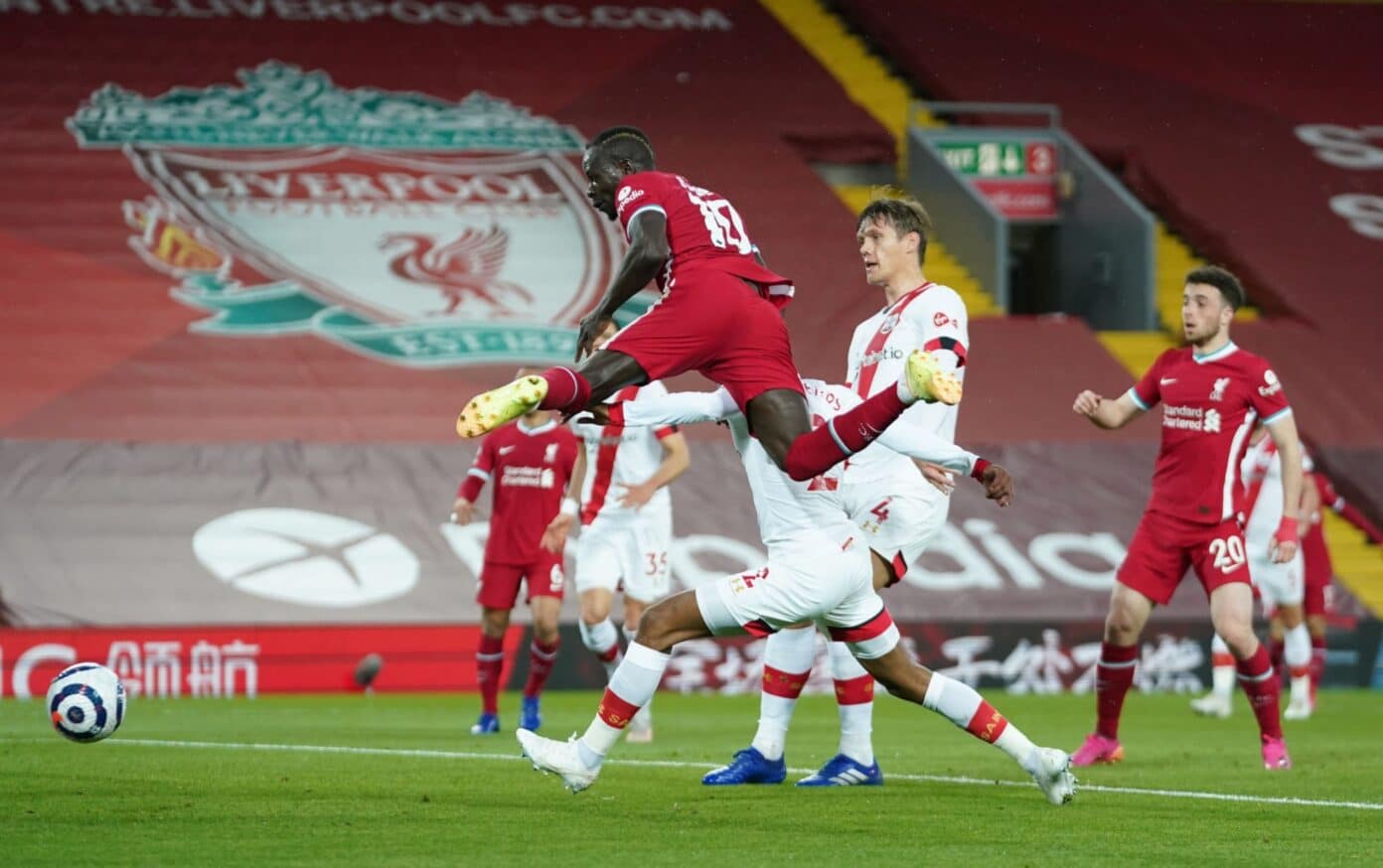 Liverpool vs Southampton highlights - Watch all the highlights as goals from Sadio Mane and Thiago sealed all three points against the Saints on Saturday night.

Jurgen Klopp made two changes from Liverpool's last outing against Newcastle as Nathaniel Phillips returned from injury to partner Rhys Williams, who made his first start since April after a knock to Ozan Kabak in training.

Liverpool predictably enjoyed the greater share of possession in the first half, with Phillips and Williams looking secure in defence despite the threat Southampton posed on the break.

Nathan Redmond looked particularly threatening for the visitors when given the chance to run at the Reds' defence, but it was Liverpool who were likelier of the two sides to take the lead.

Sadio Mane, Diogo Jota and Mohamed Salah all had chances to give the Reds the lead and it was Mane who eventually turned home from Salah's cross to hand the Reds the advantage.

Salah could have made it two a few minutes later but his shot was crowded out before Nathan Tella headed straight at Alisson before the half-time whistle.

Southampton made the Reds work hard in the second half as they stopped the Reds from bagging a second, with chances to equalise for both Michael Obafemi, only for Alisson to keep the duo out.

Mane thought he'd grabbed a brace after turning home from Trent Alexander-Arnold's lofted ball inside the final ten minutes, but the linesman correctly flagged for offside.

But Liverpool finally sealed the deal as Thiago placed the ball into the bottom corner from the edge of the box to make it 2-0 and give the Reds all three points.

The result sees the Reds move to sixth in the table, six points behind fourth-placed Leicester with a game in hand.