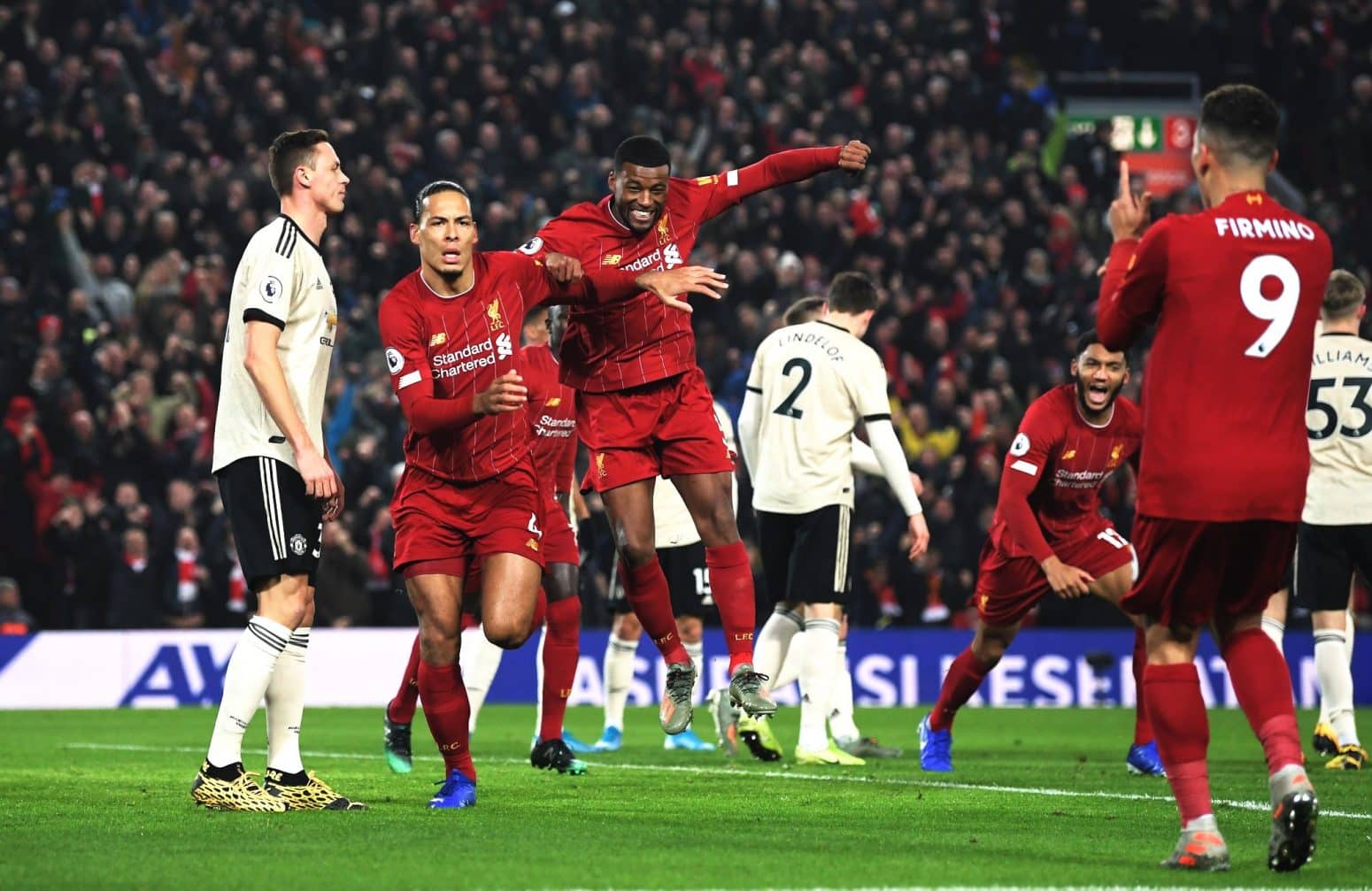 The unchanged Reds looked to assert themselves at the start of the game, but Man United looked up to the task as they matched Jurgen Klopp's side.

However, the league leaders remained composed and took the lead in the 14th minute as Virgil van Dijk towered above Harry Maguire and headed home Trent Alexander-Arnold's corner past David de Gea.

Roberto Firmino found space inside the area and unleashed an excellent curling effort into the top corner, only for VAR to intervene and rule the goal out for a foul by Van Dijk against De Gea in the build-up. 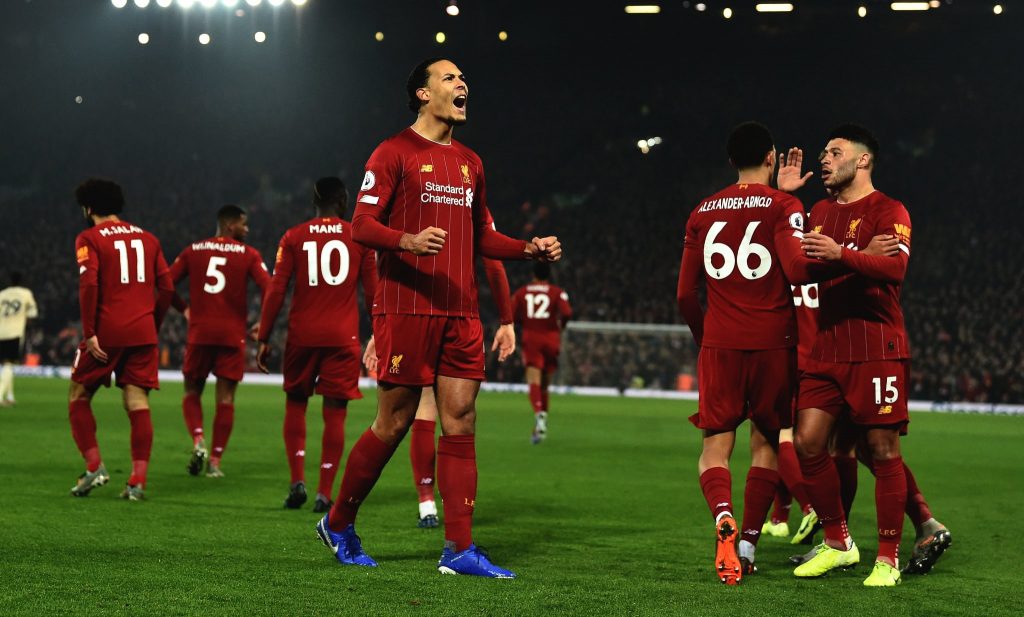 An excellent team move saw Gini Wijnaldum played through by Alex Oxlade-Chamberlain, with the Dutchman finishing excellently to double the Reds advantage. However, the linesman ruled the goal out for a marginal offside, with VAR sticking with the on-field decision.

Liverpool continuously looked for ways to get through Man United’s defence, often opting to go wide to their full-backs to try and draw the visitors out of their shape.

Ole Gunnar Solskjaer's had a golden chance just before the break as Aaron Wan-Bissaka put the ball across the face of the goal. Andreas Pereira was waiting at the far post but failed to make enough contact to divert the ball into the open goal.

Liverpool came out quick at the start of the second half and should have gone ahead through Mohamed Salah, who fluffed an excellent opportunity from Andy Roberton's cross as another chance went begging for the Reds. 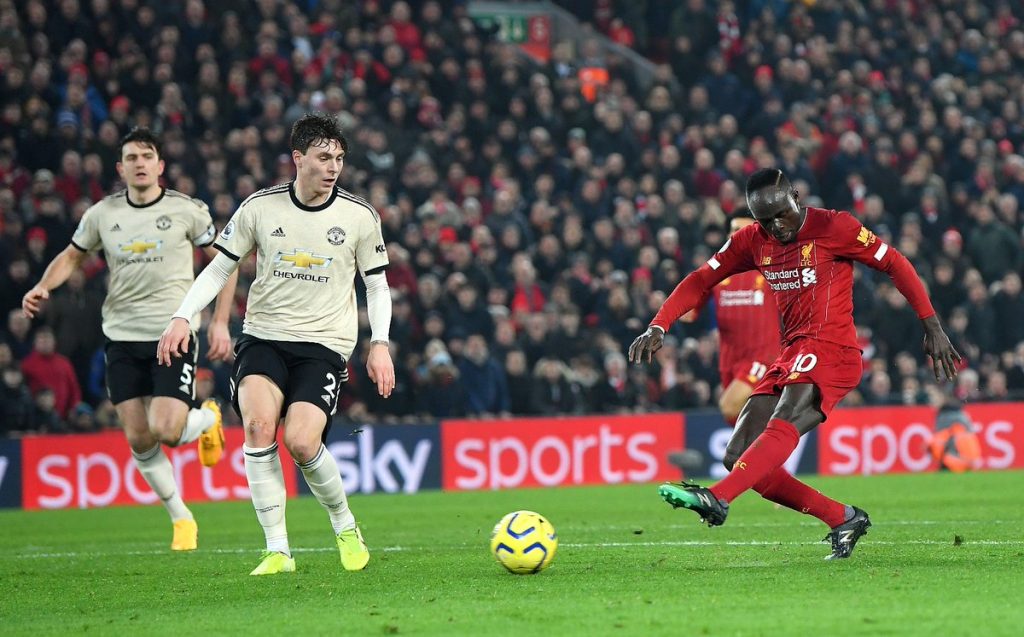 The Reds went close just a few minutes later as Jordan Henderson saw his powerful effort from the edge of the box saved on to the woodwork by the fingertips of De Gea.

Liverpool had seven attempts at goal in the first ten minutes of the restart as they exerted pressure on a waning United side that were being overrun in midfield.

United stemmed the flow for a few minutes and should have found an equaliser through Anthony Martial, who was put through by Perreira. The Frenchman failed to keep his composure and blazed over with a wild effort, much to the relief of the Reds.

Liverpool's control in the middle of the park began to soften with Fred powering through the Reds midfield. Adam Lallana replaced Oxlade-Chamberlain with a little over 25 minutes to go as Klopp looked to regain his side's momentum.

The substitution had little effect on the flow of the game as Liverpool looked edgy and United continued to pile the pressure on Klopp's side.

Firmino and Sadio Mane were withdrawn with a little under eight minutes left as Divock Origi and Fabinho replaced the duo, with Klopp opting for a 4-4-2 formation to see the game out. 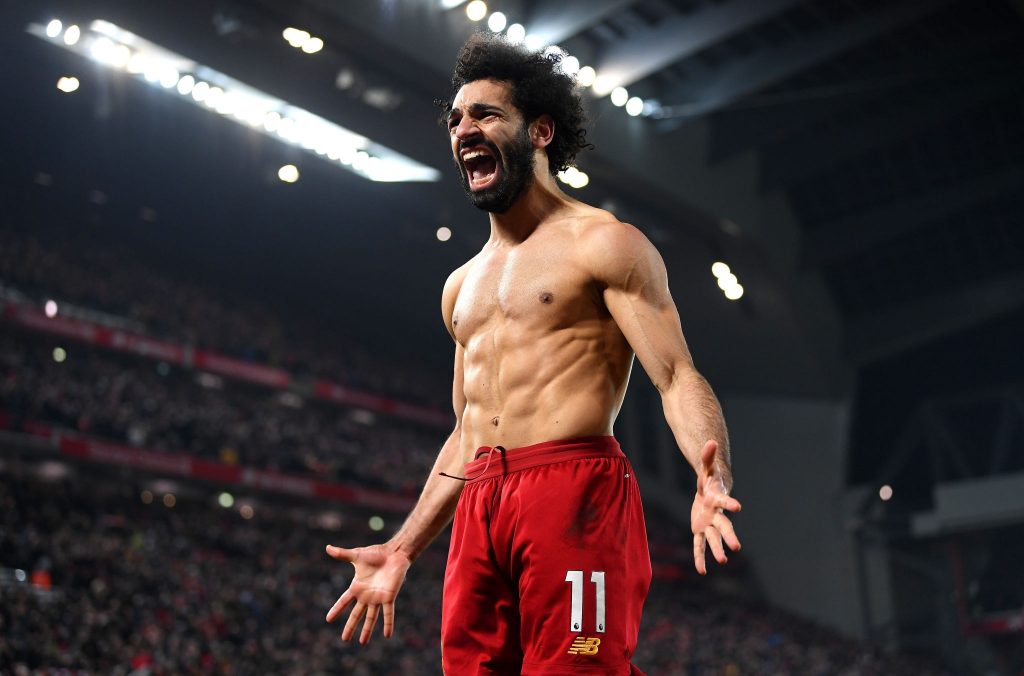 With seconds remaining and United camped in the Reds half, Alisson released Salah through on goal, with the Egyptian holding off Daniel James and slotting past De Gea in goal to give Liverpool all three points.

With Manchester City and Leicester faltering this weekend, the result sees Liverpool go a staggering 16 points clear at the top of the Premier League table, with a game in hand.

Disclaimer: Liverpool vs Man United highlights are provided and hosted by external sources, notably DailyMotion, Youtube and allstreamup.com. We help you discover publicly available material and act as a search engine. We do not host or upload this material and are not responsible for the content.